Dillard President speaks out against vaccine hesitancy after brother's death

“It’s not me just talking in the abstract about why you should do this. I’m talking about this from a personal perspective. My brother died because of this." 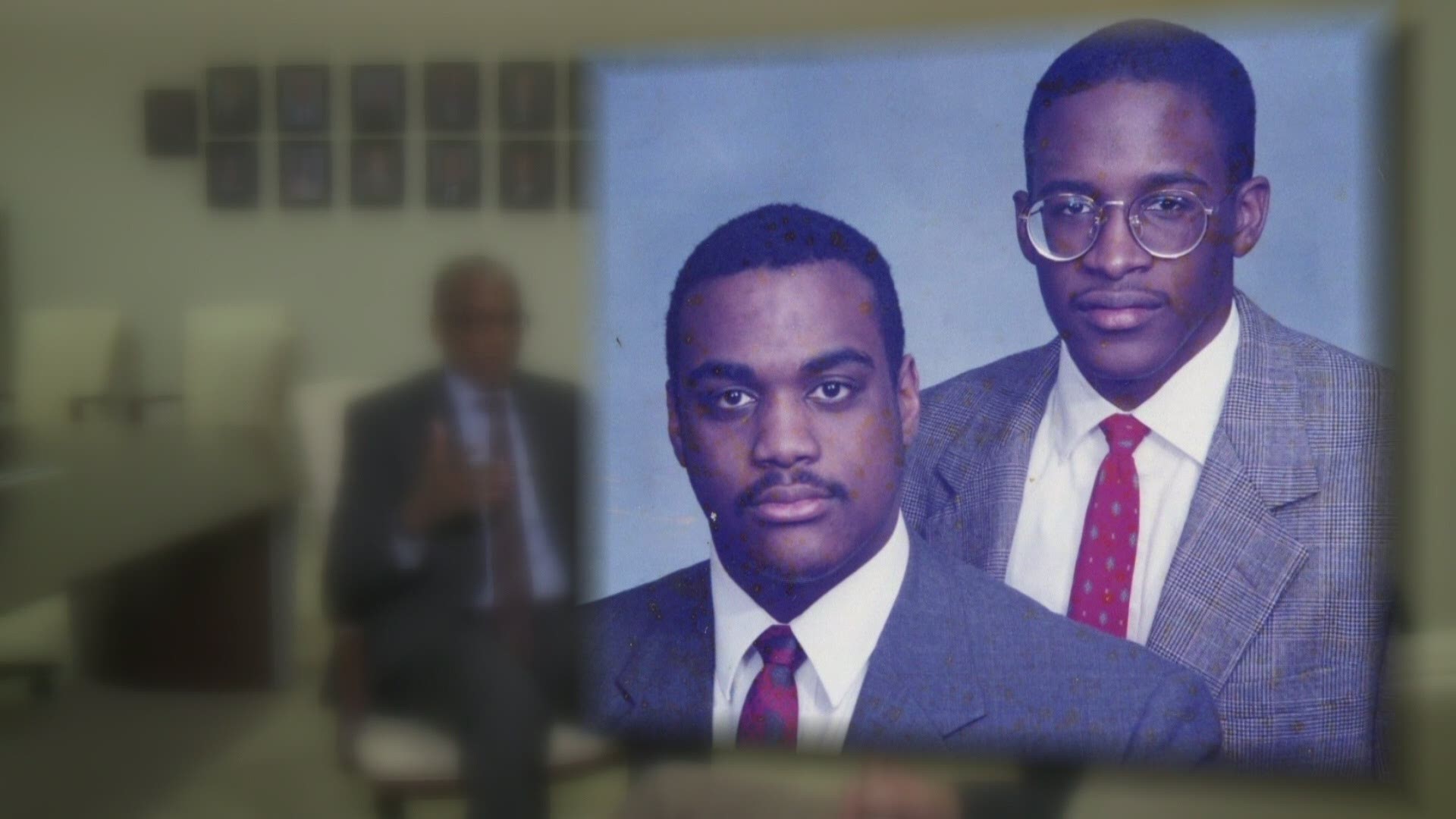 NEW ORLEANS — Amid this week’s news about the Johnson & Johnson COVID-19 vaccine and concerns over blood clot safety, the president of Dillard University shared a story of personal loss.

Just days ago, Dr. Walter Kimbrough lost his brother to the Coronavirus.  His name was Wayne Martin Kimbrough.

“We called him Marty.   He was born after the assassination of Martin Luther King so that’s how he got Martin as his middle name,” Dr. Kimbrough said.

Marty Kimbrough was 51.  He died just six days ago.  Less than two weeks earlier, Dr. Kimbrough posted a message on Twitter emphasizing the pandemic is ongoing and that his brother had contracted COVID.  He went to Twitter again to announce his brother’s death.  This time it had a blunt message: “Ya’ll stop playing…get vaccinated.”

“It’s not me just talking in the abstract about why you should do this.  I’m talking about this from a personal perspective.  My brother died because of this,” Dr. Kimbrough said.

There seems to be cruelty in the timing of the loss.  Dr. Kimbrough said one day after his brother became eligible for the COVID vaccine in Georgia, he tested positive for the virus.  His brother died one day after National Sibling’s Day.

Dr. Kimbrough hopes that message can help fight off the hesitation some people hold against the COVID vaccines.  One recent headline highlighted a trend of roughly 40% of Louisiana Republicans not wanting their shots.

Doctors worry the recent news about the J&J vaccine and blood clots will only complicate the hesitancy already in place.

“The major thing is that people get this idea that vaccines are not so safe,” Dr. Julio Figueroa said.

Dr. Figueroa is the chief of infectious diseases at LSU Heath in New Orleans.  He said the handful of blood clotting cases with the J&J vaccine is minuscule compared to the 6.8 million Americans who’ve received the one-shot dose.  That includes people here in the metro area.  Figueroa says people should remain confident about vaccinations, and the pause in the use of the J&J vaccine shows strict safety screenings are working.

“Vaccination is the only way we’re going to get out of this, and so vaccinating as quickly as possible with whatever vaccine is available to you is your best option,” Dr. Figueroa said.

Figueroa says if people want to reclaim their pre-pandemic life, then vaccines remain our best shot.  Walter Kimbrough believes that the shot could have saved his brother.  His family laid to him rest on Thursday.