2,977 people were killed on 9/11. But, the tragedy touched so many more that weren't aware they had lung damage. 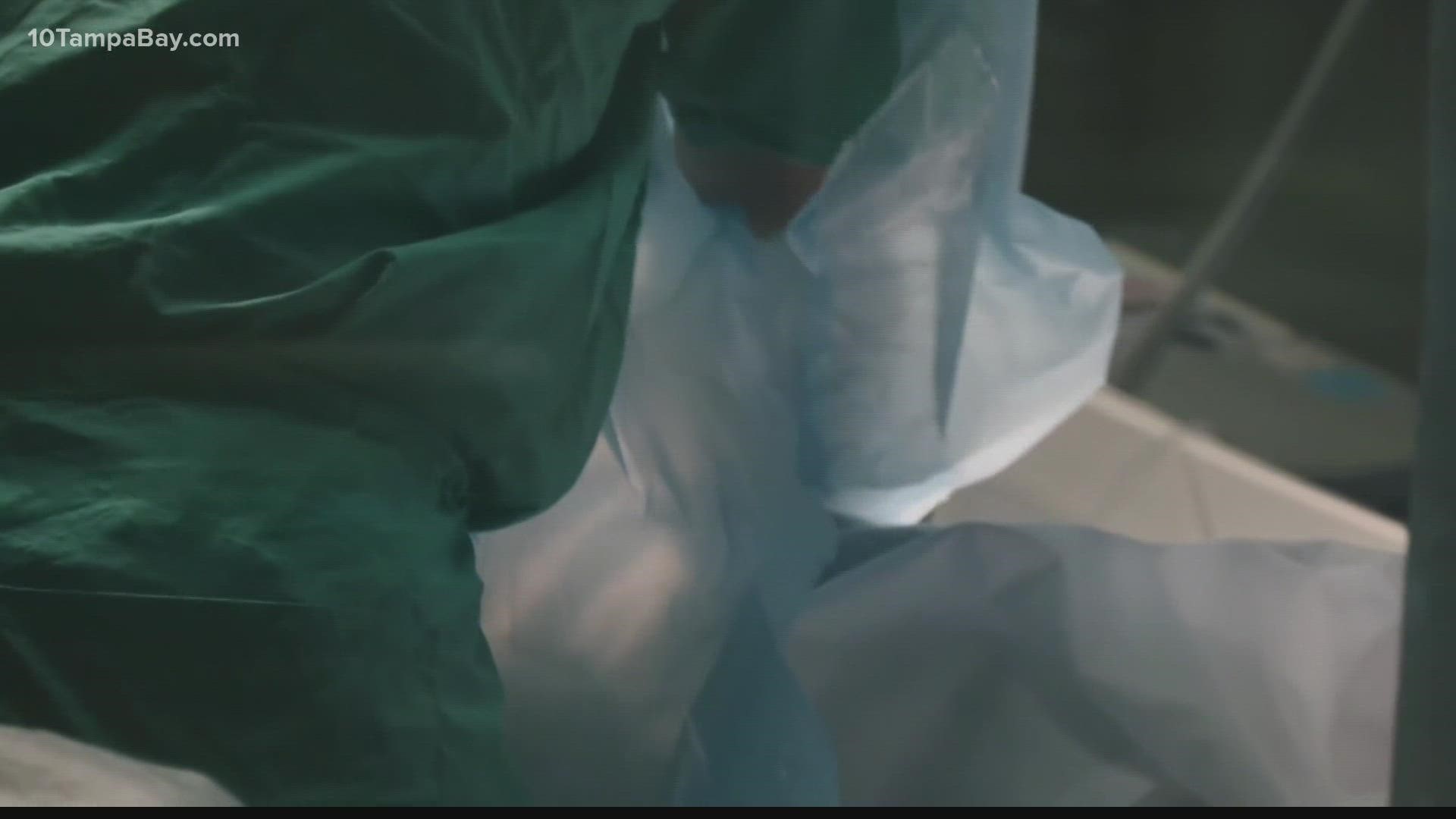 TAMPA, Fla — For 18 months, doctors have been fighting COVID-19 and trying to save the sickest patients.

The stress is familiar to a group of doctors across the nation that treated patients affected by 9/11.

"It's hard to believe that it's been 20 years because when you hear people's stories, it was yesterday. They're so real and the images are so vivid," Dr. Gaetane Michaud said.

"The diseases that we see related to 9/11 are changing slightly over time," Michaud said.

Six years ago, while being the Chief of Interventional Pulmonary at NYU, she realized many that were at ground zero or near the area during that time had lasting lung damage.

"I remember the first patient that I saw in New York. He was a firefighter who had never smoked a cigarette in his life. He came in and talked about his experience at ground zero on 9/11, about being on the pile and shoveling. He had a really nasty, nasty lung cancer and it just stayed with me," Michaud said

Patient after patient, she saw the same thing and started researching.

"I started asking questions of the patients and asking them about their exposures. Had they actually been there on 9/11? What were they doing? More and more I was hearing stories," Michaud said.

Those walking in the rubble, the first responders trying to help, and anyone breathing in the air would be affected. The toxins left many with lasting damage they didn't even know about.

"We saw people that had problems with asthma and sinus issues, and reflux. All kinds of things like that. Now, we're starting to see things like cancers," Michaud said.

Michaud says 80,000 of the 450,000 that were there at ground zero have been identified. That's why she's focused on helping those who may develop cancers from 9/11.

Her lung research there shaped how she treats critically ill COVID-19 patients on the frontlines now.

"We didn't know much about the effects - of the longer-term effects - of inhalation. Of all those things. It's a little bit the same as being at the forefront of a pandemic. You always have to keep your mind open to something that could be completely different, something you've never seen before," Michaud said.

Dr. Michaud says anyone that was near ground zero within the first six months of 9/11 could now be developing cancers. They're are eligible for help through the World Trade Center Health Program. There they can see if they qualify for special health insurance and find designated physicians that can help with their diagnosis.