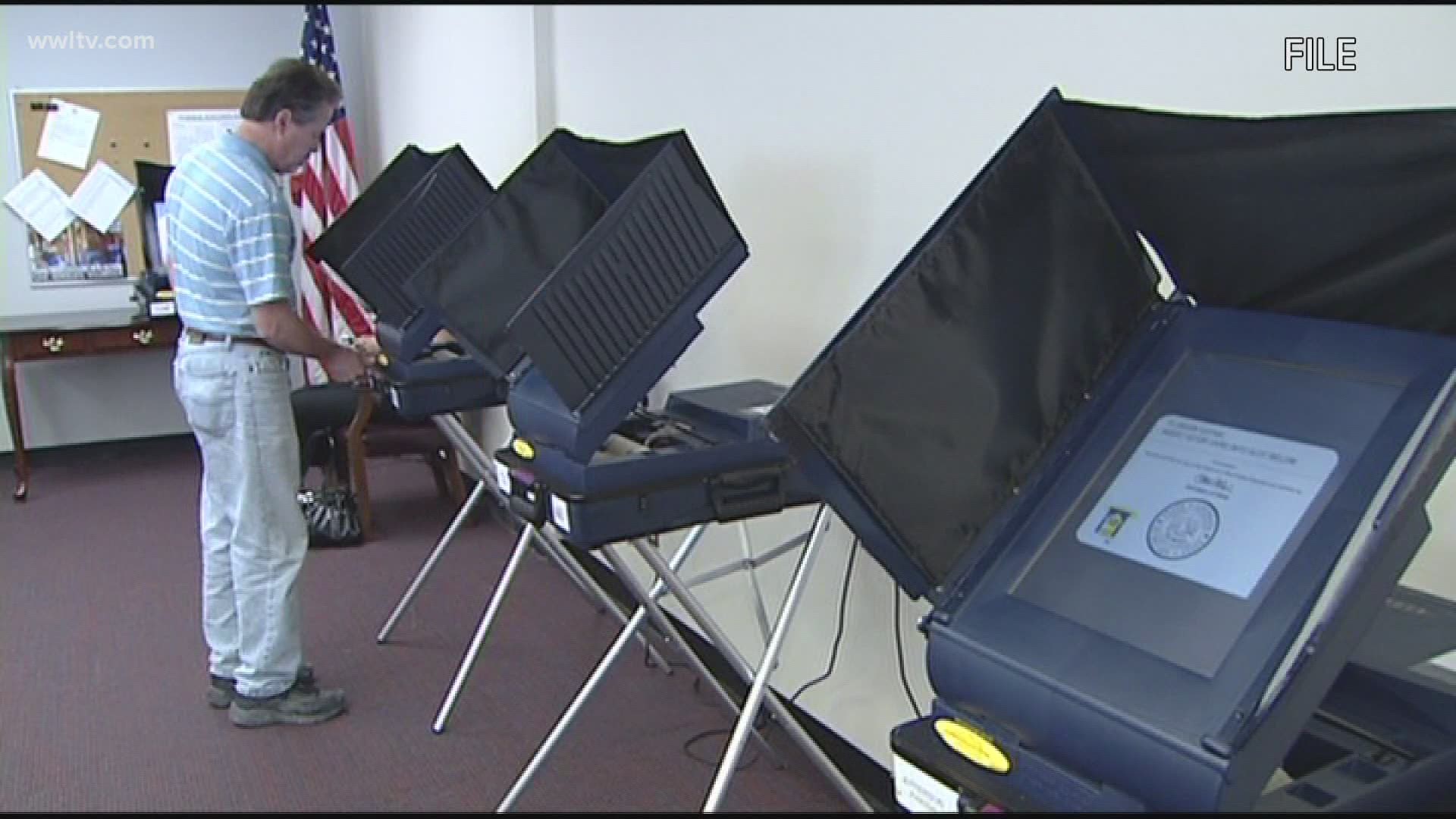 BATON ROUGE, La. — Gov. John Bel Edwards says a plan laid out by the Louisiana secretary of state rolling back absentee voting ahead of the November election is inadequate based on where the state is in its coronavirus-fighting efforts.

Louisiana Secretary of State Kyle Ardoin's emergency election plan for the November election, released Monday, scales back mail-in voting allowances significantly from what was allowed during the recent summer elections.

The emergency plan must be approved by the state legislature and the governor.

It offers no expansion of absentee voting for people with conditions that make them vulnerable to coronavirus or people who are in self-quarantine because of virus exposure.

Those requesting an absentee ballot under his emergency plan need to meet one of these criteria:

Voting rights advocates have already filed a federal lawsuit against Ardoin, Edwards and other government officials, saying the state isn't doing enough to protect ballot access during the pandemic.

Power Coalition for Equity and Justice's executive director, Ashely Shelton, wants to know why the state is scaling back mail-in balloting the midst of a pandemic.

“I do think it basically causes voter suppression because if you have underlying conditions or are predisposed to this virus, how can you possibly vote in this election,” Shelton said. “The idea that we are not willing to offer people every possible way to access their and pathway to their vote, I find that to be unfortunate and unfair.”

In a press conference Tuesday, Edwards said he expects any accommodations for voters to come from the courts.

“I do not support his plan," the governor said. "I do not believe it accommodates all the voters that should be accommodated in this public health emergency."

Edwards and Ardoin have had their differences before, but came together earlier in the year as coronavirus numbers began ramping up to expand mail-in voting during the summer elections. Edwards said the secretary of state came to him with the new plan ahead of its public release and was met with disapproval.

"I don’t believe that plan goes far enough. It doesn’t take into account the seriousness of this pandemic," Edwards said. "I’m not sure why the secretary of state moved away from the approach that he previously took."

As of Tuesday, more than 139,000 cases of coronavirus have been reported in Louisiana. At least 4,431 people have died from complications of the virus.

A legislative committee chaired by Senator Sharon Hewitt, R-Slidell, is expected to vote on the plan on Thursday.

Hewitt maintains under the plan, there are safe ways for people to vote without having to expand mail-in balloting.

“We have extended the hours of early voting to give people many, many more opportunities to vote,” Hewitt said. “In my opinion, the most secure way you can vote is to vote in person because you’re not worried about people mishandling or handling any of the paperwork that is associated with mail-in voting.”

But for some high-risk voters, there is growing concern as the election draws near.

Metairie cancer survivor Alison Prendergast was allowed to vote by mail this summer because she was told to self-isolate by her doctor.

If she wants to vote in November, she’ll have to either early vote or head to the polls.

She is also very concerned by one provision in the proposed emergency plan.

It states “voters will be strongly encouraged to wear protective face coverings, but they will not be turned away from the polls for failure to wear them.”

“The rights of people who are ill are being attacked by the people who don’t want to wear a mask to carry out their constitutional right to vote,” Prendergast said.