"Education will continue," Edwards said. "The school year continues. But they are not going on to the campuses." 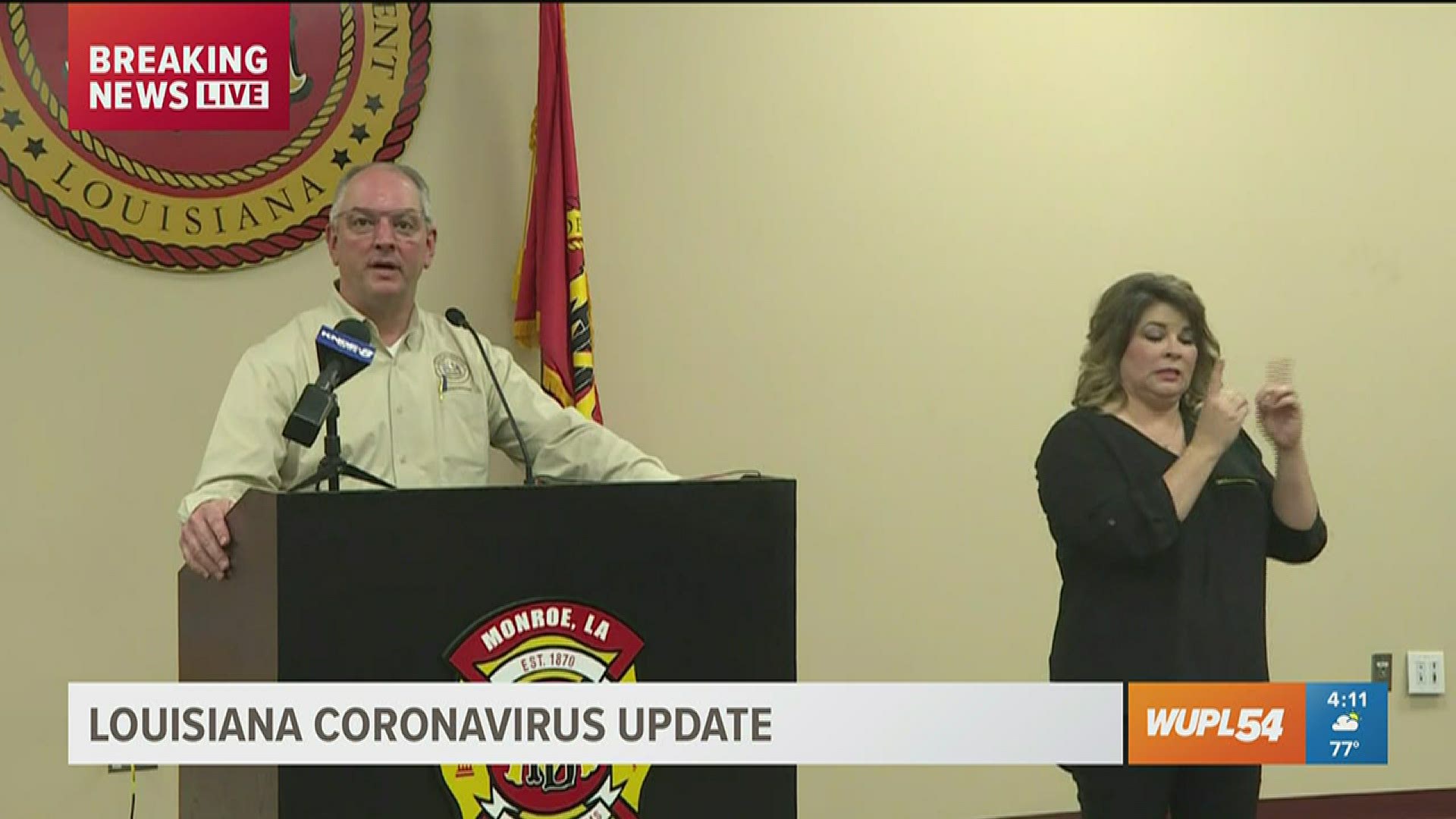 NEW ORLEANS — Gov. John Bel Edwards says he plans to officially close public schools for the remainder of the semester amidst the growing number of coronavirus cases in the state.

Edwards said at a press conference in Monroe, La. Monday that he would make the official declaration sometime Tuesday. He is expected to hold his daily press conference at 2:30 p.m. that day.

"It is my intention now to announce that school will not resume in the sense that students are going to the school building," Edwards said.

Schools in Louisiana have been closed since mid-March, when the governor shut down public schools to prevent the spread of COVID-19 by young people, many whom research suggests could be asymptomatic carriers.

As the outbreak grew more widespread and deadly, the Louisiana State Board of Elementary and Secondary Education urged the governor to cancel the rest of the in-person school year.

Edwards had been indicating before Monday's announcement that he would likely listen to their request.

Instead of classrooms, most of Louisiana's K-12 students have been attending class digitally, with video calls and online testing taking the place of desks and papers.

"Education will continue," Edwards said. "The school year continues. But they are not going on to the campuses."

School closures have been tied to the statewide stay at home order, which mandated Louisiana residents to stay at home except for essential shopping or work.

That order has been extended once already, from April 13 to April 30, when both it and the school closures were scheduled to end.

It is not clear if Edwards will extend the stay at home order into May along with the school closures.