Empty beaches on Mississippi coast a sign of coronavirus effect

The miles of beaches between Bay St. Louis and Biloxi are open, but many seem to be listening to the governor’s order of no gatherings of more than 10 people. 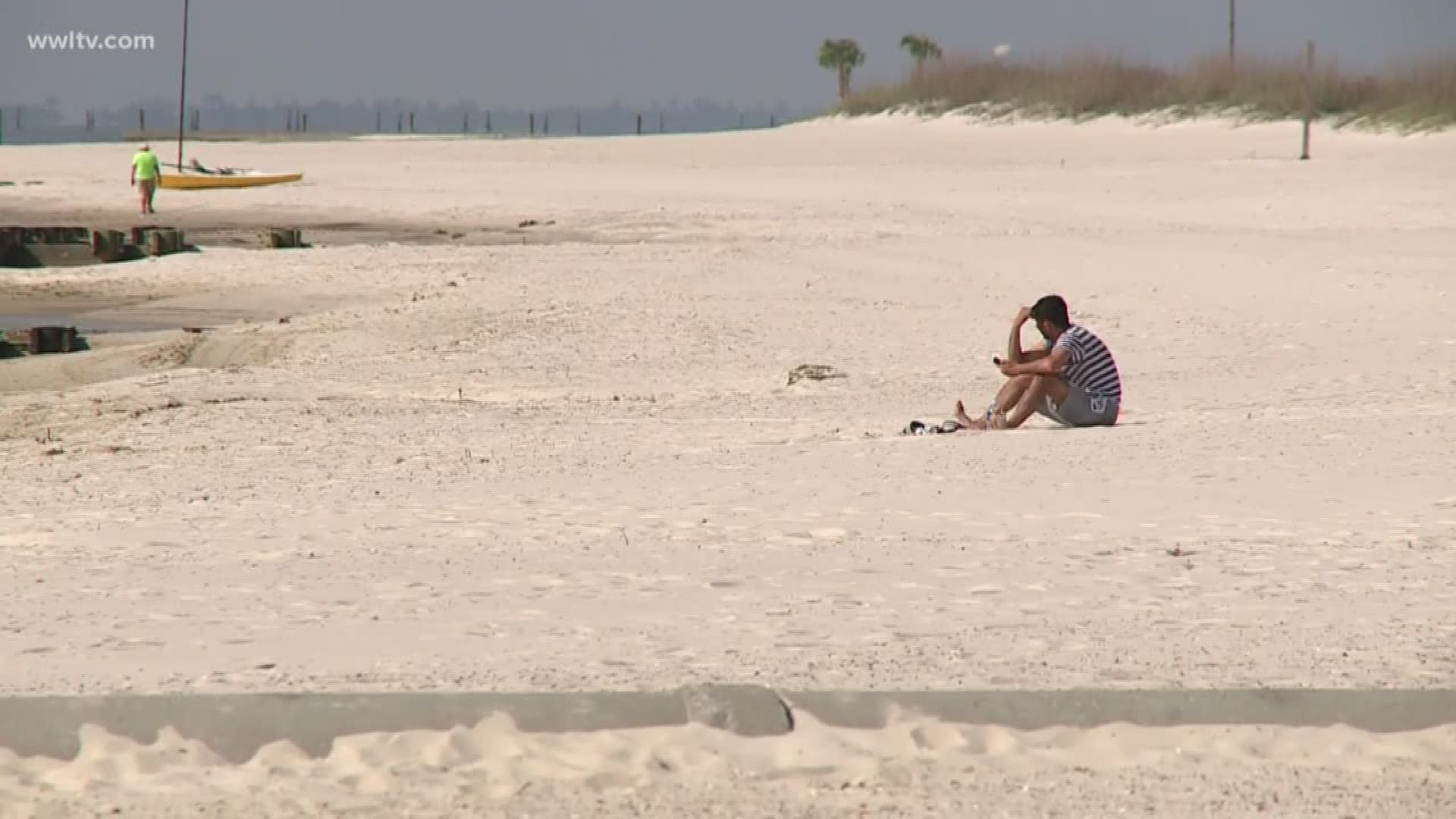 BILOXI, Miss — The sun was shining bright along the sandy-white beaches here Wednesday, but few people were out to enjoy the day.

It’s a side effect of the COVID-19 outbreak coupled with Gov. Tate Reeves’ orders of gatherings of no more than 10 people.

And it’s a concern for cities all along the Mississippi Gulf Coast, especially during a time when people would typically pack in for spring break.

Buoys Bar in Bay St. Louis was a ghost town. The calendar of bands set to play that won’t ever take the stage was a reminder of how quickly things have changed in recent days.

The only thing to do now? Clean up the place for whenever it can reopen.

Down the street at the Purple Banana, the frozen yogurt was still being made and burgers were still being grilled for those who wanted them.

But the people just aren’t there, said owner Al Copeland (no relation to the late New Orleans restaurateur, he said.)

Even with discounts for customers and the offer of delivery, he’s had to let go several high-school students who worked at the shop.

The goal now: stave off any additional layoffs.

"We're just trying to keep the doors open and keep our employees with a job,” he said. “And that's the most important thing."

The miles of beaches between Bay St. Louis and Biloxi are still open, but many people seem to be listening to the governor’s order of no gatherings of more than 10 people.

Biloxi Mayor “FoFo” Gillich said he’s keeping a look at other numbers: hotel rooms that are empty, jobs that aren’t filled right now and the dollars his city needs to operate.

Right now, all the casinos are closed. The Beau Rivage is literally barricaded.

But while casinos are closed, other businesses remain open. And the city is trying to let people know and educate them about new normals at some, like restaurants that can now only do take-out and delivery.

“Not having the dine-in service, it (business) has dropped tremendously,” said Dixie Newman, who owns the Jacked Up Coffee Bar, a few blocks off the beach.

Newman, who also sits on the Biloxi City Council, said she hopes signs like the ones she taped to her window will remind people she’s open for business.

But she has her concerns.

"Hopefully it could be just a couple of weeks. But I just don't know how not only my small business but other small businesses, how are we going to survive months and months if that's what we're looking at?” she said. “So, it's scary. The fear of the unknown.”