The executive order carved out $44 billion from a FEMA fund designated for disaster relief after acts of nature such as hurricanes and earthquakes. 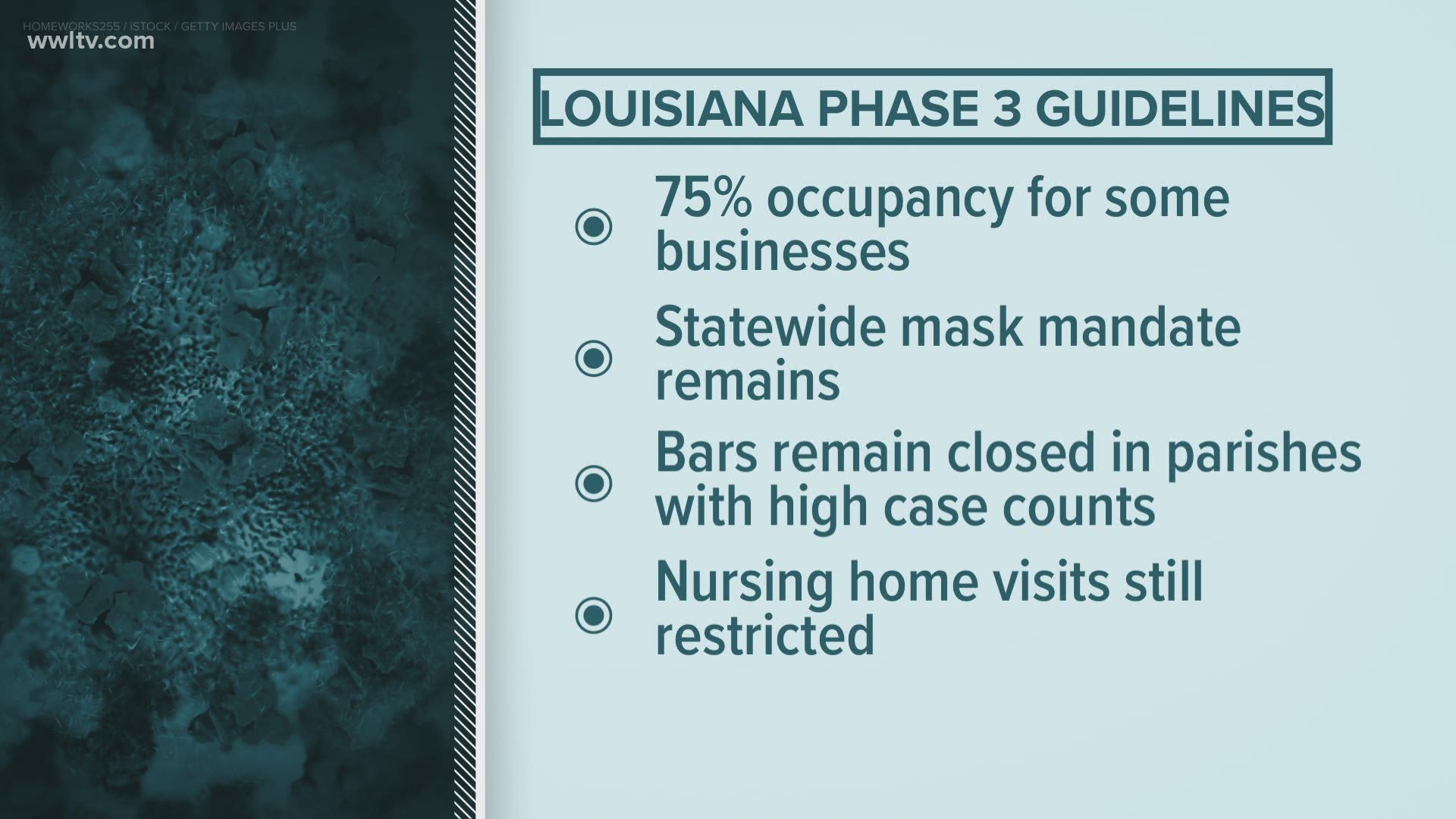 BATON ROUGE, La. — The extra $300 in unemployment benefits paid for by the FEMA Disaster Relief Fund will stop soon, with the final round of checks going out to unemployed Louisianans next week.

Gov. John Bel Edwards announced the program's end at a press conference Friday. The state received word from the Federal Emergency Management Agency that jobless claims for the week ending Sept. 5 would be the last to get the FEMA money tacked onto their checks.

Those receiving unemployment from the state are filing for that week now.

The news comes as Edwards announces he will allow the state to move into Phase 3, meaning a 75% capacity cap for most businesses and the possibility that bars in some parishes with low coronavirus positivity rates could reopen in a limited capacity.

The temporary band-aid was established in August by an executive order from President Donald Trump to partially pay out to jobless Americans a bonus similar to the $600 per week they were receiving under the earlier bill passed by Congress. Those benefits lapsed at the end of July, and Congress will likely not pass another aid package until after the November election.

The executive order carved out $44 billion from a FEMA fund designated for disaster relief after acts of nature such as hurricanes and earthquakes.

But Louisiana has been having issues getting ahold of the money set to go out in August. Edwards told reporters that the state had just received a cache of FEMA funding paying for the $300 add-ons for the week ending Aug. 29.

It will take at least one business day before that money can be distributed to people waiting on it, Edwards said.

Louisiana has been hit hard by COVID-19, and the economic restrictions aimed at curbing the virus' spread, over the past six months. Some estimates say one in four Louisiana restaurants will permanently close because of the pandemic.

In New Orleans, where tourism and dining are two of the biggest moneymakers, the financial damage is even more pronounced, with business closing estimates even higher than the rest of the state.