We will get through this. This is not something that will be around forever. How we care for each other right now, that’s really going to define us,” said Kanter. 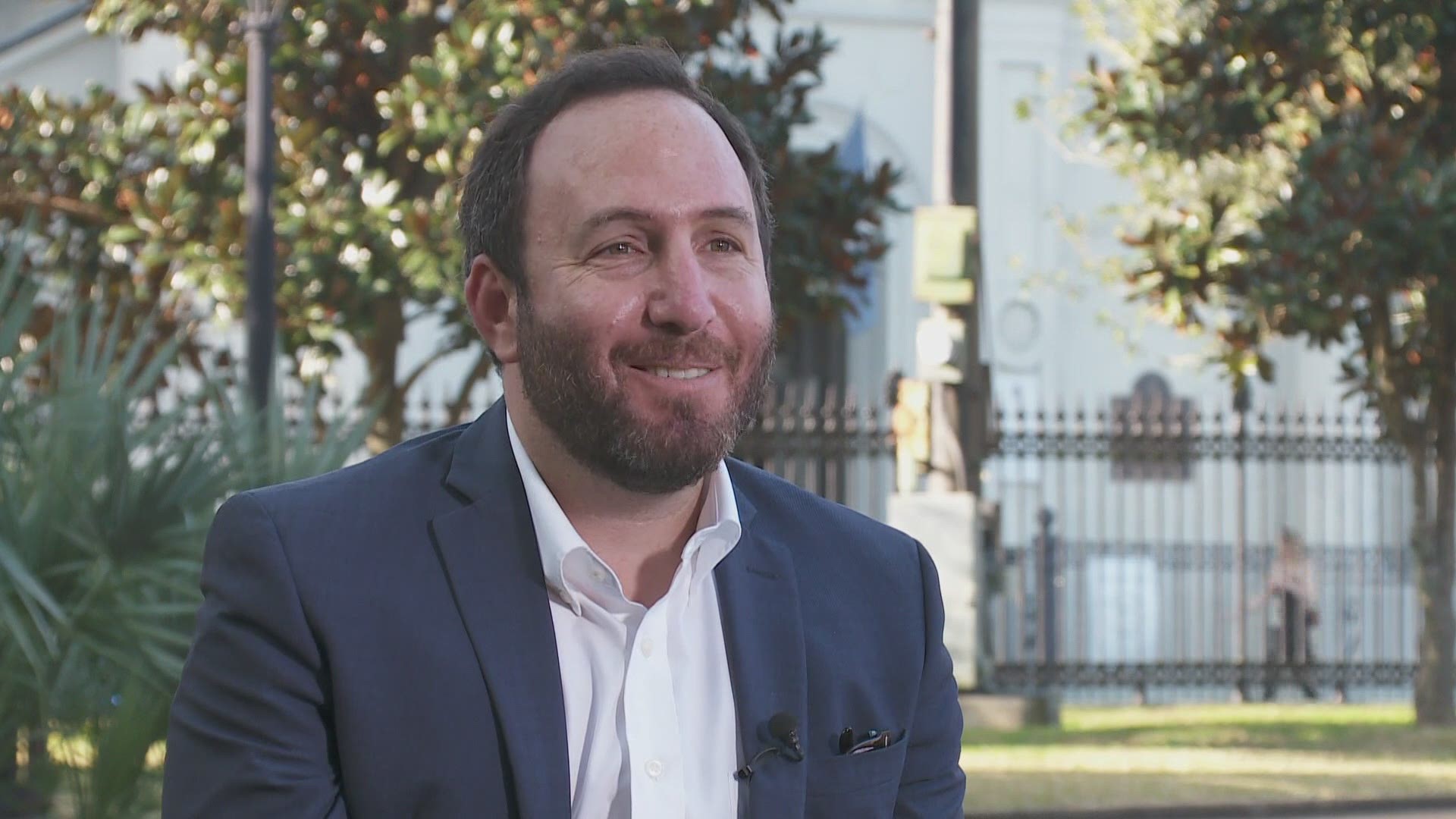 NEW ORLEANS — Dr. Joseph Kanter may have an office in New Orleans, but his expertise now influences the whole state of Louisiana.

Kanter took the helm of the Louisiana Department of Health in January, heading up the medical response to the coronavirus pandemic in the middle of it all.

“I’m not sleeping too much these days,” he laughed, sitting in a folding chair set up for an interview in the shadow of St. Louis Cathedral.

Louisiana’s top doc is fighting COVID burnout like most of us. But if anyone was trained for 2020, it was Dr. Kanter.

“Like a firefighter, when there happens to be a big blaze. This is what you sign up for. And I think myself and my colleagues, I think we can contribute here, and that’s what drives me, personally,” he said.

Kanter is Louisiana’s new State Health Officer, the top medical official in the state Department of Health. You see him weekly alongside the governor at press briefings, analyzing data and pinpointing early signs of good or bad news in the numbers.

But for every televised update, there are countless hours of work behind the scenes.

Kanter said some members of his team haven’t had a day off in months. Some stay up late into the night locking in vaccine orders from the federal government, as soon as the window opens, just so they’ll be delivered as soon as possible.

“It has been taxing. And for the folks that work in the health department, both the state and the city, it’s been trying because it’s lasted so long, and each step has really felt like a sprint. And you can’t sprint for that long,” he said. “We’ve had to find ways to try and give people breaks, try and let people know they’re appreciated.”

Kanter lives in New Orleans with his wife and young daughter.

He was raised in Florida and Illinois but said New Orleans grew on him.

Hurricane Katrina hit one month after he started at Tulane Medical School, and he never left.

“I do love it.  I’m a music fan, and I love food, and I love culture and so the city spoke to me because of that. But the experience of Katrina is really what cemented me here. And my medical school experience was intertwined with the rebuilding of New Orleans, both the physical rebuilding and the healthcare infrastructure,” he said.

After Katrina, came Kanter’s work on healthcare access in vulnerable communities. Then, he played a major role in mitigating the opioid crisis.

He moved up through the New Orleans Health Department from 2014 to 2018, then jumped to the Louisiana Department of Health as the Region 1 Health Director and Assistant State Health Officer.

Then, in 2020, he became the voice of medical experts at dozens of press conferences, as the coronavirus pandemic took hold of New Orleans.

He said he realized right away that the pandemic was going to get very serious, very quickly.

"We got our first diagnosed, confirmed case on March 9th. I remember, very, very clearly because I happened to be out of town on that day and caught a flight back,” he said. “And I think from that point, we immediately knew we were going to be in it in ways that were going to be profound. I don’t think we realized at that point how profound, but we knew that the cases were going to go up rather quickly, and they did.”

Since that day, it’s been a relentless year of data interpreting and tough decisions. Kanter knows some of those decisions haven’t been popular.

“If you asked me a couple years ago how New Orleanians would react when the bars were shut down, I would tell you that people would be out with pitchforks, or with flambeau sticks, or whatever the New Orleans appropriate equivalent is,” he laughed. “That hasn’t happened. You know, people complain or put snide things on Twitter, but at the end of the day I really think people understand that this is an effort to protect human life, and it’s nothing more than that.”

He predicts that life will look a little more normal by this summer, as the state Department of Health strives to use every single dose of the vaccine.

But he is quick to say that what happens between now - and normalcy - will still be part of history. History he feels he’s privileged to be a part of.

“This is a challenge that will define our generation. Just like WWII did, Just like other really critical events in history have. This will define our generation, and we’ll get through this. We will get through this. This is not something that will be around forever. How we care for each other right now, how we act as neighbors, that’s really going to define us,” said Kanter.

RELATED: UMC had 170 COVID patients a few weeks ago - now they have 17