Being able to test more people will be key to reopening the state. 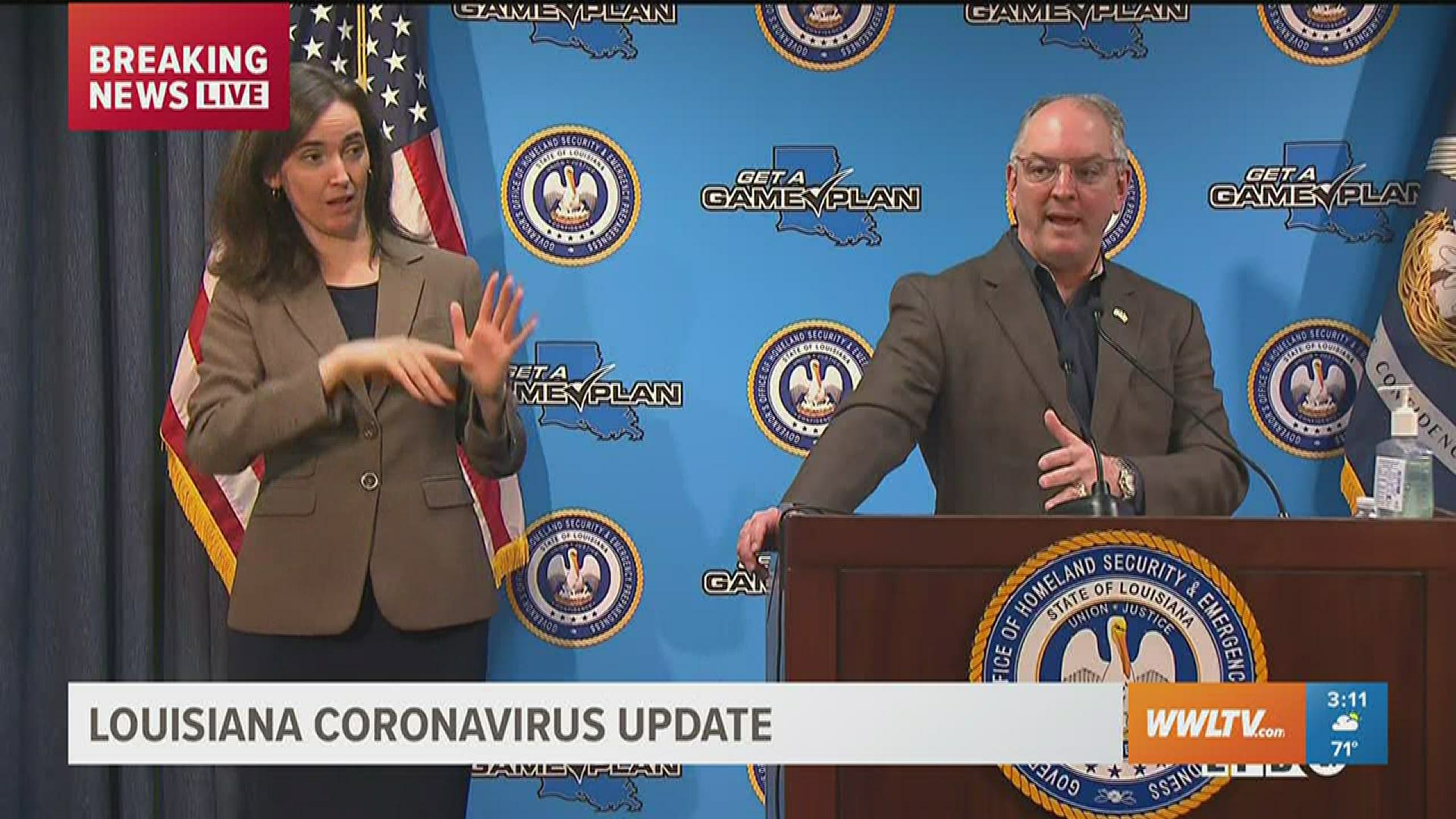 NEW ORLEANS — The transition back to normal life in Louisiana has been on a lot of people’s minds, but what will that look like?

Gov. John Bel Edwards revealed a few of the ideas being considered during his daily press briefing on Tuesday.

The governor emphasized that it won’t be “like flipping a light switch.” The plan could involved certain geographic areas or different business sectors being reopened on different time frames.

“What that announcement looks like is going to depend in large part on what our case numbers look like,” Edwards said. “We don’t want to get back to the place where we’re on the path to exceeding our ability to deliver healthcare.”

RELATED: As Louisiana's COVID-19 numbers improve, when is the right time to reopen businesses?

Being able to test more people will be key to reopening the state. The Governor suggested that we won’t see any changes until more testing is being done and the results from those tests look better.

“The key to moving forward, especially between now and such a time as a vaccine becomes available will be through very aggressive and robust testing plus contact racing,” Edwards said.  “When we get back to where we can remove some of these restrictions and start to open up our economy you’re going to see a lot more testing and these test results will inform our decisions.”