“300 crew members on board who have tested negative for COVID-19 and who do not have any symptoms, will get off the ship,” Gov. Edwards said. 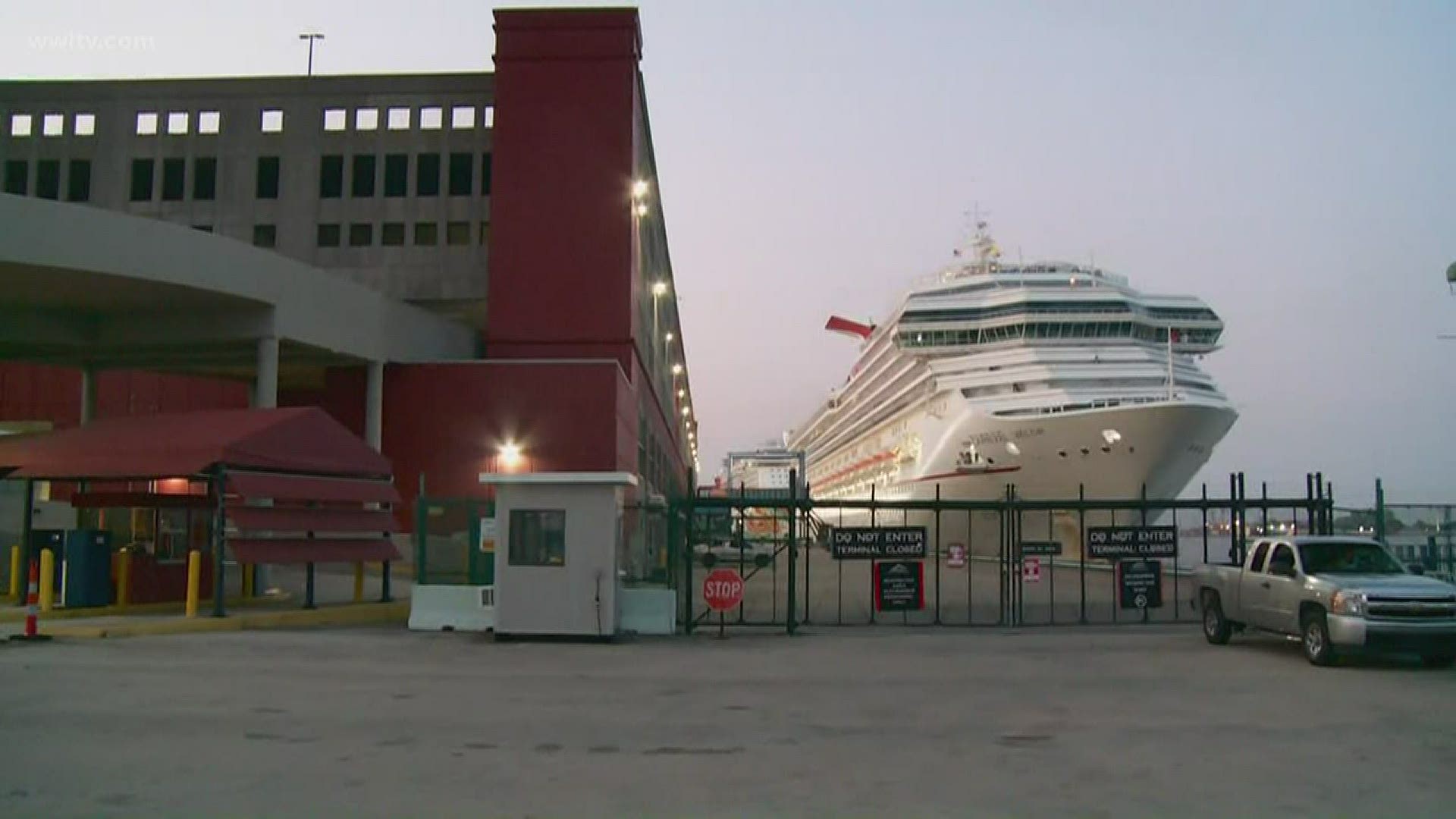 NEW ORLEANS — The Carnival Valor pulled into its homeport, the Port of New Orleans, Wednesday evening, so hundreds of healthy workers on board could return to theirs.

The ship had been docked at the Port of Gulfport for weeks, holding only crew members and no passengers, since the coronavirus pandemic accelerated in mid-March.

All 27 ships in Carnival’s fleet have been docked or anchored at sea with no guests on board since then.

“300 crew members on board who have tested negative for COVID-19 and who do not have any symptoms, will get off the ship,” Gov. Edwards said.

But several crew members who tested positive for the virus were also staying on the Carnival Valor. The governor did not say how many will remain on the ship.

Healthy crew members wore masks and toted luggage as they debarked and had their temperatures taken Wednesday night.

They’ve been cleared to travel. After debarking from the ship, the crew members were loaded on buses and taken to the old terminal at Armstrong International.

Privately chartered planes would take the crew members to their home countries. One headed to the Philippines, the other, to Indonesia.

“This is a perfect use of this facility,” said Director of Aviation Kevin Dolliole. “And we’re separated from the traveling public. It’s them in and of themselves, their group, and they’re secure the entire time.”

The airport expects similar flights for other healthy workers may be wheels up in the next few days.

RELATED: Coronavirus hitting River Parishes hard with some of the highest death rates in the country