'I was in bad shape': Retired Air Force cancer patient recovers from COVID-19

“I really did think at one point that I wouldn’t ever see my wife or kids again,” said Louis Reese, a 24-year Air Force veteran. 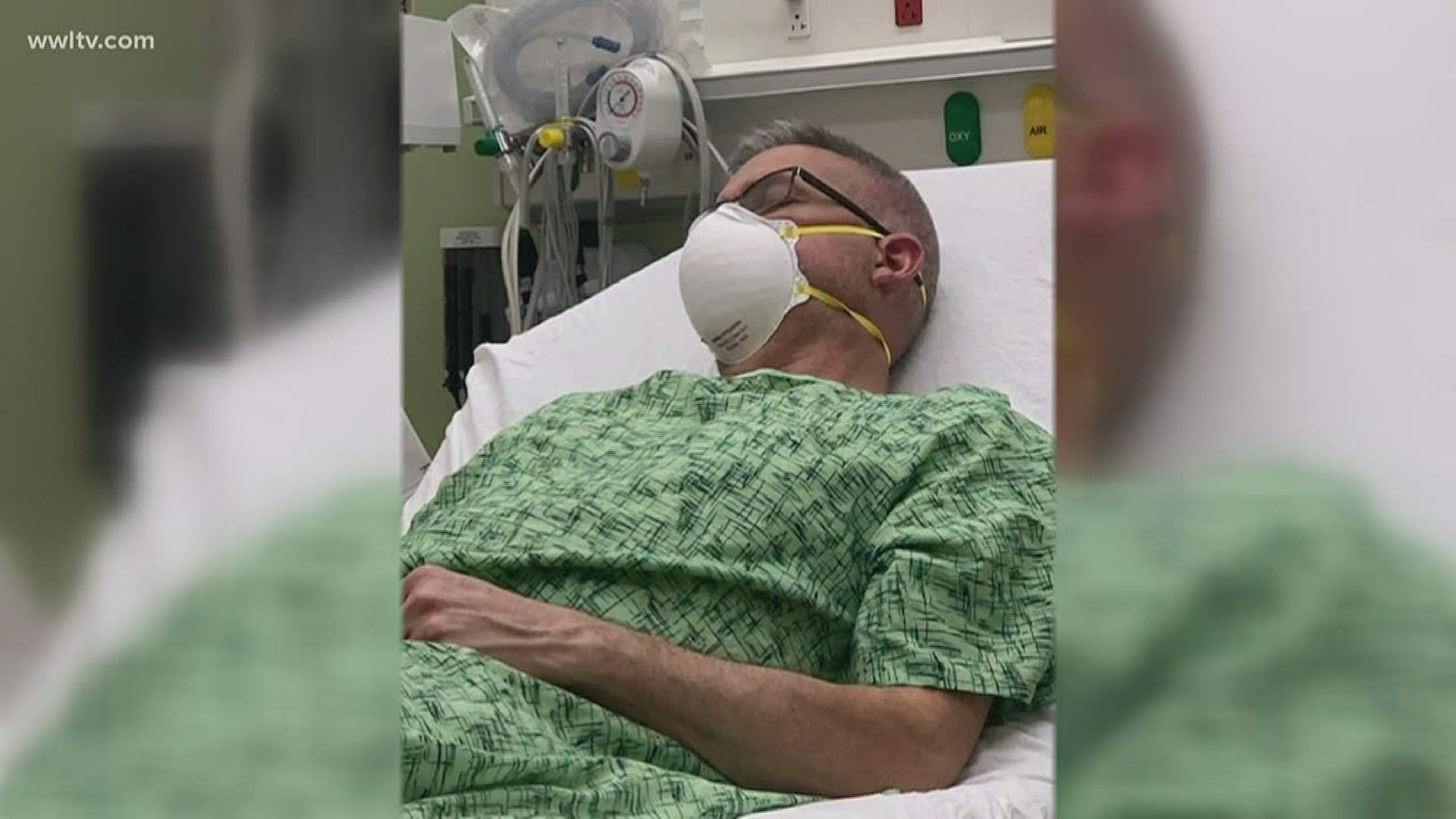 NEW ORLEANS — Sitting outside their Metairie home, Louis and Tara Reese were happy to be next to each other.

Just a few days ago they couldn’t be close at all. Louis was isolated in a hospital room, while his wife and two kids worried at home.

“I was in bad shape,” said Louis Reese.

With 24 years in the military, this Air Force veteran knows how to prepare for battle, but he never expected a battle for his life, against an enemy he couldn’t see.

“I had the achy joints, the breathing trouble. I had aches like the normal flu, but obviously it was a little bit more than the flu,” said Louis Reese.

It was COVID-19. He tested positive soon after he was found to have a fever when he went for chemotherapy because of colon cancer. That was March 10th, and he only got worse from there.

“I actually told my wife that I was afraid to go to sleep because I was afraid I wouldn’t wake up again,” said Louis Reese.

His next few weeks were spent at the VA Medical Center in New Orleans, some of those days in the ICU, on a ventilator.

“I really did think at one point that I wouldn’t ever see my wife or kids again,” said Louis Reese.

With an immune system already compromised because of chemotherapy and watching death cases from COVID-19 increase, Tara feared the worst.

“I really thought it was a death sentence,” said Tara Reese.

Louis said there was a turning point when doctors gave him that much talked about drug used to treat Malaria. All those days spent alone in a hospital room, led to a reunion with his family Tuesday afternoon.

RELATED: Coronavirus hitting River Parishes hard with some of the highest death rates in the country

Through it all, they said support from friends, family and strangers played a big role.

“We had thousands of people praying for us,” said Tara Reese.

“I was getting positive texts and texts of support and prayers from people I didn’t even know,” said Louis Reese.

Reese said he has been working on responding to all those messages, but this time, it’s from the comfort of his own home.

The Reese family is having to take some precautionary measures at home for the time being. When it comes to others battling this virus, Reese said to keep a positive attitude and listen to health care workers.