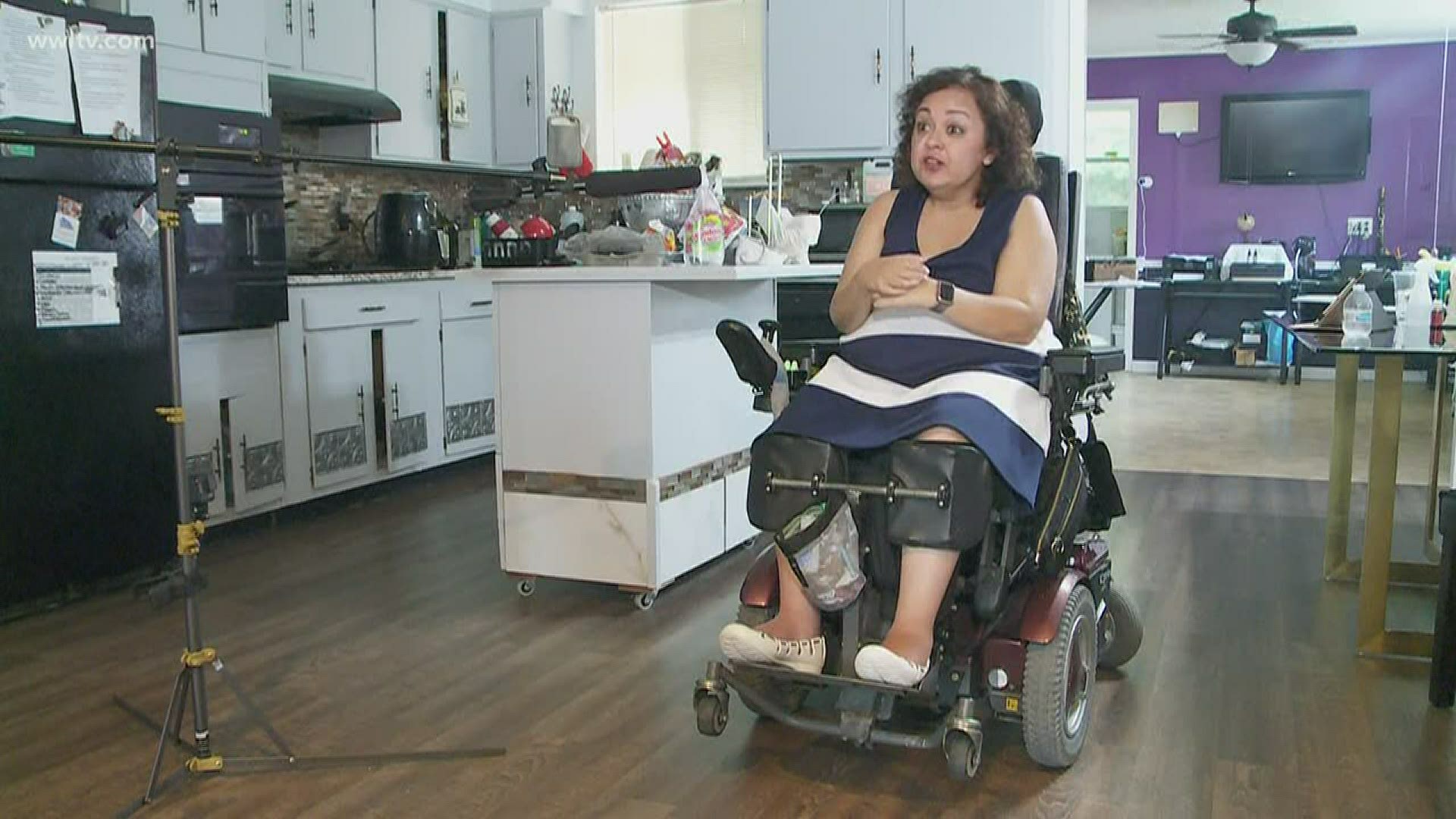 NEW ORLEANS — We’ve seen healthcare workers on the frontlines of COVID-19 in hospitals, but there are also health professionals who provide daily care for people at home.

One local woman who relies on home health assistants said those workers must be paid more to provide crucial care.

Usha Sadhwani may be paraplegic, but she doesn’t let that stop her from celebrating.  Before the spread of Coronavirus, her Facebook feeds were filled with photos of her in parades, at parties and gatherings.  Right now though, Sadhwani is fearful.

“My nerves are on edge. Last Friday I was in tears. I was frantic,” Sadhwani said.

That’s because she may soon lose her home health assistant that gives her routine care.

Before the pandemic, the private agency providing that assistance wanted to end its agreement with her, which can be common.

Through Medicaid, she’s eligible for 53 hours of care per week.  Sadhwani sought legal action to keep her current agreement, but she’s unsure how the judge will rule.

She’s called more than 40 providers to find a replacement, but none will commit.  She believes unemployment benefits during the pandemic are offering better pay for these workers.

Of course, she can’t predict the judge’s decision.  In anticipation that she may run out of options, she’s now offering free room and board to anyone that can come in and help her.

“I figured maybe that will balance out the money thing because room and board is what I could offer,” said Sadhwani.

The State’s Office of Aging and Adult Services said it’s had some reports of workers refusing to enter homes during this time, but it is not widespread.  Surprisingly for the office, it’s actually gotten more reports of patients and families refusing to let health workers in their home during the pandemic.

Regarding the workers’ pay, the office said the state will take steps to make sure the care continues.

“We do know that in some instances providers are reporting that they’ve had to raise wages and have taken other steps to retain workers,” said Robin Wagner with the Office of Aging and Adult Services.

According to the Louisiana Department of Health, there are 519 personal care agencies and 189 licensed home health agencies in Louisiana.  The state considers the workers essential.  Sadhwani said they certainly are in her life.   We reached out to the agency looking to terminate its contract with Sadhwani, but did not get a reply.

RELATED: Edwards: a child under 10 has died from COVID-19