“It’s still a struggle keeping open now,” said Simmons. “Hopefully we can survive what comes at us but there’s only so much you can do without income coming in.” 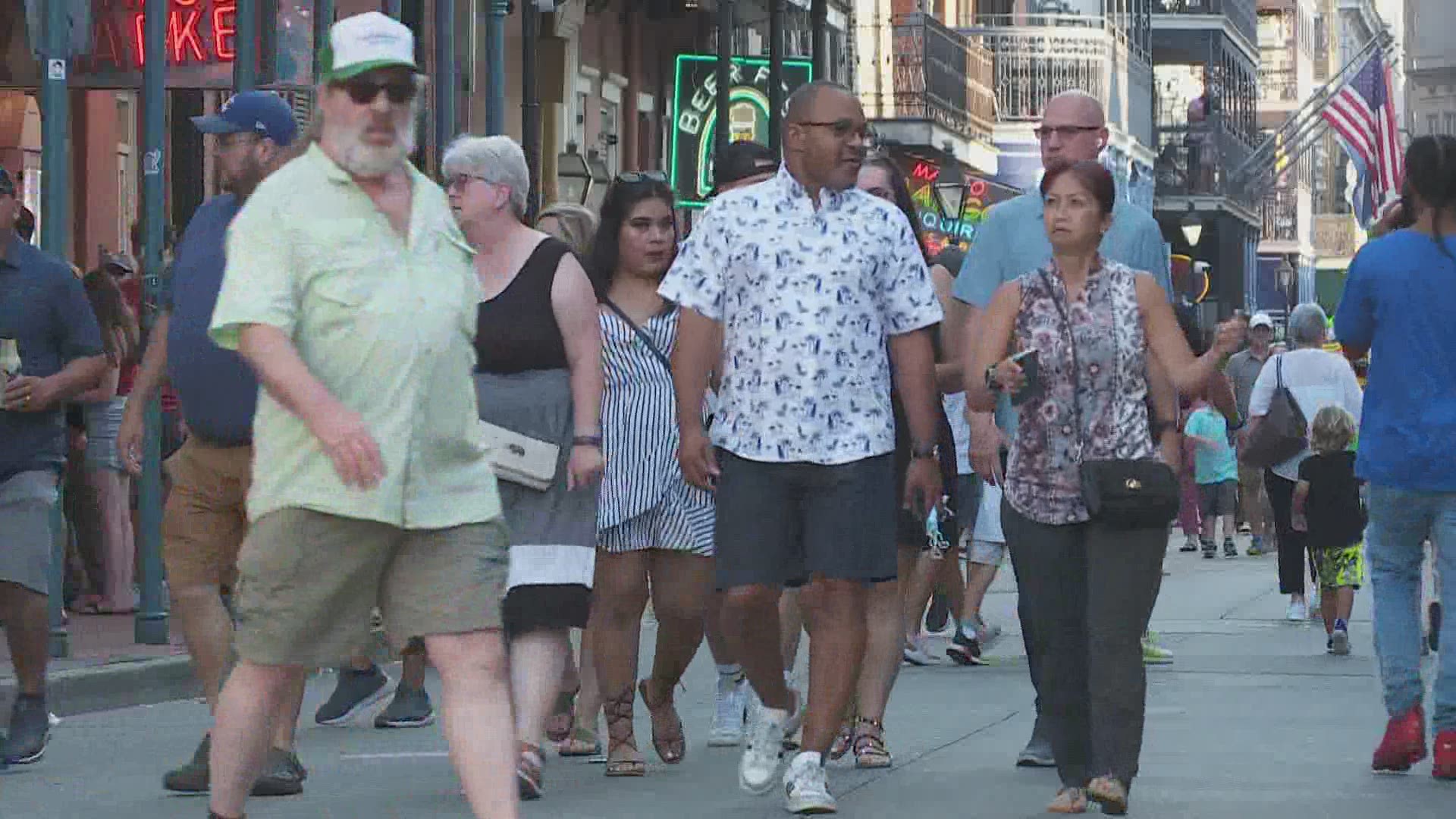 NEW ORLEANS — At The Starlight in the French Quarter, the news of an indoor mask advisory for New Orleans wasn’t too surprising.

Taking the advisory a step further, the plexiglass that once stood as a barrier between musicians and patrons inside the bar will soon go back up. Masks for staff are now mandatory and will strongly be recommended for guests.

“In a city like New Orleans sometimes it’s hard to enforce it, especially with tourists and you get a lot of people out there that don’t agree with current medical standards,” said Simmons.

City leaders say that type of disconnect, especially when it comes to vaccinations, is why the city and state are seeing dramatic increases in COVID cases from the Delta variant.

“It’s more aggressive, it’s deadlier, and it is in our community,” said Mayor LaToya Cantrell during a news conference Wednesday.

More than 5,000 new cases were reported in Louisiana Wednesday, 185 from Orleans Parish. City leaders say the majority are people who are unvaccinated. While Orleans Parish has the highest vaccination rate in the state, the city’s medical director, Dr. Jennifer Avegno, says virus transmission has taken the city’s percent positivity rate from 1.6% to 6.5% in just two weeks.

“As people continue to refuse to take the lifesaving COVID vaccine, you are defiantly taking a risk with your own life and health, no question about it, but now you’re putting the rest of us in jeopardy,” said Dr. Avegno.

This indoor mask advisory is for everyone, regardless of vaccination status and comes down to personal responsibility. There will be no enforcement and Mayor Cantrell hopes there won’t need to be.

“The advisory is something that we have to put in place, trying to take a different approach,” said Cantrell. “Don’t let us go back. The city cannot afford for that to happen.”

Neither can businesses that can’t deal with another shutdown, should it get to that point.

“It’s still a struggle keeping open now,” said Simmons. “Hopefully we can survive what comes at us but there’s only so much you can do without income coming in.”

If the city doesn’t see any progress with this indoor mask advisory, other mitigations or even restrictions could be put in place. The city didn’t give any indication on when that would be addressed.