'I've seen 6 people die and I haven't even been here a week': Travel nurse details what it's like to work at nursing home facing COVID-19 outbreak

As of Wednesday, 50 residents at the Premier Estates of Toledo tested positive for the coronavirus. 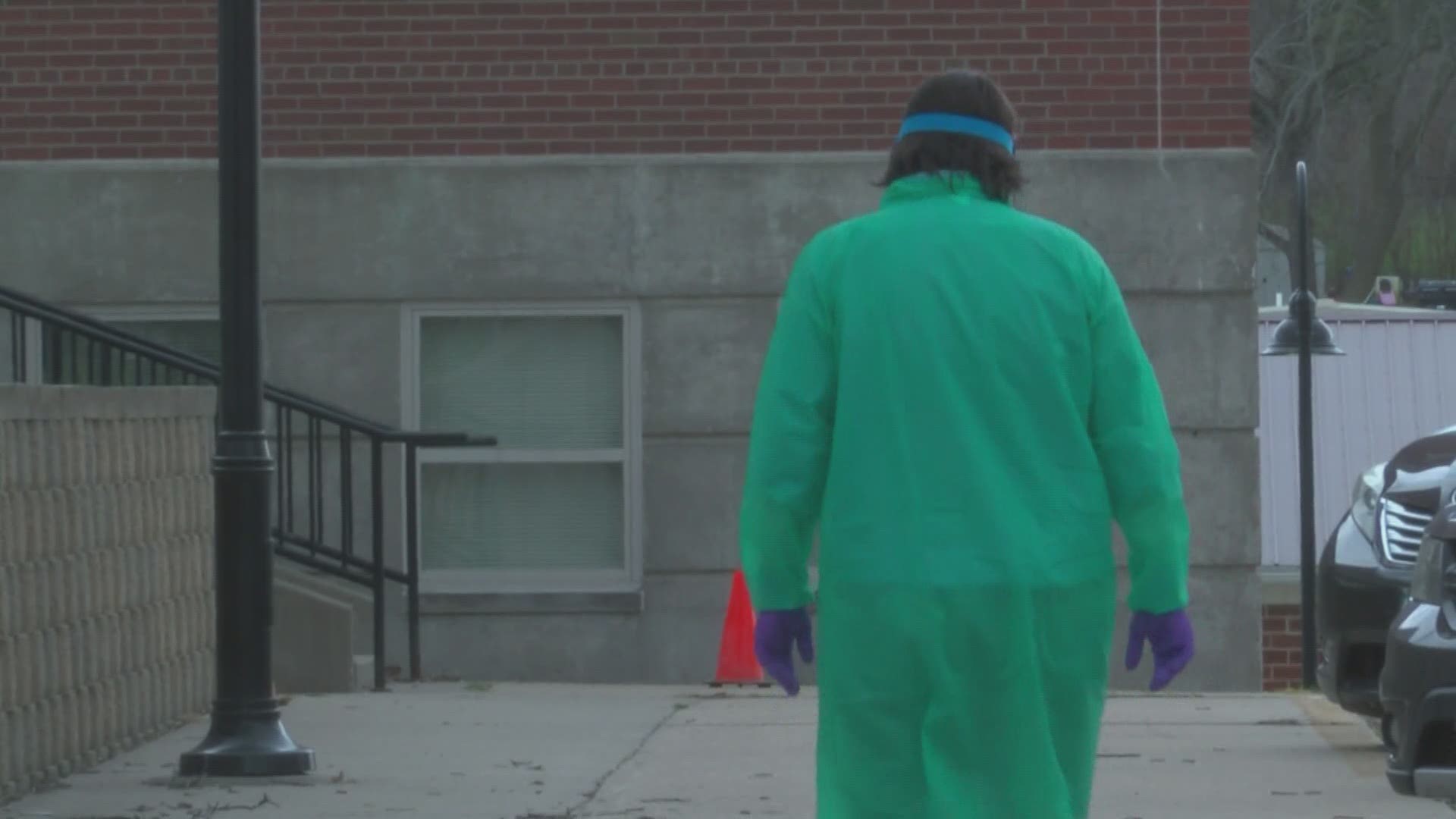 "If I could think of one word, it's death," said Bethany Jackson, a Louisiana native who lives full-time in Texas.

Jackson, who has worked as a travel nurse for 10 years, is currently working at Premier Estates of Toledo.

The long-term care facility is one of 10 in Iowa facing a coronavirus outbreak.

The Iowa Department of Public Health defines an outbreak as three or more residents testing positive for the virus.

As of Wednesday, 50 residents at the Toledo facility had tested positive for COVID-19.

Jackson said staff there has been heavily infected as well.

"My first day there, in 72 hours, we had three people die," Jackson said. "A day later, two more people died. I've seen six people die and I haven't even been here a week. The fear in these people's eyes, it's horrific. It'll change your life."

Gov. Kim Reynolds launched Test Iowa Tuesday. The program is meant to ramp up testing capabilities in the state.

Iowa entered into a public-private partnership that will allow for 540,000 people to get tested over the next 180 days.

Those tests are in addition to the ones already available in the state.

Wednesday, the program officially launched with a drive-up site for health care workers in Toledo.

Jackson was one of many workers that got tested.

"My greatest fear is having it not knowing, being asymptomatic and continuing to spread," Jackon said.

Jackson, a mother of four, said she wants to work in all 50 states.

Iowa was next up on the list, so when an opportunity arose, she took it.

Jackson said before she accepted the job, she was told there weren't any COVID-positive patients at the facility. When she arrived, she said that wasn't the case.

Had she known that, Jackson said she wouldn't have come.

"Absolutely," Jackson said when asked if she is scared to go to work. "Every day. Every single day. I feel like every day could be the day that I'm wearing a mask and all of a sudden I can't breathe and I'm wondering, was it a mask? Or is it because the virus is attacking my lungs? I contemplate, 'Do I even really want to be here? Should I just pack up and go home?' Every day, I just say,  'God, look. This is my purpose. I've been doing this for 10 years and Your will be done.' That keeps me going."

Jackson said she thinks even when the country starts reopening, people need to be conscious of where they go and what they do so there is not a second wave.

RELATED: Here's what it's like inside a New York emergency room treating COVID-19

She's seen first hand just how awful it is for people to die from this virus and she doesn't want to see it again because people are anxious to get out and see friends.

"We walked into the resident's room and I was like, 'Hey, bud, how are you doing?'" Jackson said. "He said, 'I'm not doing.' The next day he was gone. If that doesn't make you stop, then what will? Don't go to the bars. Get your bottle of wine and sit at home."

The state of Iowa is encouraging all Iowans to take this assessment on the Test Iowa website.

You may be eligible for a free coronavirus test.

If you aren't eligible today, Reynolds said to take the assessment again if you start having COVID-19 symptoms. You may be eligible for testing at that point.

RELATED: Everything you need to know about the new 'Test Iowa' program

Right now, the state is prioritizing essential workers and those with serious symptoms.

As more testing comes online, the state plans to broaden the criteria.