Judge sides with Gov. Edwards in battle with House GOP over COVID restrictions

The virtual court hearing was open to the public, resulting in several disruptions. 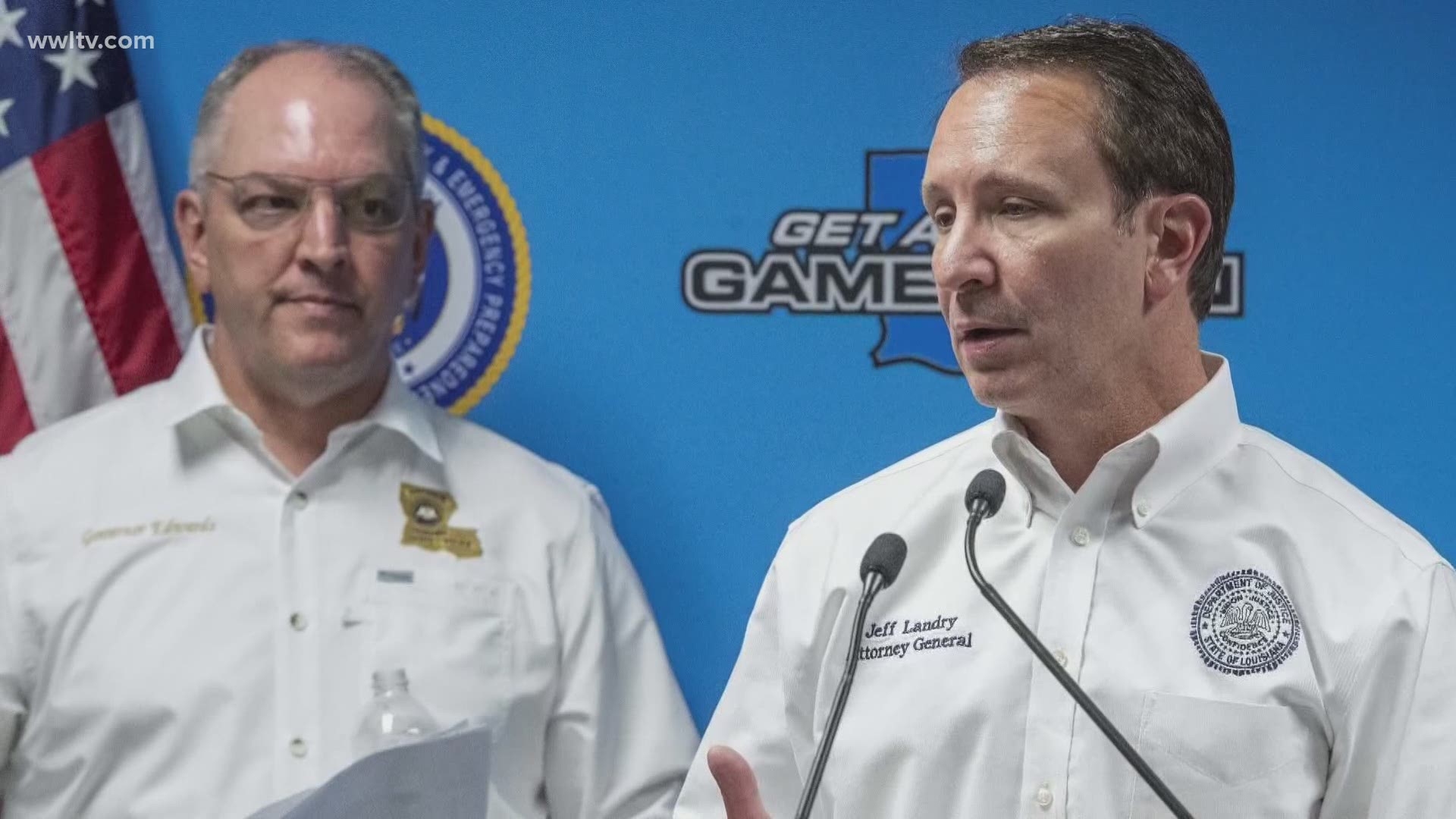 That was the message that greeted many people Thursday on Zoom as they tried to observe a hearing about the future of Gov. John Bel Edwards’s COVID-19 rules.

Before it could even begin, the showdown between Edwards and Attorney General Jeff Landry -- held via Zoom because of restrictions related to the virus -- drew 300 people.

Anyone who wanted to watch was told by a notification that the virtual courtroom was at capacity.

At issue: Whether Edwards's COVID restrictions, including social distancing and the mask mandate, should be revoked.

Edwards and Landry stood shoulder-to-shoulder -- literally and figuratively -- in the early days of the state's response to the outbreak.

Eight months later, their typically combative relationship was back on full display.

Republican lawmakers in the House sent a petition to the governor with an order to drop the restrictions. Edwards took them to court instead.

Landry's office is representing the Republic lawmakers who signed the petition.

The AG’s office shared a link to the hearing on his Twitter page.

So many people signed on so early that many were blocked for hours, including an attorney for the governor as well as some journalists.

Meanwhile, one woman was seen on camera lying in bed, hugging a stuffed animal, and there were other verbal disruptions at times.

“This hearing is so messy,” state Rep. Mandie Landry, D-New Orleans, tweeted as it progressed.

During a recess, one observer asked why the comments were turned off. Earlier in the day, people chimed in there to voice their displeasure with the judge.

"I don't know what that was," state Solicitor General Liz Murrill said at one point when a noise randomly disrupted the hearing.

"I don't either," Baton Rouge Judge William Morvant said. "I wasn't the one that invited the entire state to participate."

Morvant ruled against the House Republicans, keeping Edwards's orders in place. He ended Thursday's hearing asking both sides to prepare their appeals as soon as possible, saying "I know that the ultimate conclusion will be with the Louisiana Supreme Court."

"Today, the court effectively ruled the governor may make law without any legislative oversight. This turns Louisiana into a dictatorship under King Edwards,” Landry said in a statement after the hearing.

“I have long said the law some members of the House were attempting to use is unconstitutional, and I am pleased the judge agreed," Edwards said.