The governor says the overwhelming number of patients in hospitals have not been vaccinated. 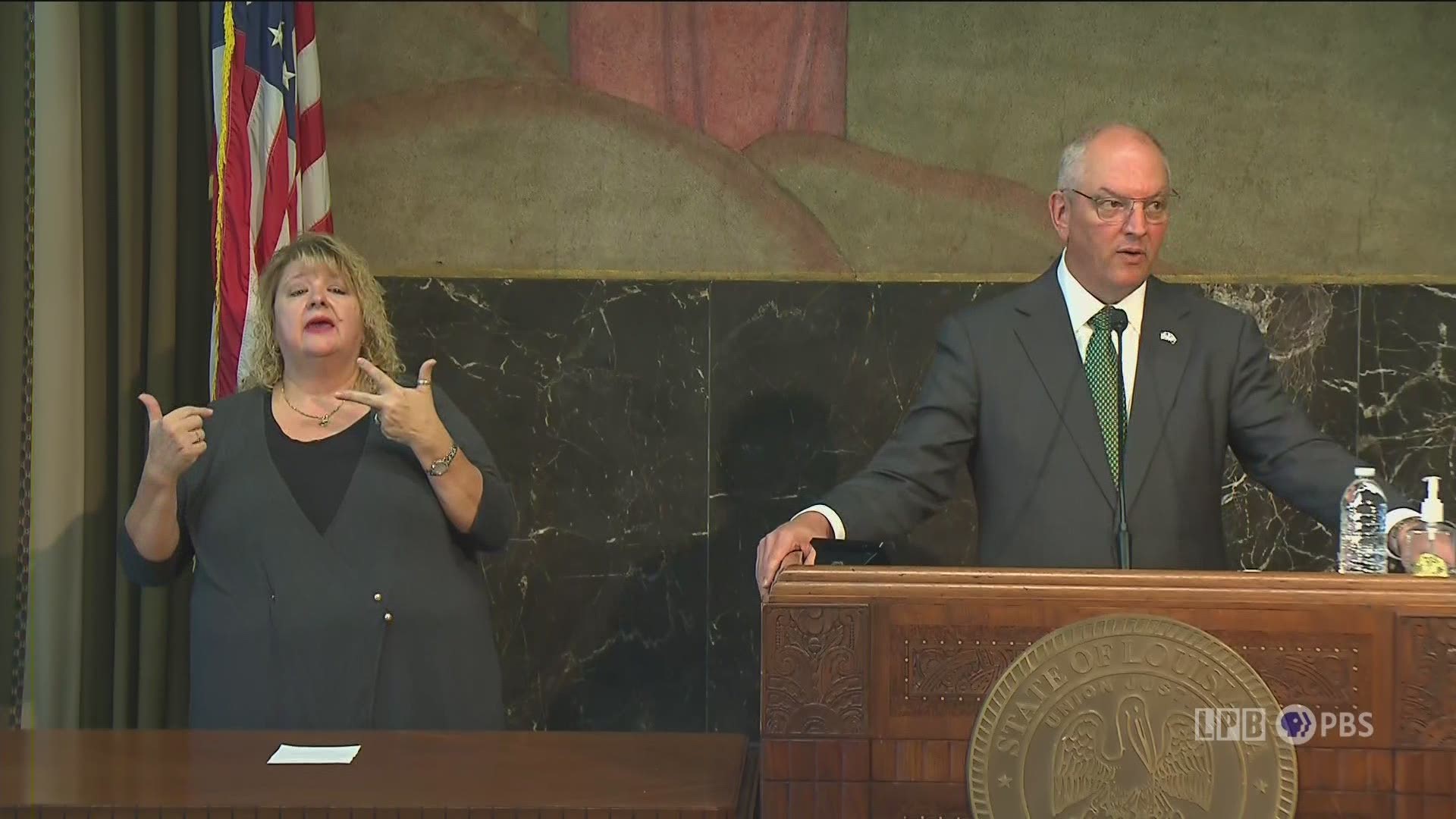 NEW ORLEANS — Gov. John Bel Edwards says that Louisiana has the highest growth rate of new COVID cases per capita of any state in the country and he is recommending that people wear masks indoors in most situations.

Edwards decried Louisiana’s increases in cases, hospitalizations, patients on ventilators and test positivity in making the recommendation and two others.

He said masks should be worn both by people who are not vaccinated and those who are if they are indoors and can’t maintain six feet of distance from others.

Edwards said that he is also asking businesses to set things up to minimize the chances of exposure to COVID for their employees. And, he said anyone who has exposure to COVID, should get tested and isolate if positive, and get re-tested in 5-7 days if negative.

Louisiana has 1,008 people hospitalized with COVID, up from 240 just a few weeks ago. There are 82 people on ventilators, and that is up from 65 just a day ago. And, the number of tests that are positive is 8.9 percent. Edwards said he expects that number to be over 10 percent by next week.

“We have the tools to prevent this from happening,” he said, but he added, “Even though Louisiana has the fastest growing trajectory of any state in the country, we’re ordering only 10 percent of the vaccine doses available to us.”

He said that was due to the lack of demand.

He also emphasized the effectiveness of the vaccines by pointing out that nursing homes, places with the state’s most vulnerable population for COVID, have very few cases, because most of the residents are vaccinated.

“There are more than 1,400 locations to get vaccinated. It is free. It won’t cost you anything and it just might save your life,” he said.

Edwards said that because of the state’s low vaccination rate and the presence of the delta variant, that the CDC is studying Louisiana’s outbreak to help with its guidance for the country.

Ochsner Health said it’s seeing a 423 percent increase in COVID patients from one month ago. Since February, 97 percent of inpatients have been unvaccinated and the average age is getting younger.

New Orleans officials say they are strongly recommending that people resume wearing masks indoors as the city experiences a surge of new COVID-19 cases to levels not seen in months.

Mayor LaToya Cantrell stopped short Wednesday of requiring mask-wearing. She said the advisory being issued “puts the responsibility on individuals themselves,” rather than having the city enforce a mandate. The seven-day average of new cases in the city hit 117 Wednesday, the highest it's been since early February. It had been as low as eight in June.

Officials continue to stress the need for people to get vaccinated to guard against the highly contagious delta variant.

Healthcare providers are reporting an increase in the number of people signing up to get vaccinated against COVID-19. Ochsner officials said they're seeing a 10-15% increase in vaccination requests while LCMC hospitals report that calls to schedule a vaccine have almost tripled.