Nearly 700 La. businesses have COVID-19 violations, but Fire Marshall says most 'want to do the right thing'

Out of more than 8,000 visits across the state, inspectors have only found roughly 700 businesses with violations. 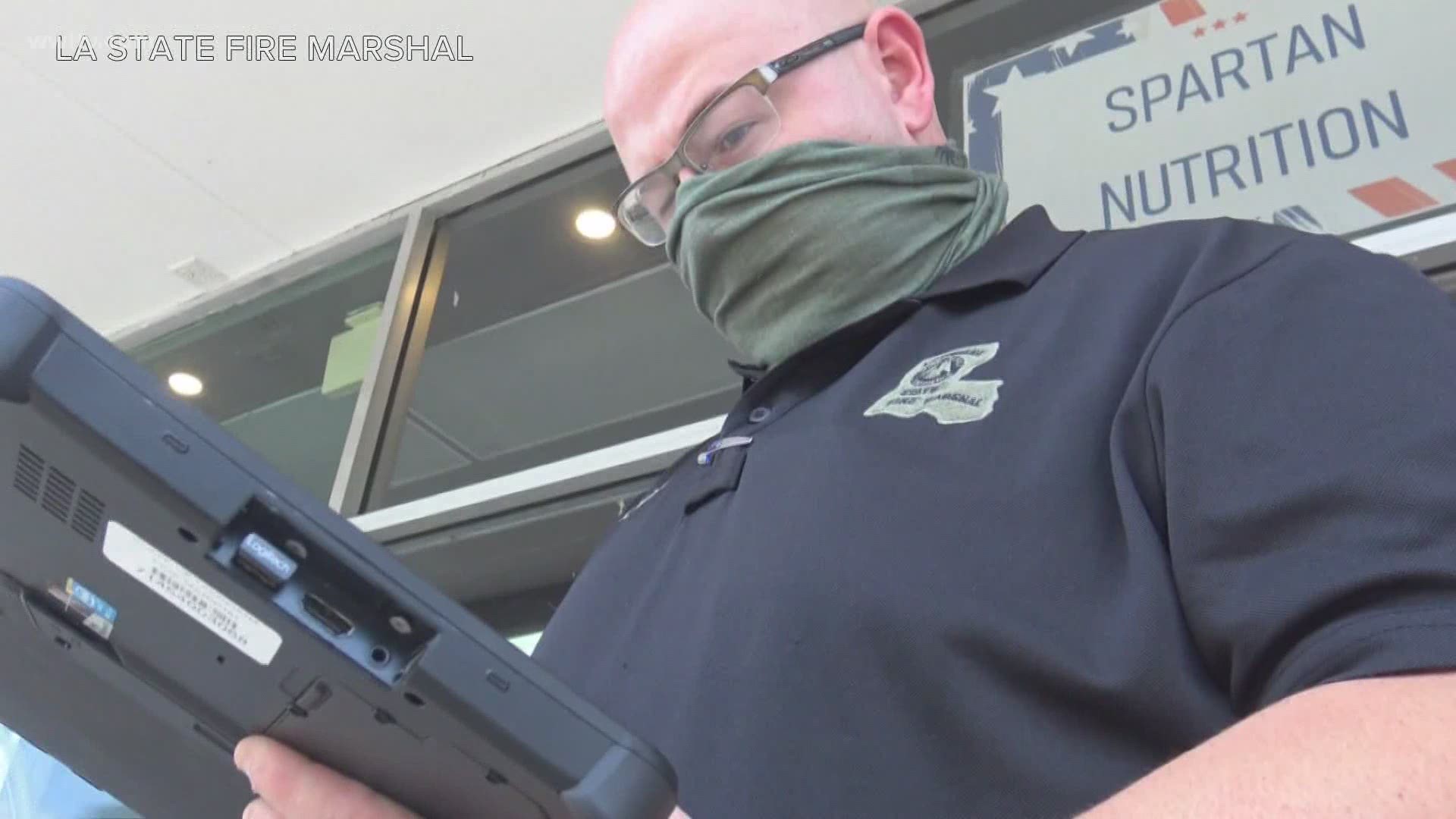 NEW ORLEANS — The number of new Coronavirus cases shot back with a vengeance in Louisiana.

After first flattening the curve, the state is once again at the top of the list when it comes to per capita COVID-19 infections.

LA Fire Marshal Butch Browning now has much of his staff out in the field, making sure bars and other businesses are following state mandates aimed at slowing the spread of the virus.

“Nobody is telling us get away, we’re going to do it our way, that’s just not what we’re finding as we go door to door,” Browning said. “We’re finding people who want to do the right thing and they’re scared.”

Browning told WWL-TV, out of more than 8,000 visits across the state his inspectors have only found roughly 700 businesses with violations.

So far, his office has not taken any civil or criminal action against any of the violators.  But state officials announced last week that the Office of Alcohol and Tobacco Control suspended the operating licenses of four businesses that were found to have repeatedly violated restrictions.

Browning said most of what his inspectors are seeing are minor infractions.

In New Orleans, residents are encouraged to call 311 to report violations.

A city spokeswoman confirms over this past weekend, 108 calls came in complaining about large gatherings.

There were 101 additional complaints about other non-compliance issues such as mask wearing and social distancing.

In Jefferson, nearly 4,000 complaints have been logged since the parish “Covid Compliance Hotline” was established on July 1.

“The basis for most of the complaints, I’d say 95 to 99 percent of them, are no masks or social distancing and overcrowded,” JP Dir. of Property and Zoning Catherine Toppel said. “We do find that the majority if not all of them actually right now have come into compliance after we have made those visits.”

Toppel added so far her office has not had to issue any business a citation for violating mitigation measures.

“As we entered into this phase of higher cases being reported I personally have noticed a lot more people wearing masks where I shop and where I visit,” Toppel said. “I think people are understanding that we need to do something to try and slow these numbers.”

Governor John Bel Edwards has announced he will issue a new order extending the current reopening guidelines which are now set to expire on Friday.

The fire marshal predicts the exiting Coronavirus measures will likely be in place for the foreseeable future.

“The masking and all of these mitigation measures that we’ve got to have, it’s the only way we’re going slow the spread,” Browning said. “Look at the numbers today. I mean, it’s bad.”

Bars across the state are closed.

Other types of businesses are restricted to half of their normal capacity.

Crowd sizes are limited and face coverings are required in public spaces.