As more cases come in, the governor is now keeping schools closed and businesses shuttered until at least May. 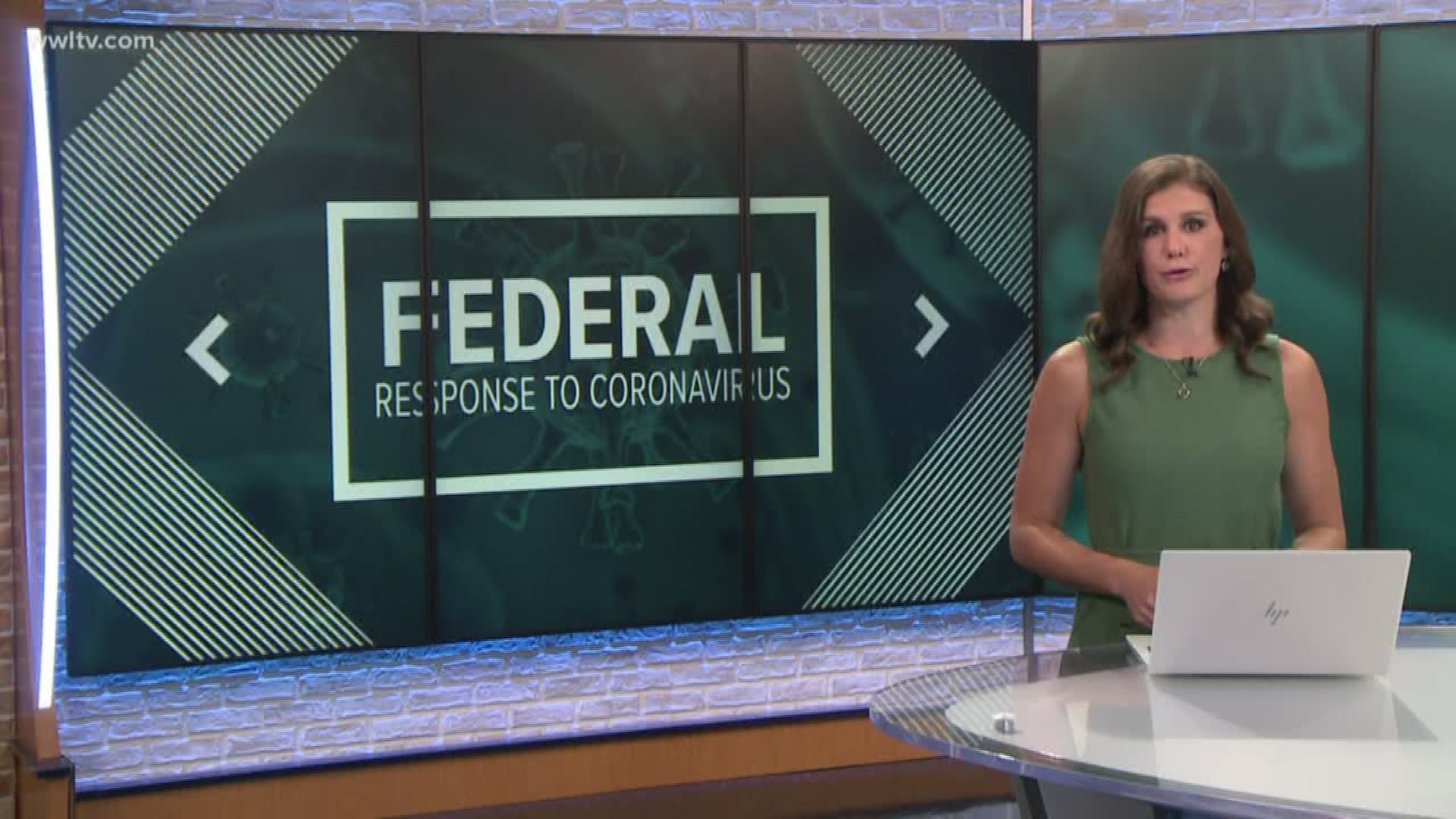 The city of Biloxi, MS is planning to institute a nighttime curfew to keep more people off the streets in an effort to curb the spread of COVID-19.

The curfew is set to begin April 2 at 11 p.m. and will run indefinitely. With exceptions for essential workers such as police officers and government officials, the government is prohibiting anybody from being on the streets in Biloxi from 11 p.m. to 5 a.m. every night.

The mayor specifically cited Biloxi's proximity to New Orleans in the executive order authorizing the curfew, pointing out that more than 25% of Louisiana's cases have come from the Crescent City.

After several days of slowing in the coronavirus percent growth across the state, specifically in the New Orleans area, the Louisiana Department of Health has reported the most new deaths and cases in a single day.

"There is nothing to indicate that we are flattening the curve," Governor John Bel Edwards said Tuesday at his daily press briefing.

54 new deaths were reported Tuesday, 35 (or 65%) of which came from Orleans and Jefferson parishes.

There are a staggering 1,212 new confirmed COVID-19 cases in Louisiana, 709 (or 58%) of which came from the same two. The amount of new cases more than doubles the previous single-day high.

St. Tammany Parish, which has the third most cases in the area, remains at four deaths.

Edwards said that people need to adhere better to his mandate to stay at home and he said the numbers released Tuesday show there is more to come.

The LDH also reports the first death of someone between the ages of 18-29 from COVID-19 in the state.

All told, the coronavirus death rate in the U.S. is less than 2% of all confirmed cases. In Louisiana, that rate is closer to 5% in Louisiana. In New Orleans, it's close to 6%.

Those over the age of 70 account for roughly 60% of all the deaths in the state.

Nearly 40,000 tests have now been completed in Louisiana, almost all of which have been done by commercial labs.

Lambeth House senior community, the site of Louisiana's first "coronavirus cluster" that has tragically killed at least 13 residents there, reported no mores cases of the disease in a major section of its facility Tuesday, leaders said.

According to Greg Beuerman, a spokesperson for the home, there were no known cases of COVID-19 in the building's independent living section as of March 31. There had also been no new tests ordered for suspicion of the disease in the entire community in the past five days.

It's an encouraging sign for the Uptown New Orleans long-term care facility that has so far been the hardest-hit by the new coronavirus in Louisiana.

Within the New Orleans population, which already leads the state in total deaths, a staggering one in 10 who have passed from COVID-19 in the city lived at Lambeth House.

New Orleans has consolidated all city-run drive-thru testing for COVID-19 to one location.

The COVID-19 drive-thru testing site at the Mahalia Jackson Theater parking lot closed at 2 p.m. Monday and will not reopen. Instead, all testing will be done at the University of New Orleans Lakefront Arena parking lot from 8 a.m. to 4 p.m. daily or until the daily cap of 500 tests is reached.

People seeking to be tested should be 18 years old or older and have a fever with a cough or shortness of breath.

“In the last few days, testing demand has slowed,” NOHSEP Director Collin Arnold said. "It is far too soon to determine if this is due to the beginning of a flattening curve or if people are simply heeding the stay home order.”

Louisiana Governor John Bel Edwards said that he expects to extend his proclamation that halts any large gatherings and that closed all public schools through April 30.

Edwards made the announcement during his Monday update of the coronavirus outbreak in the state, saying that he was keeping in line with what President Trump recommended Sunday.

The president said Sunday that he was requesting a shut down on non-essential gatherings and workplaces be extended until April 30.

Edwards said that he knows the new proclamation would put schools in a tough spot, leaving just a few weeks in the academic year – if the order ends at that time.

The man accused of organizing a second line that brought more than 100 people together was arrested Monday by police for organizing a public gathering in defiance of the city's stay at home mandate.

NOPD officers arrested Cecil Spencer around 4:15 Monday after issuing a warrant for him Sunday. It's unclear based on booking records what he was charged with.

According to the NOPD, officers responded Saturday to a report of a large gathering at the location. When they arrived they found a band playing and about 100 people at the location.

SNAP benefits to increase for more than 200,000 Louisiana households

More than 200,000 households will get more money from their SNAP benefits in March and April to help them get through the coronavirus crisis.

Mayor LaToya Cantrell painted a dire picture of the city's financial situation during an interview on WBOK Radio Monday, saying the lack of income from taxes could cut $100 million from the city's operating budget.

If the city really does stand to lose $100 million this year, coronavirus will have gouged out about 14% out of the city's budget, forcing cuts to programs across the board to keep the lights on at city hall.

Louisiana received about $1.8 billion from the $2.2 trillion economic relief bill passed by Congress Friday, but it's unclear how much of that, if any, is set aside to prop up local governments.

Tulane School of Medicine’s student-run community clinics are rallying to support healthcare workers on the front lines during the COVID-19 crisis.

MORE: Drive-thru COVID-19 testing: What you need to know before you go