Hospitalizations in Louisiana rebounded after reaching a low of 542 patients on June 13. 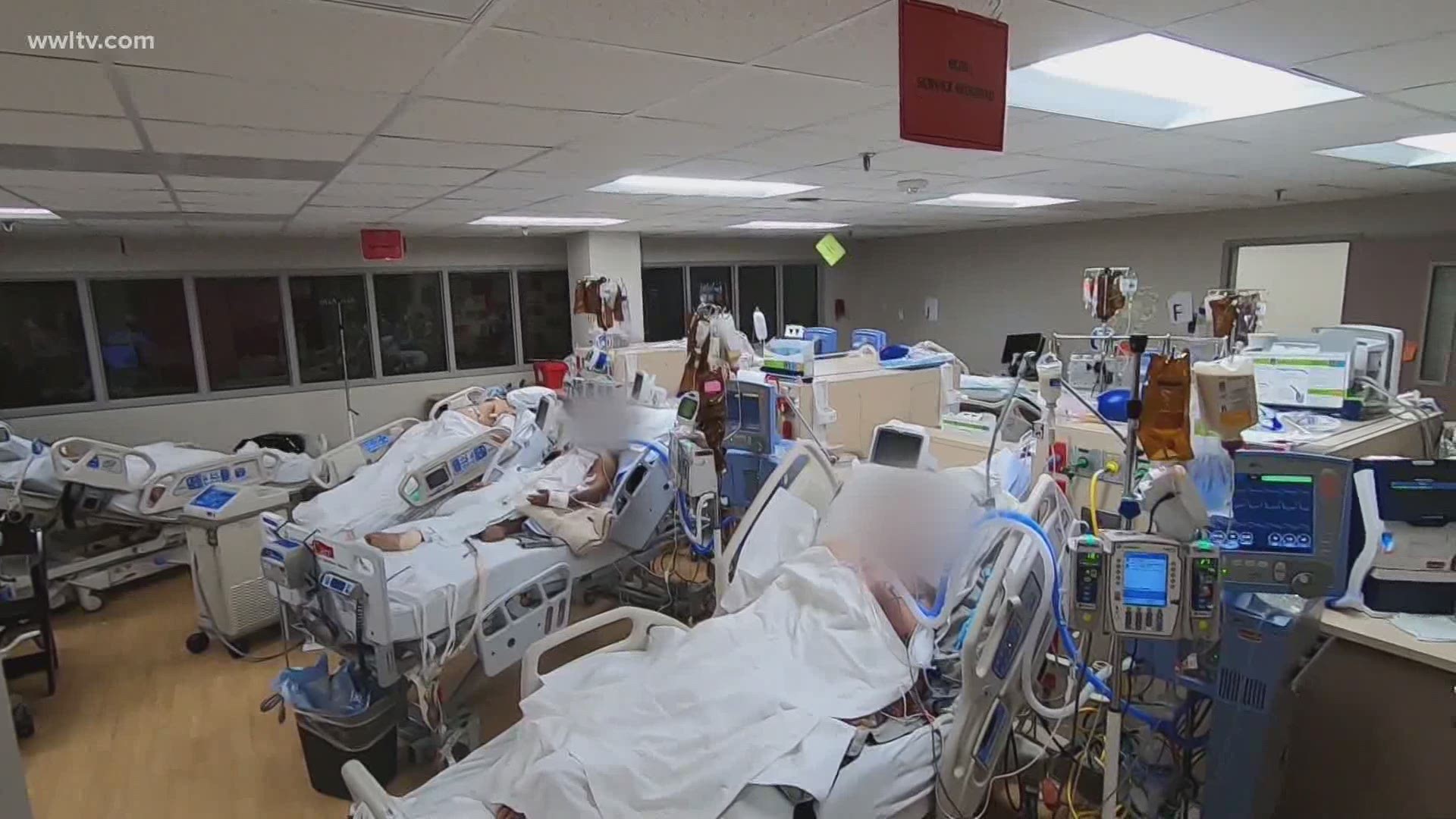 NEW ORLEANS — COVID-19 hospitalizations in Louisiana increased by 20 Thursday, bringing the total number of people in the hospital with the disease to its highest level since Phase 1 reopening began nearly two months ago.

As of Thursday afternoon, the Louisiana Department of Health reports 1042 people are hospitalized across the state with COVID-19, with 110 of those patients requiring ventilators. When Phase 1 reopening began on May 15 there were 1091 people in hospitals.

Hospitalizations in Louisiana rebounded after reaching a low of 542 patients on June 13, just more than a week after the state advanced into Phase 2 of reopening.

Wednesday, Louisiana Governor John Bel Edwards warned that the state was “going in the wrong direction” after erasing all gains it had made against the virus in June. Edwards said that Louisiana is now seeing new case numbers rivaling peaks seen in early April.

However, unlike the previous peak which had an epicenter in the New Orleans metro area, Edwards said Louisiana is facing a “statewide epidemic” in which no single region is driving growth in cases or hospitalizations.

The governor said he joined a phone call Wednesday morning with 20 hospital CEOs and medical directors from around the state. He said “nearly every” one of the call participants reported sustained increases in COVID-19 hospitalizations.

Despite the rise in hospitalizations, the number of COVID-19 related deaths have declined or flattened in the same time span. However, data from deaths tend to typically lag behind any increase in new cases or hospitalizations.

RELATED: Another 1,800 COVID cases across La.; Hospitalizations and percent of positive tests increase