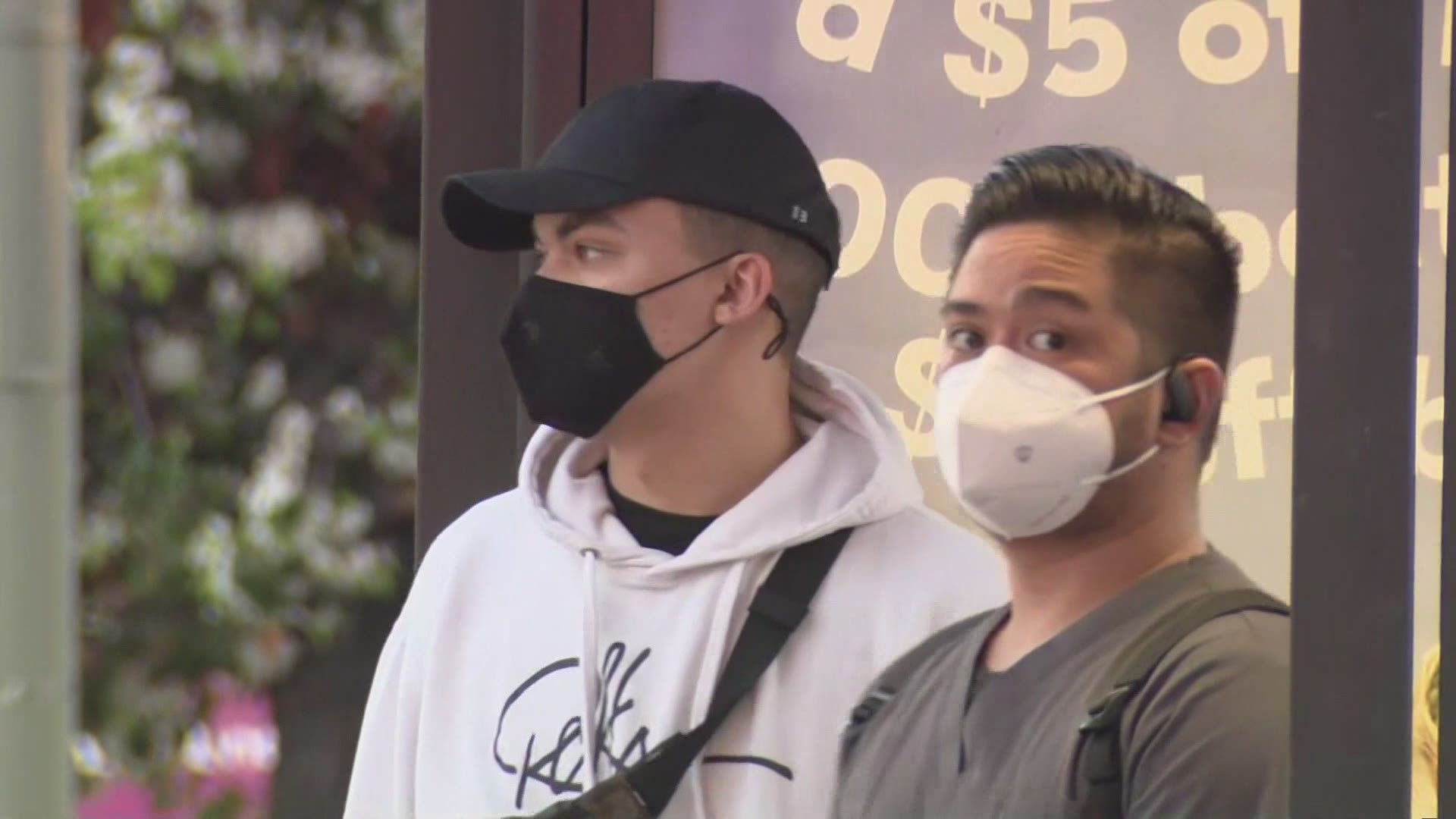 No one needs to wear a mask in public with the following exceptions:

Edwards also said that private businesses and local governments can implement their own mask policy if they feel they should.

The city of New Orleans is unlikely to move as quickly as the rest of the state. City spokesman Beau Tidwell said city leaders would likely announce their direction with COVID restrictions later this week.

Meanwhile, Jefferson, St. Tammany, St. Bernard and St. John the Baptist, and Plaquemines parishes said they would no longer require masks in their parishes - except where the state mandates it - but St. Tammany Parish President Mike Cooper said people who are more comfortable wearing masks should continue to do so.

The governor made the announcement at a news conference on Tuesday. The move follows CDC guidance that said that fully vaccinated people do not need to wear a mask outdoors unless they are in a very crowded situation that includes strangers.

Dr. Joseph Kanter laid out the rationale for lessening the restrictions, showing that the state's numbers are much lower than the three peaks the state has had and he talked about how well the state ranked nationally in percentage of cases and percent positivity.

He said the most important tool that we have to protect ourselves is now in place - vaccines.

"Vaccinations work. They drive down transmission and they make people safer," he said, while pointing out that cases in nursing homes have dramatically dropped since vaccinations have been available. He said the number of cases per week in nursing homes is down in the "low double digits" the past few weeks.

The mask mandate removal follows similar moves by the surrounding states of Texas, Mississippi and Arkansas.

The state of Louisiana is continuing to see COVID numbers that are much lower than during any of the peaks or spikes of the virus, which started in the state last March.

It also comes as universities and school systems plan on returning to in-class learning in the Fall and as major festivals such as the French Quarter Festival and the New Orleans Jazz and Heritage Festival aim for an October return.

The state is lagging the rest of the country when it comes to vaccinations and is currently not using all of the supply that it is allotted. Approximately 25 percent of the state has had a vaccination shot.

RELATED: What activities CDC says are (and aren't) safe without masks for fully vaccinated