Louisiana's recovery numbers are good news, but we're not out of the woods yet 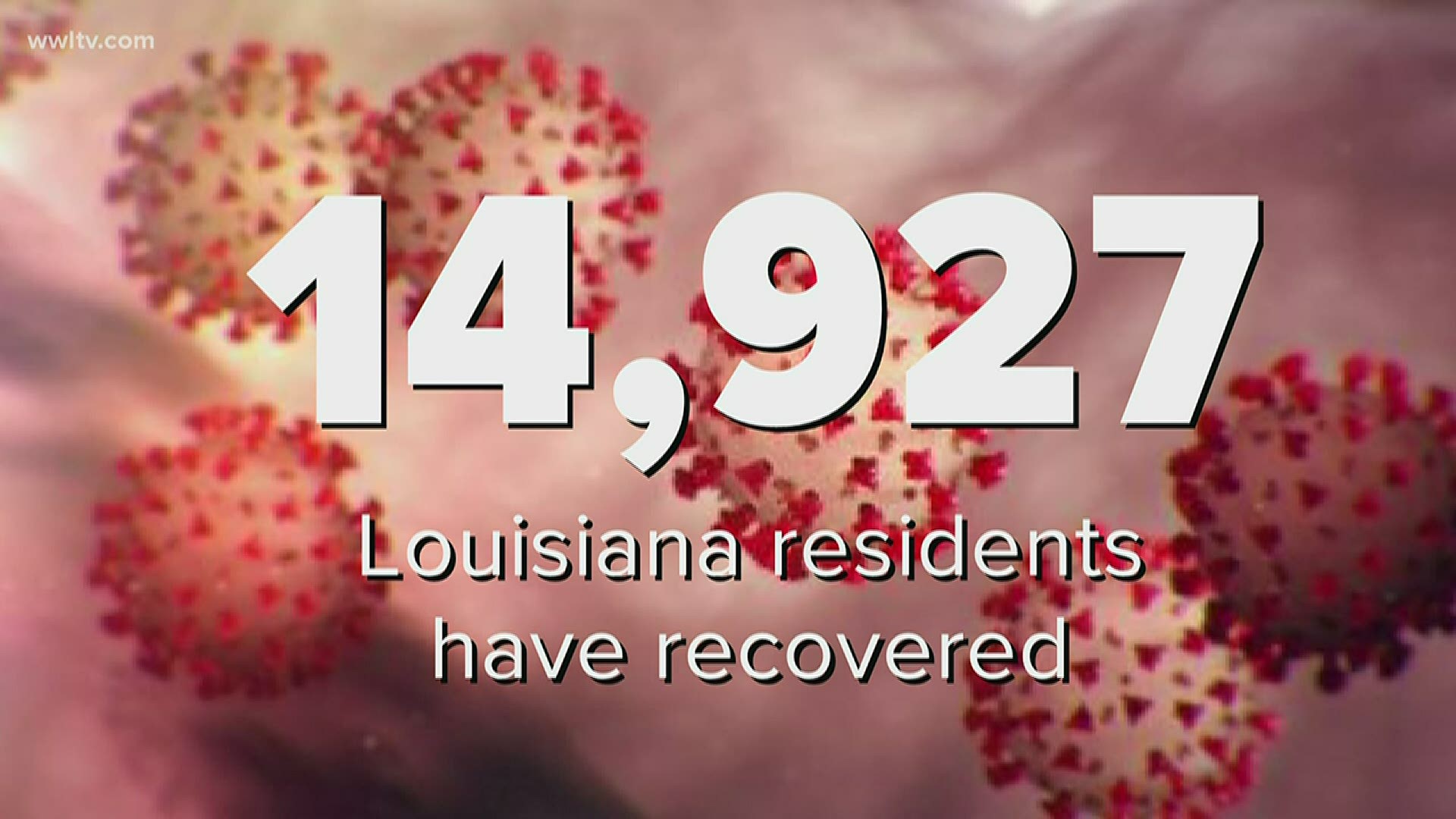 For the first time ever Friday, the Louisiana Department of Health released the number of patients statewide who have recovered from COVID-19.

As of April 24, nearly 15,000 people are part of that group.  Governor John Bel Edwards said the release was in the name of transparency.

"They're starting to report the number of Louisianans who have recovered. It is an estimate," Edwards said.

It's an estimate because the Department of Health cannot always track patients once they have been tested. The Department assumes recovery under two circumstances:

"The recovery tells us some good news, but not all of the news that you would like to see." Dr. Maureen Lichtveld, who is chair of department of global environmental health sciences at Tulane University School of Public Health and Tropical Medicine, said. While the number of recovered cases is encouraging, the actual number of recoveries is much larger.

Many people who battled COVID-19 likely did not have access to testing. Dr. Lichtveld believes African Americans are disproportionately underrepresented in the recovery number.

"We have a real issue and a problem with historic health disparities and health inequities," she said. "Where access to testing, access to treatment, for particularly African Americans. And that is unacceptable."

Louisiana is ramping up testing, with the goal of testing 140,000 people per month by May. That is vital, Dr. Lichtveld says, along with increasing antibody testing for those who could not get tested while they were sick, or were perhaps asymptomatic carriers of the Coronavirus.

Still, she and other doctors emphasize that news of recovery numbers is not the time to let up on social distancing guidelines.

RELATED: 14,927 people have recovered from coronavirus in Louisiana, LDH says

RELATED: Entire family on the mend from COVID-19 sends message of hope to those still fighting it