'Safer, but not safe' | New study looks at how COVID-19 is spread on airplanes

Keep in mind it takes 90 minutes to clear particles in the average home. 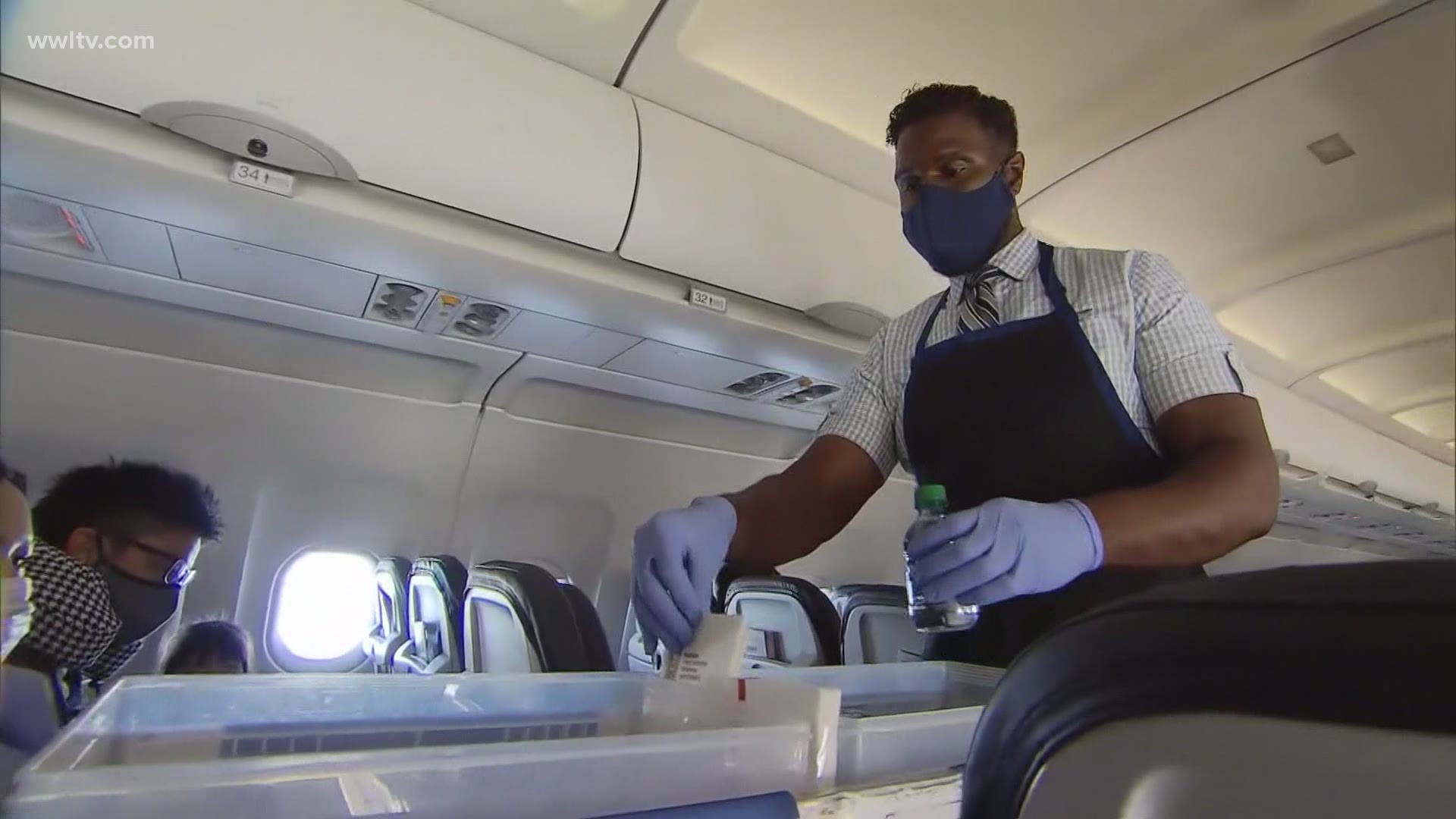 NEW ORLEANS, Louisiana — The airline industry has been hit hard since the coronavirus spread to the U.S.

People are fearful of becoming infected in a closed airline cabin.

Now a new study finds it is much safer than we originally thought, but a local doctors says there are still reasons not to let your guard down.

The new study is from the U.S. Department of Defense. Using a mannequin, they found that 99.99 percent of particles, released in the air from an infected person wearing a surgical mask, were removed from an airplane cabin within six minutes.

Keep in mind it takes 90 minutes to clear particles in the average home.

So we turned to Tulane Public Health Epidemiologist Dr. Susan Hassig for her analysis.

“In the perfect conditions that were indicated by the study, one is relatively safe. I think safer, but not safe,” explained Dr. Susan Hassig, an Associate Professor in the Tulane School of Public Health and Tropical Medicine.

So lets look at the study limitations. The mannequin spreading the aerosol particles, never took off “her” mask, always faced forward, and never moved.

Masks come off to eat and drink, you go to the restroom or get something out of the overhead bin, children cry and take off masks, you turn and talk to others. So, she says you still need protection.

“You have to mask. You have to still be very aware of surfaces and hand contamination that you could bring your eyes, to your nose or your mouth,” said Dr. Hassig.

So with these new, promising results would you now travel by air? We asked various people out doing their grocery shopping.

“I just would not feel comfortable until there's a vaccine,” said a man who used to travel internationally a lot  before the pandemic.

“It's getting better and safer. I think they take a lot of precautions for traveling people, and I think we doing a little better,” said a woman who would travel.

“I would not feel safe right now. I wouldn't do it, maybe probably 'til next year,” said another woman.

“I do would prefer if everyone wore a mask. I just feel like it controls the virus,” said a woman who would travel but wants to make sure she is protected.

“I'd feel safe on a plane, because if you got on a mask. I don't usually get on a flight that long,” explained a young man.

And Dr. Hassig says that young man’s point is important, because on a shorter flight there will most likely be fewer people moving around the cabin or taking off masks to eat meals.

The study was done in Boeing 767 and 777 aircraft. The doctor says newer aircraft will have better filtration technology.

RELATED: Your blood type could offer some protection against COVID symptoms