There were five complaints made against the venue, alleging that there have been several large gatherings at the ballroom dating back to May. 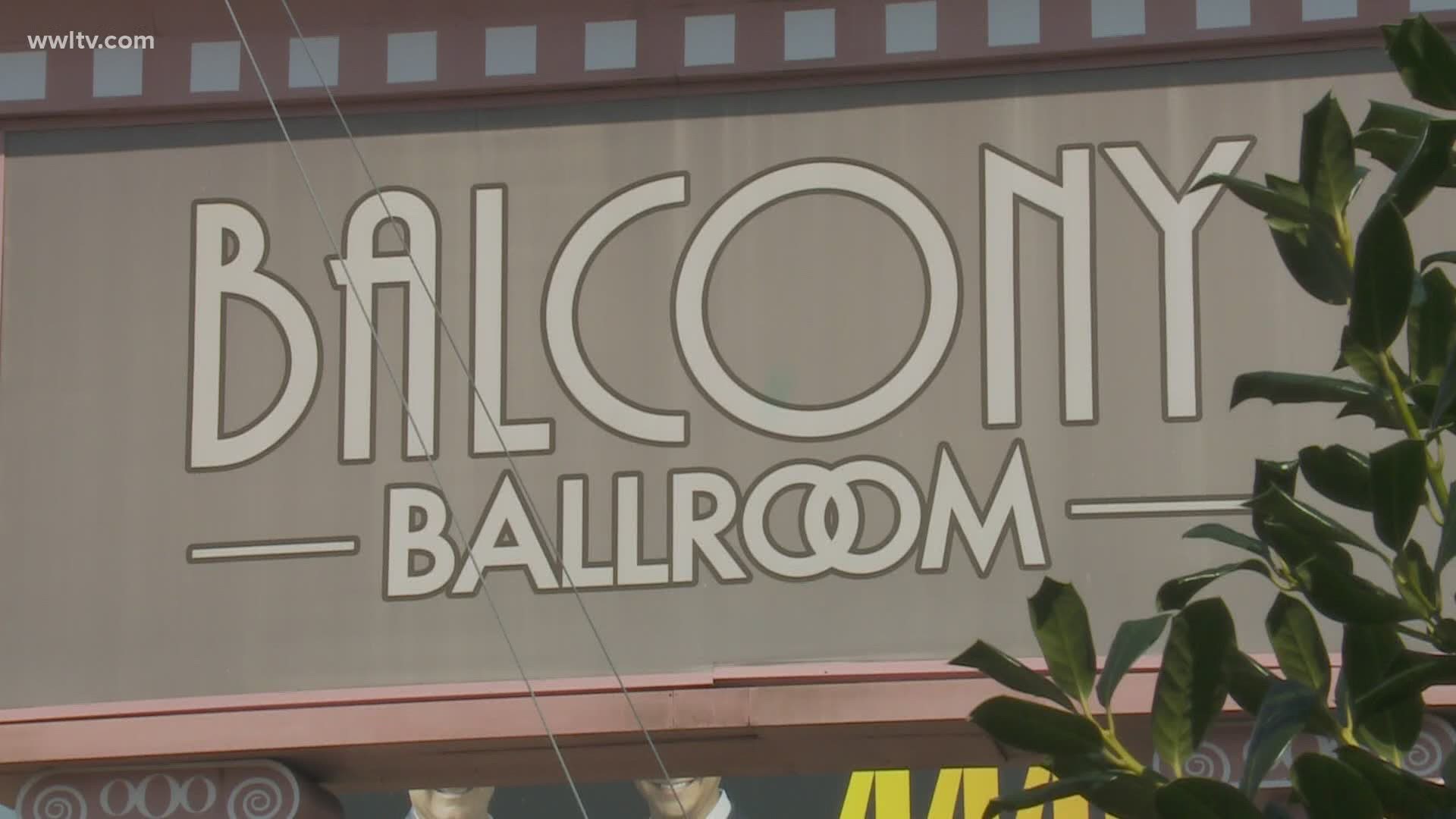 METAIRIE, La. — Despite COVID-19 restrictions, pictures appear to show big wedding receptions, few practicing social distancing and not many people wearing masks during large gatherings at Balcony Ballroom, an event venue in Metairie owned by the parents of Jefferson Parish Councilwoman Jennifer Van Vrancken, according to a lengthy investigation by The Lens.

There were five complaints made against the venue, alleging that there have been several large gatherings at the ballroom dating back to May, according to the complaints obtained by WWLTV. One complaint from an unnamed venue worker said there were more than 250 guests at a wedding reception on July 19th. The business has not been cited because the State Fire Marshal's Office said after investigating they “only found evidence to confirm one of the complaints as valid, adding that the business owners corrected capacity limits,” the State Fire Marshal’s Public Affairs Director, Ashley Rodrigue said in a statement.

Rules from the State Fire Marshal’s office say all customers must be seated upon entry and remain seated aside from getting food, drinks or using the restroom. Customers must also remain masked when not consuming food or drink, according to the statement. The pictures obtained by The Lens show dancing.

“I can’t speak for particular pictures. I haven’t had those produced for me,” said Vrancken, who also works as a paid consultant for the venue.  “I have seen the complaints. They are anonymous. Some of them are absolutely absurd, saying they shouldn’t be open but the fact is when the fire marshal looks into those (complaints) and says ‘yes they can be open, they are licenced as a restaurant’ and they can be open.”

Emails were sent from Vrancken’s government email to the State Fire Marshal H. “Butch” Browning. The Lens reports that “the councilwoman argued that the business should be allowed to operate” but she told WWLTV several hours after the story was first published that she reached out for guidance, same as she’s done for many businesses in the parish.

“Same thing -- my family said this is my understanding -- can you help us get some clarity? I put their information together and sent it from this email so it’s open for all the public to see.”

Management at Balcony Ballroom says they followed all phase 1 and 2 restaurant guidelines, which allowed them to operate at 25 percent capacity during phase 1, and 50 percent capacity in phase two. They said the “undated photographs that accompanied the allegations were fully investigated and determined to be invalid.” In a statement staff also said they added thermal scanning machines for employees, guests, and other vendors upon entering the building, sanitizer stations throughout the space for all to use and ionic air treatment in our a/c systems to reduce a variety of pathogens & viruses.

Many of the guests are seen in the photos not wearing masks. Management at the venue says employees are utilizing PPE and face coverings.