Quincy Pool Jr. has spent a month in the hospital with a severe case of MIS-C. While the condition is rare, Quincy Pool Sr. hopes his son's story brings awareness. 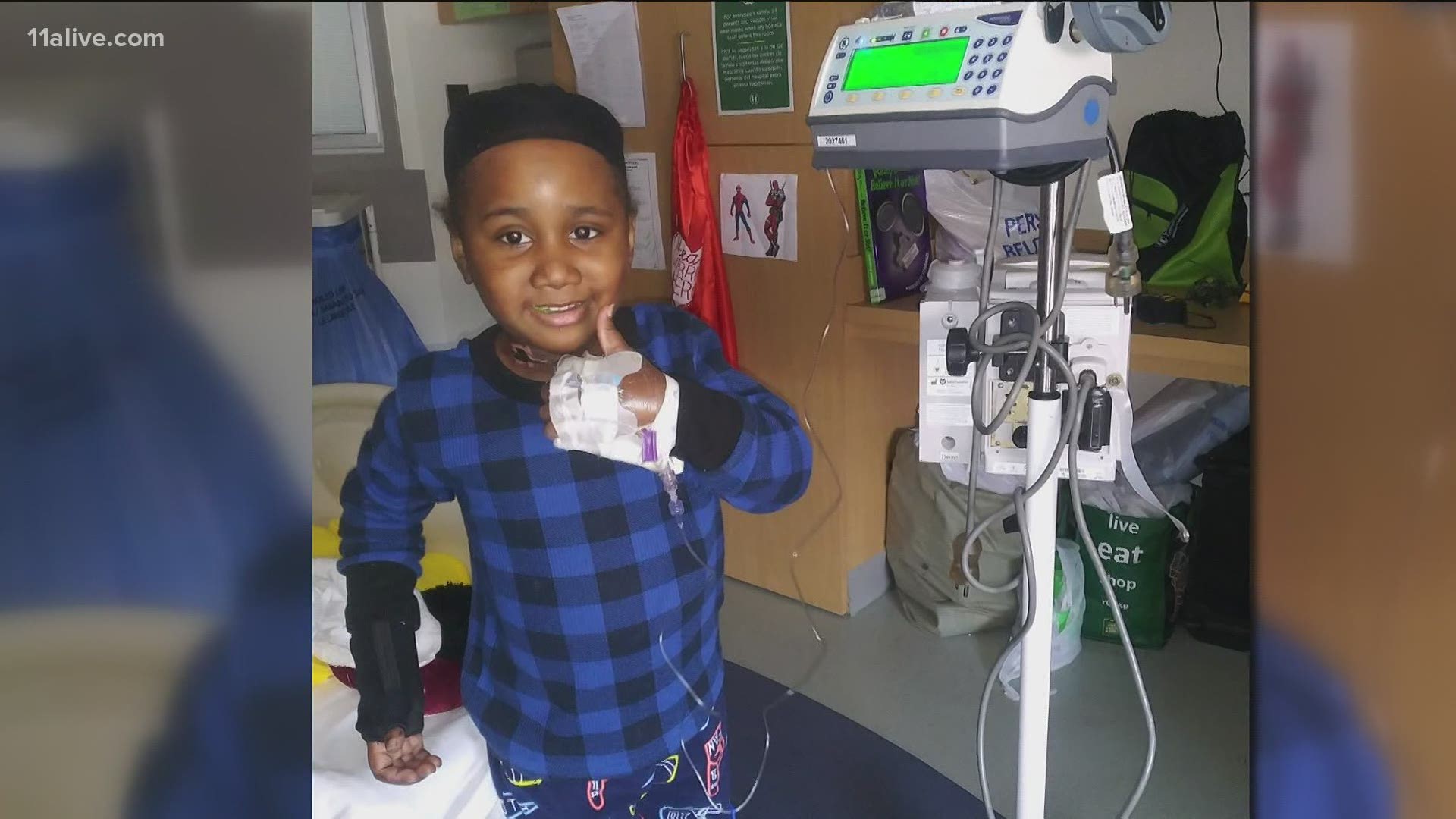 ATLANTA — Quincy Pool Jr. never showed any symptoms of COVID-19 and never tested positive for the virus. Still, it appears the virus led to him being admitted to Children's Healthcare of Atlanta with serious health issues. For the past month, Pool Jr. has been in the hospital battling multisystem inflammatory syndrome in children, or MIS-C.

The serious case of the rare condition attacked the boy's heart, lungs, kidney and caused a blood clot, according to his father.

"He was on the brink of organ shutdown," he said.

Swelling in the boy's arms required surgery to relieve and now the 4-year-old is needing to learn how to use his hands again but he is starting to show signs of improvement.

"He is walking, getting out of the wheelchair," Pool Sr. said.

The boy's father added no one in their family ever tested positive for COVID-19 and never experienced any symptoms. But when his son did become sick and they went to the hospital, doctors found he had COVID antibodies, meaning his son was exposed at some point to the virus.

4-year-old with MIS-C from COVID

"We are still trying to get a better understanding of which children are more likely to be predisposed to having MIS-C," said Dr. Andi Shane with Children's Healthcare of Atlanta.

Shane is the medical director of hospital epidemiology and division chief of pediatric infectious diseases at Emory University. When COVID-19 cases overall have spiked, Shane said her staff has then seen MIS-C cases increase weeks later. Last May Children's doctors began diagnosing the rare condition and since then have seen approximately 240 cases.

"What usually happens is most children get COVID and then the MIS-C symptoms start to present three weeks to six weeks after the initial COVID infection," she said.

"We have seen a trend towards less severe conditions or less severe presentation," Dr. Shane said.

She added that less severe cases may only require a short hospital stay and minimal treatment.

Pool Sr. though said in his son's serious case, after a month in the hospital, he is being told they may be in the hospital for another three weeks with rehab to follow after he is released.

The easiest way to avoid MIS-C according to Shane is to avoid COVID-19. While adults are now being vaccinated for the virus, the vaccine hasn't yet been authorized for children. Until that time, Shane said to protect children, health precautions used throughout the pandemic need to continue to be followed.

"Families should continue to practice all of the mitigation efforts that they have been so far," Shane said. "Of course the weather is getting nice and people want to go outside and travel. Really though keeping in small groups and making sure anybody who is not vaccinated remains masked, trying to make sure people don't socialize and mix because when we have a lot of socializing and mixing group events that is when we do see transmission."