New Orleans Convention Center could be used for COVID-19 patients

Gov. John Bel Edwards confirmed Wednesday the convention center is one of several locations being looked at. 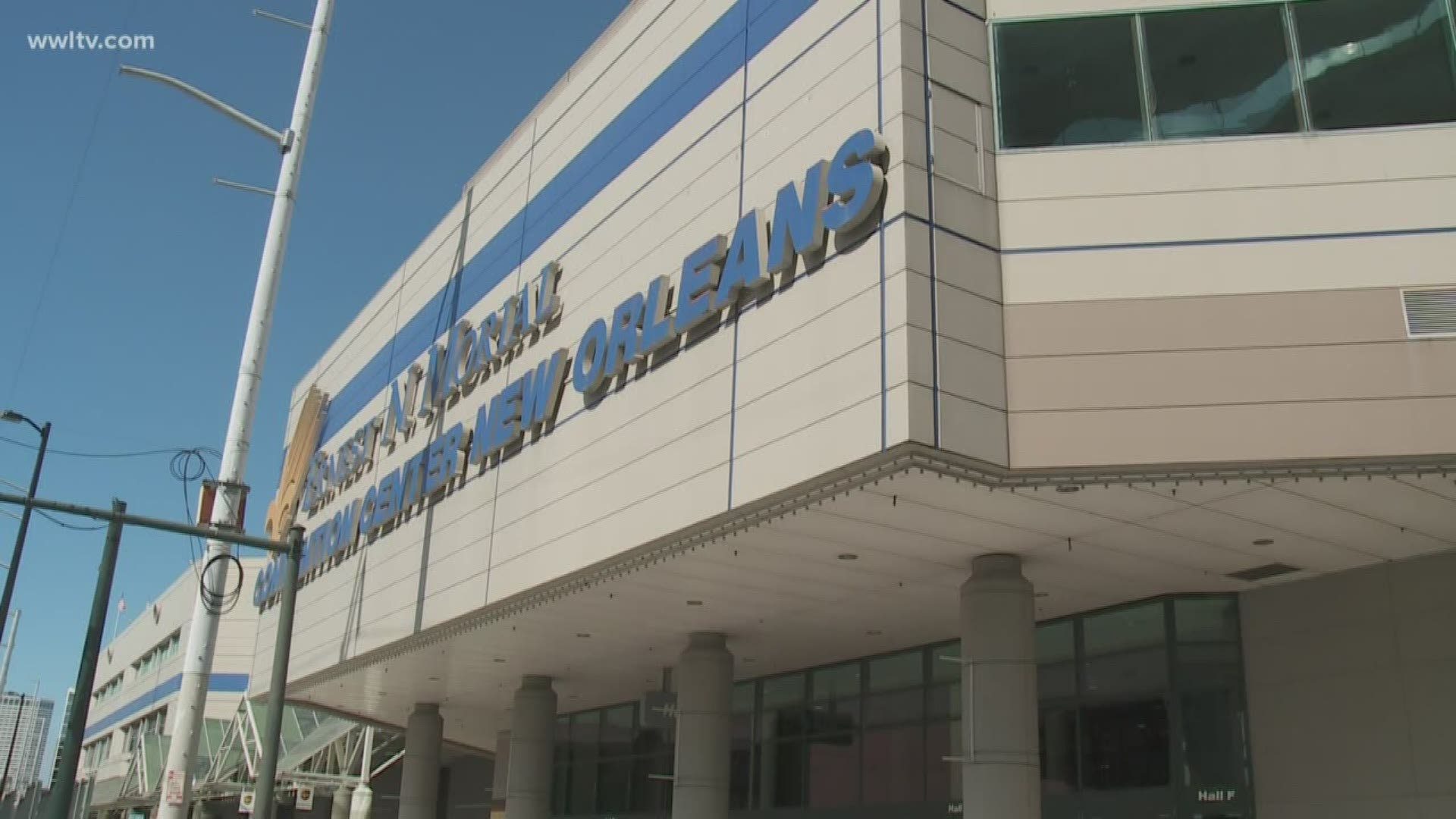 NEW ORLEANS — The New Orleans Ernest N. Morial Convention Center could be used to house up to 3,000 non-critical COVID-19 patients as area hospitals will likely see a surge as more people are treated for the virus, according to officials with the state of Louisiana and city of New Orleans.

In a story first reported by The Lens, Gov. John Bel Edwards confirmed Wednesday the convention center is one of several locations being looked at.

“We are giving consideration to the Morial Convention Center for this,” said Edwards who believes hospitals in New Orleans could start to be overrun and that moving patients who are in better condition to the convention center could open up valuable beds.

“When a patient is sufficiently recovered and no longer needs to be an ICU bed then we have another place where they can go and that frees that bed up,” said Edwards.

New Orleans city leaders say they’ve already activated one state contract giving them access to up to 35,000 health workers across the country to help staff the convention center. Medical students may also be assigned to help.

“We are urging them (universities) to allow for their students to get the best training they can receive while on the ground,” said Mayor LaToya Cantrell.

In the wake of Hurricane Katrina, thousands of people evacuated to the convention center after the Superdome couldn't handle anymore. The conditions were not up to par. There was not enough medical supplies, food or water. Mayor Cantrell reiterated Wednesday that leaders are prepared.

“We will be able to have staffing and meet the needs of the 3,000 patients that will receive support at the convention center,” said Cantrell.

The Lens reports convention center officials say they don’t believe it will be as bad as Katrina but they do want to be prepared if called to help.

The governor says the convention center is just one of the locations he is looking at however he stopped short of the specifics during his news conference.

We reached out to Tulane University, one of several universities with empty dorms. In a brief statement, the university expressed a willingness to offer empty residence space as part of the COVID-19 response.

An official announcement on which sites will be used will be coming “very, very soon,” according to Edwards.

RELATED: Coronavirus Relief Bill: How can small businesses get funds to stay in business?