The new study was just approved 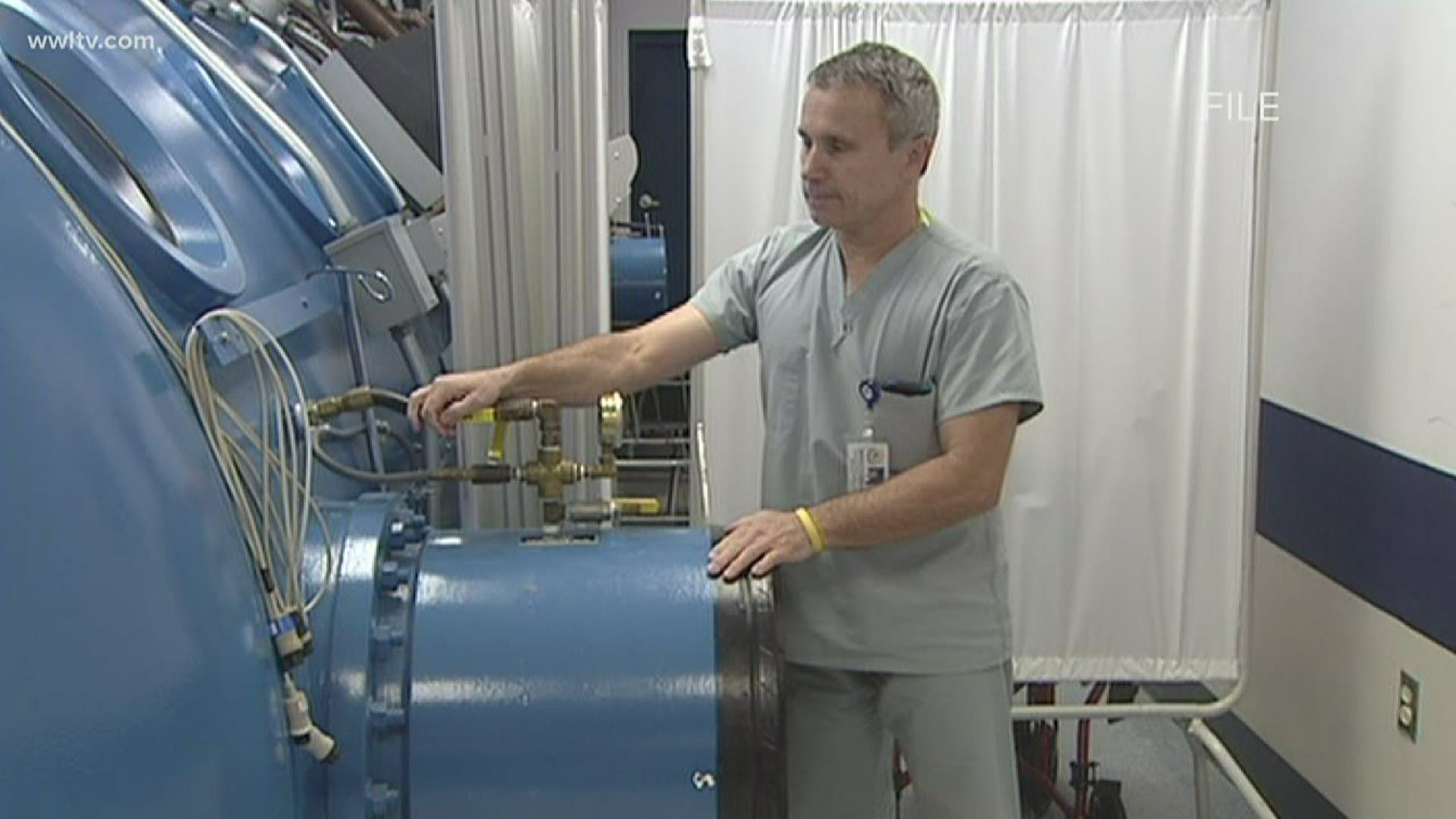 NEW ORLEANS — A new and different way of treating patients with COVID-19 may soon be studied in New Orleans.

Monday, a panel of doctors met to decide if the study, treating patients in oxygen chambers, can move forward. The idea dates back more than a century.

Hyperbaric oxygen chambers have been used for decades to heal. They pump many times the oxygen under pressure into a patient. And recently Dr. Paul Harch, emergency medicine and hyperbaric oxygen specialist at LSU Health, came across information from the deadly 1918 Spanish flu outbreak.

"It was a doctor in Kansas City who realized that Spanish flu victims were dying at a much higher rate at altitude in the Rockies, and he thought it was due to the low pressure and low oxygen," said Dr. Paul Harch, an emergency medicine and hyperbaric oxygen physician at LSU Health Sciences Center.

But using the oxygen chamber helped.

"Within minutes of putting this patient under pressure in the chamber, he began to rouse he was nearly unconscious and blue. Started breathing better, pinked up, and over the course of five days, just one treatment a day, he was able to revive this patient."

RELATED: JPSO deputies who recovered from coronavirus join study on why some are hit harder than others

Dr. Harch began talking to doctors in China using hyperbaric oxygen too. Three dozen patients were treated with coronavirus, but it started with two patients who were seriously ill.

"And they were able to save both of them. They called it 'cure,'” Dr. Harch said, quoting Chinese doctors.

So Dr. Harch is now hoping to do a study at UMC, with Louisiana patients who are very sick in the hospital but not yet on a ventilator, because he says their conditions are very similar to patients who suffered from the Spanish flu.

"There’s a period of time where they begin to deteriorate and they’ve got about 12 hours before they end up on a ventilator. What we’re trying to do, is see if we can intervene and make a difference in that outcome, because once they’re on the ventilator, they have a very bad prognosis," he explained.

If his study is approved and funded, patients would be treated five times for an hour and a half each.  And as many as 12 could be treated at one time in the large chamber.

The review board just decided that after a few modifications, the study could move forward.