As of Monday, the grid view extension has been downloaded 425,000 times in 161 countries. 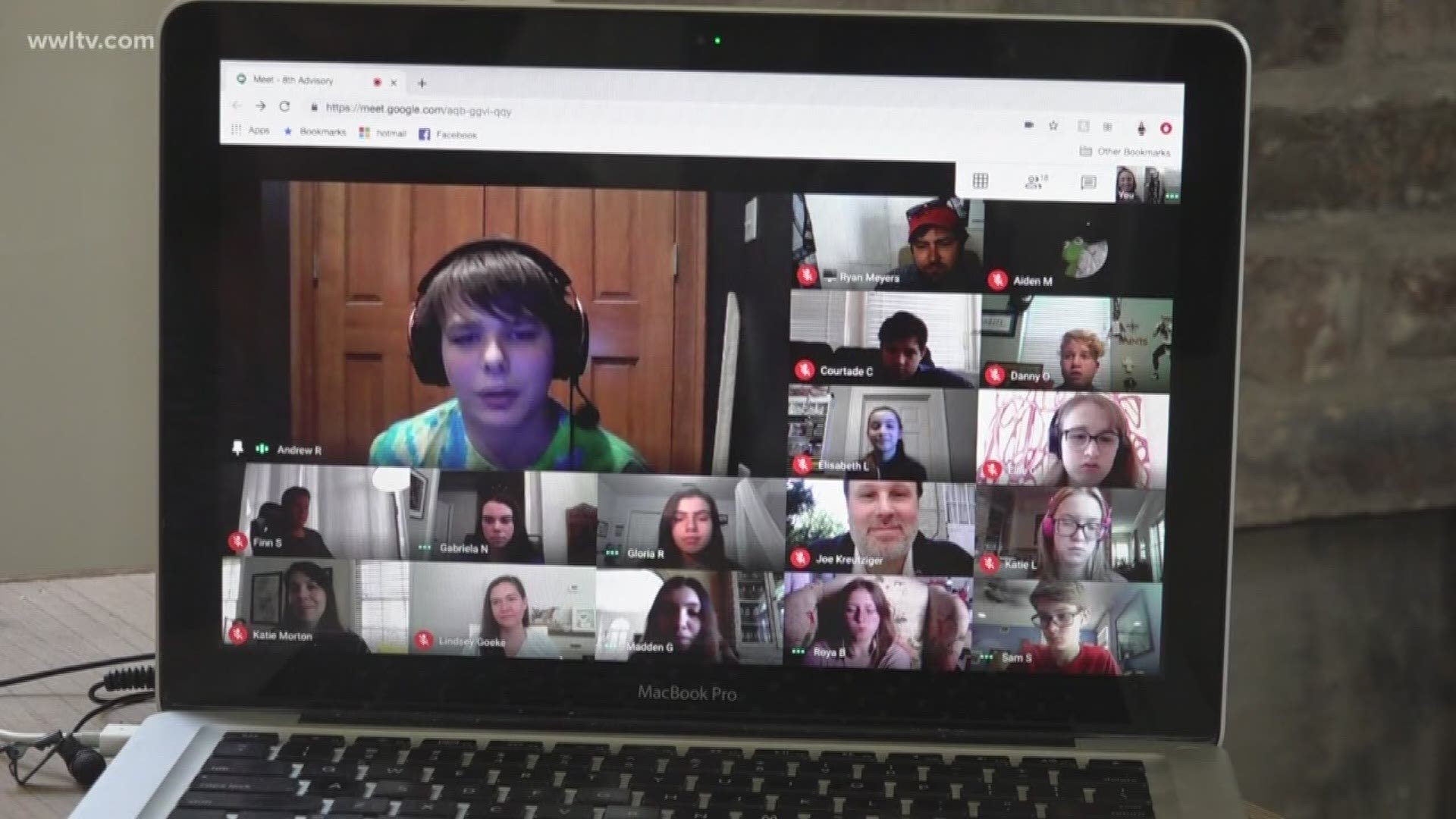 NEW ORLEANS — Students are still getting together while schools are closed, but it's not in person. It's all online and one staff member at St. George's Episcopal School in New Orleans made virtual meetings easier for not just their students, but students everywhere.

St. George's is using Google Meet to stay in touch and on top of their assignments.

"It's not as good as seeing everyone face to face, but it's a big improvement of just doing your work independently," one 8th grade student said.

Ryan Meyers is the school's Director of Technology. He helped the school switch to virtual learning.

"Our focus as a tech team was to make things as simple as they could be for our families," Meyers said.

When they started using Google Meet, they learned the layout and a big classroom didn't mix well since it jumps from user to user depending on whose talking.

"If you had multiple people speaking or trying to speak at the same time, it was really chaotic," teacher Lindsey Goeke.

Because of this, Meyers created a free Google Chrome Extension, changing the view to a grid format so you can see everyone in your meeting at once. It's called 'Google Meet Grid View.' Meyers worked with someone by the name of Chris Gamble who helped with the coding and technical work to create the extension.

It solved the problem and unexpectedly, word got out across the world. As of Monday, the grid view extension has been downloaded 425,000 times in 161 countries.

"At some point that link got blasted out and I had an inbox full of support requests and thank you's," Meyers said.

Now, Meyers is in touch with the team at Google Meet.

"They're actually planning on implementing this feature into the core product," Meyers said.

It's keeping teachers and students connected, not just here, but all across the world.

"To continue to operate as a school under these conditions," Head of School, Joe Kreutziger said.

The chrome extension is free and can be downloaded HERE.