Preaching for the first time in weeks, a New Orleans pastor recovered from COVID-19 in time fo preach on Easter Sunday. 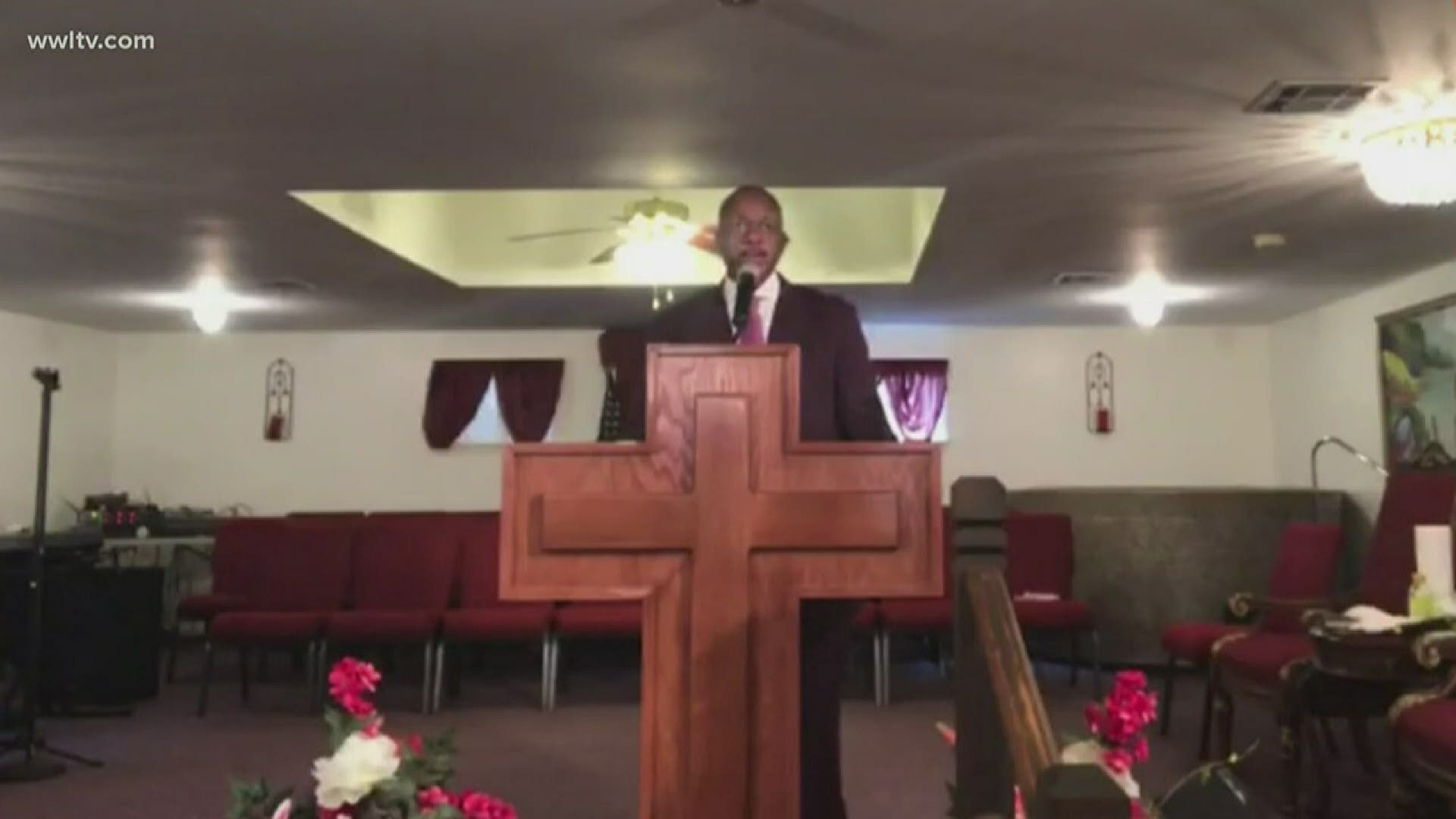 NEW ORLEANS — After a tough battle with COVID-19, a New Orleans pastor preached for the first time in several weeks on Easter Sunday.

This Easter Sunday service was a little different than past years for Pastor Joshua Palmer of the Greater Little Rock Baptist Church in New Orleans East.

It's not different just because he preached to a nearly empty building as his congregation watched over live-stream; it's different because this Sunday was the first time he's preached in three weeks.

"I want to give people encouragement during this season of this pandemic," Palmer said Sunday afternoon.

Palmer said he's still recovering from a tough battle with COVID-19. He said he thought he had the virus three weeks ago when he had a 104-degree fever, followed by coughing and trouble breathing.

"My breathing was not getting better," he said. "I'd walk from the living room to the bathroom and couldn't breathe."

He said he tested positive and was admitted to University Medical Center New Orleans, where he stayed for two weeks. He was put in an intensive care unit, where a machine helped him breathe.

"One of the reasons it was so bad on me is because I have asthma," Palmer said.

He had been careful and wanted others to realize how contagious this virus can be.

"I actually believe I contracted the virus at a grocery store because it was really the only place I went before I started feeling all the symptoms," Palmer said.

Palmer said he went home Wednesday, finally able to see his wife after two weeks. He said doctors tested him again to make sure he was no longer contagious. He was still recovering, but as a pastor, he knew this Sunday he wanted to preach.

"I was very adamant about going to the church to preach today," he laughed. "Even after everybody told me not too."

He said wanted to share the Easter message and hope.

"It's good for people to get hope during this time because a lot of people are scared," Palmer said.