The mayor said the exact details of the plan would be announced at a press conference on Tuesday afternoon. 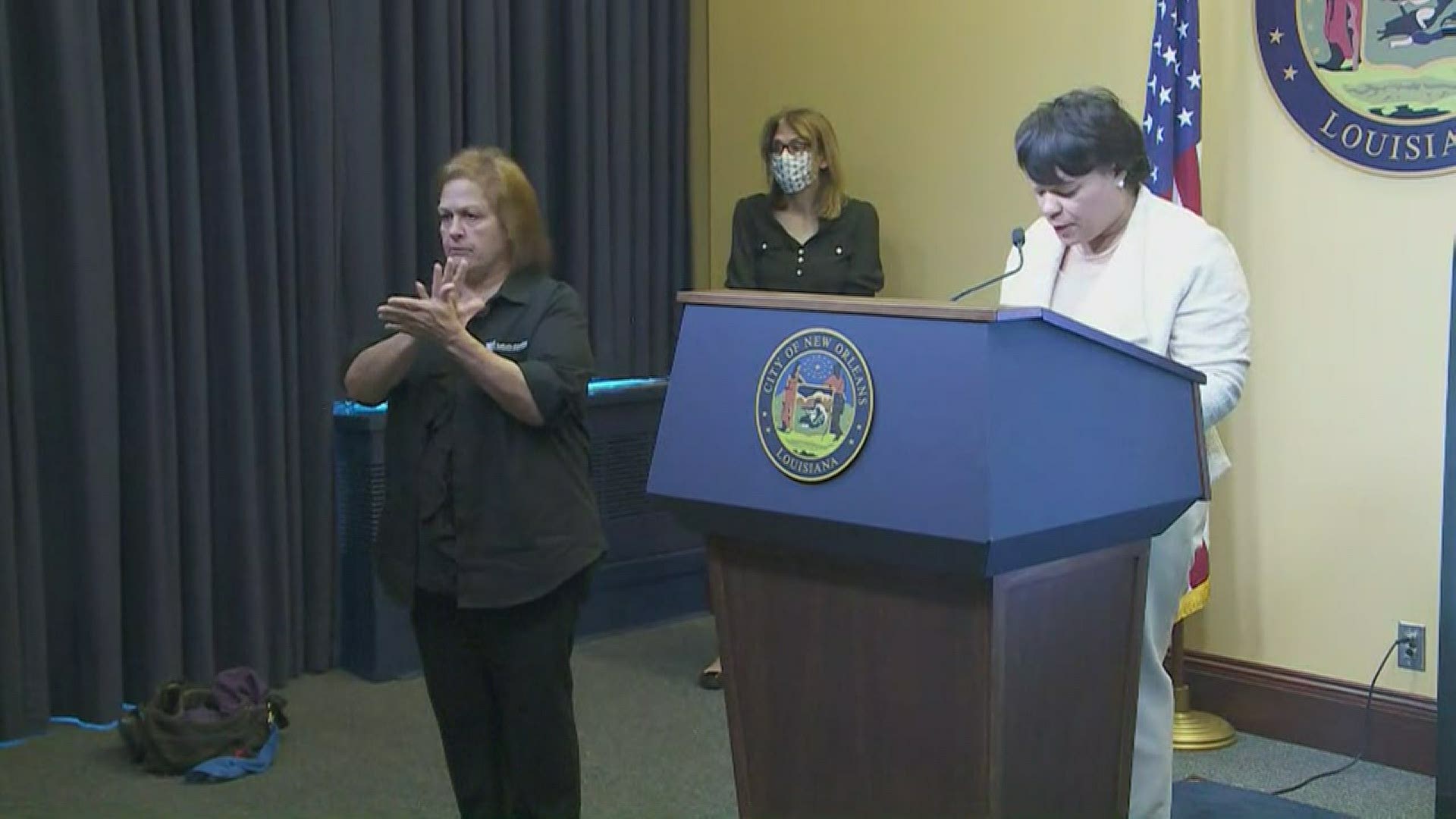 She and Dr. Jennifer Avegno, the city's chief medical officer,outlined how the city is doing versus the goals they set to begin reopening the city.

Cantrell said that the exact plan of the reopening would be given Tuesday afternoon.

"We will unveil a comprehensive set of guidelines for the city regarding the phased reopening that will commence May 16," she said.

Though major details weren't given, Dr. Avegno did talk about some businesses being allowed to reopen at 25 percent capacity but still not allowing 'super-spreader' events such as weddings and funerals, where large groups of people would be attending in a small space.

She listed super-spreader type events as:

Avegno also emphasized that the elderly and those at risk of adverse consequences for COVID-19, should remain home.

Cantrell emphasized that the governor's plan will be a 'floor' for the city and that the city's guidelines would likely be more restrictive.

Cantrell has said often that the data and not a date would determine the pace at which the city reopens.

The city and the state have been one of the outbreak hot spots in the United States, logging a larger than expected number of cases, but the trend recently has been going in the right direction.

Cantrell also said that the city wouldn't hesitate to 'turn back' some of the less restrictive guidelines if COVID-19 made another return.