New Orleans restaurants and bars are entering uncharted waters: Here’s how they plan on staying afloat

While every business is different, they’re all in uncharted territory, trying to stay in business during a global pandemic while keeping customers and staff safe 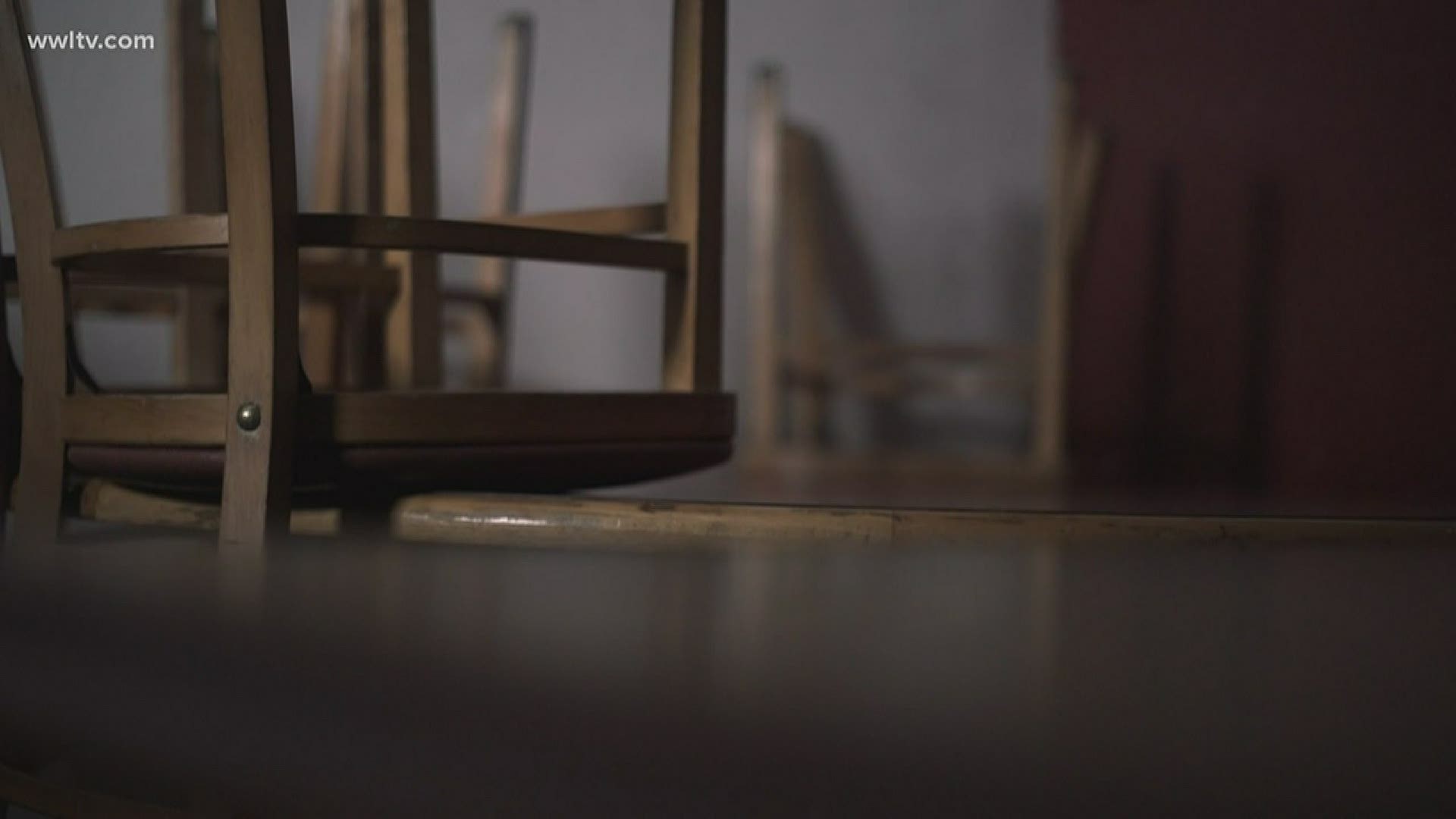 NEW ORLEANS — New Orleans restaurants can break a nearly two-month hiatus by opening the doors to customers - albeit at 25 percent capacity - starting Saturday.

Here's how 4 different places plan on handling Phase 1 of reopening in the city.

Mike Friedman hasn’t sold a pizza in a month, but he’s been working harder than ever.

“I’ve been working a lot for having a closed restaurant,” he said.

Friedman is the co-owner of Bywater pizza joint Pizza Delicious and one of the dozens of New Orleans restaurant owners adapting after the coronavirus shut down businesses across the country.

While every business is different, they’re all in uncharted territory right now, trying to figure out how to stay in business in the middle of a global pandemic while keeping their staff and customers safe.

“We’ve just been trying to understand what the right thing to do is throughout this whole experience and we keep thinking about that every day,” Friedman said.

Louisiana’s state-wide stay at home order expired Friday, May 15, and the City of New Orleans began allowing restaurants to reopen at 25% capacity the next day. But just because they can, doesn’t mean every restaurant will.

At Pizza Delicious, the plan is to reopen on May 21 for takeout only, using their dining room space to allow employees to keep a safe distance from each other while working. Everyone will wear masks, sanitize often and have their temperature checked before they come in.

For the first time, there won’t be walk-up service at Pizza Delicious. Orders will be taken and paid for online to minimize contact and the restaurant will only be open for five hours a day, as opposed to the usual 12.

Across the city, at Uptown’s Cooter Brown’s, they’re eager to get the dining room open, even at just one-fourth of occupancy.

The popular tavern and oyster bar reopened last week for takeout, selling food and what little alcohol they’re allowed under the state’s ordinance, but it wasn’t enough to sustain them long-term.

“It's been going okay, at least keeping us busy, but definitely not anything to write home about,” Gonzo Bereciartua Said.

Bereciartua is a manager at Cooter Brown’s. He said they expect to hit their new 25% capacity when they reopen this weekend and they have a plan to keep their customers and staff safe, while following the city’s guidelines.

“We’ll have somebody at the front door taking names and numbers … keeping count on how many people are inside at one time,” he said. “Once we hit that capacity, which we expect will be pretty quickly, we can’t let anybody in.”

Customers will all be seated at tables, with plenty of space in between. It's a new look for the usually packed bar. As people leave, staff will clean up their tables and chairs, doing everything they can to make sure the next customer isn’t exposed to any possible traces of the coronavirus.

Those plans could change though. Just like operating under the stay at home order, phase one of reopening Louisiana is uncharted territory for bars and restaurants. They’ll have to adapt on the fly.

“It’s all kind of up in the air,” Bereciartua said. “We definitely plan on making multiple changes, probably daily as this goes on.”

And as Cooter Brown’s opens their doors, other restaurants and bars will be paying attention as they plan their own reopening.

Cole Newton owns Mid-City’s Twelve Mile Limit and recently opened The Domino on St. Claude Avenue. While he has plans to reopen them both under phase one, he’s waiting to see what happens in the first week before opening their doors.

“By the time next weekend rolls around, it could be a completely different landscape,” Cole said.

Right now, they’re doing takeout food and drinks “by appointment.” Customers schedule their orders the day before, then pick up the following day.

Newton secured temporary restaurant certificates for both bars, allowing them to open under phase one while operating mainly as restaurants. His current plan is to lean into takeout, advertising drinks to-go and food from Que Pasta, the Cuban-Honduran fusion restaurant operating in Twelve Mile Limit’s kitchen.

“While we can allow people to enjoy their food and beverages on-premise, we won’t be encouraging them in our outward marketing,” Newton said. “You can come get a quarter of cocktails to go and some food to go. And also, if you want, hang out on the patio and you can drink those.”

It’s a stark contrast to the business model that established Twelve Mile Limit in Mid-City. While they’re known for affordable craft cocktails, Newton said the real product is creating a community space where people can feel comfortable and socialize. Something that’s not possible yet.

“That is the paradigm, right? But this is what we’re talking about, how to limit human interaction,” he said. “It seems so counterintuitive to the very nature of the businesses.”

Arnaud’s in the French Quarter is taking a different approach. Right now, they won’t be reopening at the start of phase one. The owners say the reopening could be delayed until phase two, when occupancy is expected to be increased in June.

“It makes a little more sense for our operation,” Katy Casbarian, one of the restaurant's co-owners, said. “We're in our hundred and second year of operation and I know that the walls and the dining rooms have seen a lot and I don't quite know that they've seen anything like this.”

Like everyone else, the French Quarter fine-dining institution is anxious to reopen.

“It’s a big challenge,” she said. “We still have expenses and there’s a lot of uncertainty still when we reopen and even into the end of this year and next year. It’s a scary process to navigate with not a lot of information coming to us.”

The biggest question now is, will customers return? We'll find out this weekend.