The study was done nationally, but Tulane Primate Research Center played a big part in the findings 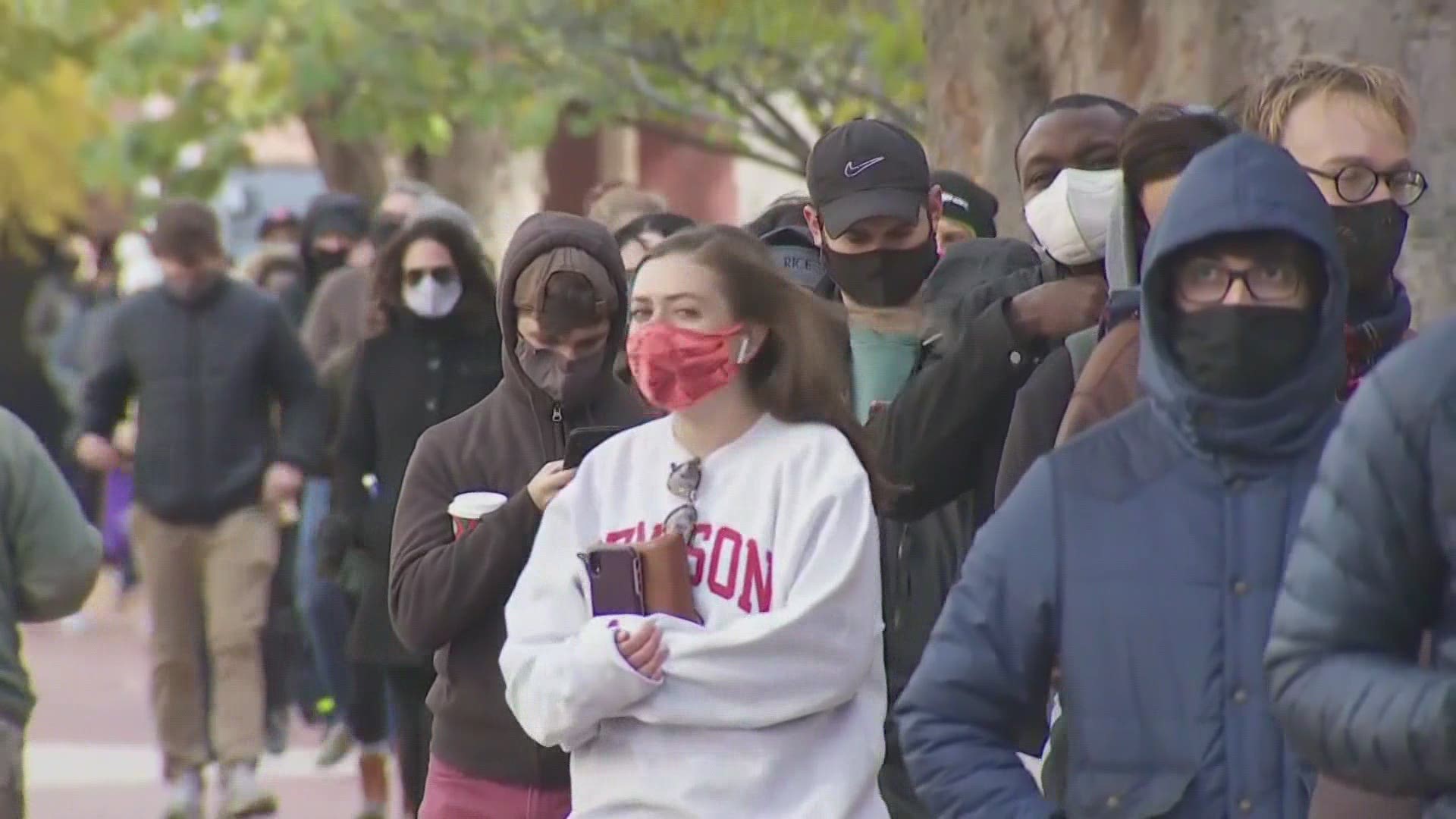 NEW ORLEANS — Speaking, coughing, sneezing, even breathing near someone, can easily spread COVID-19. Now a new study from Tulane's National Primate Center reveals why that is.

"In normal breathing, we all breathe out exhaled particles," Professor Chad Roy said. "You can't see them, but they're there. They're very small and many times when you're sick, those exhaled breath particles carry viruses, like COVID."

Roy co-authored the study, which looked at two species of primates sick with COVID-19. They specifically focused on the breath the animals exhaled and how the virus affects it.

"It's not the most joyous message to give in the middle of a pandemic," Roy said. "But that's what we found, when the animals were essentially the sickest, they had the highest amount of virus in their nose."

That was about one week after infection. Researchers also found that was when exhaling contained the highest concentration of particles.

"And the size of those particles were much, much smaller which gave them a greater potency to be inhaled," he said.

That makes it easier for transmission, because smaller particles float in the air longer, and travel further. And if you've inhaled it, those infected particles can go deeper in your lungs.

"I think this re-enforces some of the public health measures right now that everyone is trying so hard to impress on people to wear your mask, that really does matter," he said.

Harvard, MIT, and Massachusetts General Hospital, also had a hand in the study. They specifically focused on the breath health adults exhaled. They found older people, with a higher body max index, had three times the number of respiratory droplets than other groups. Meaning, it's possible they could be likelier to spread COVID-19 and other viruses to others.