The NBA team announced that its owner and executive chairman of Madison Square Garden Company has tested positive. 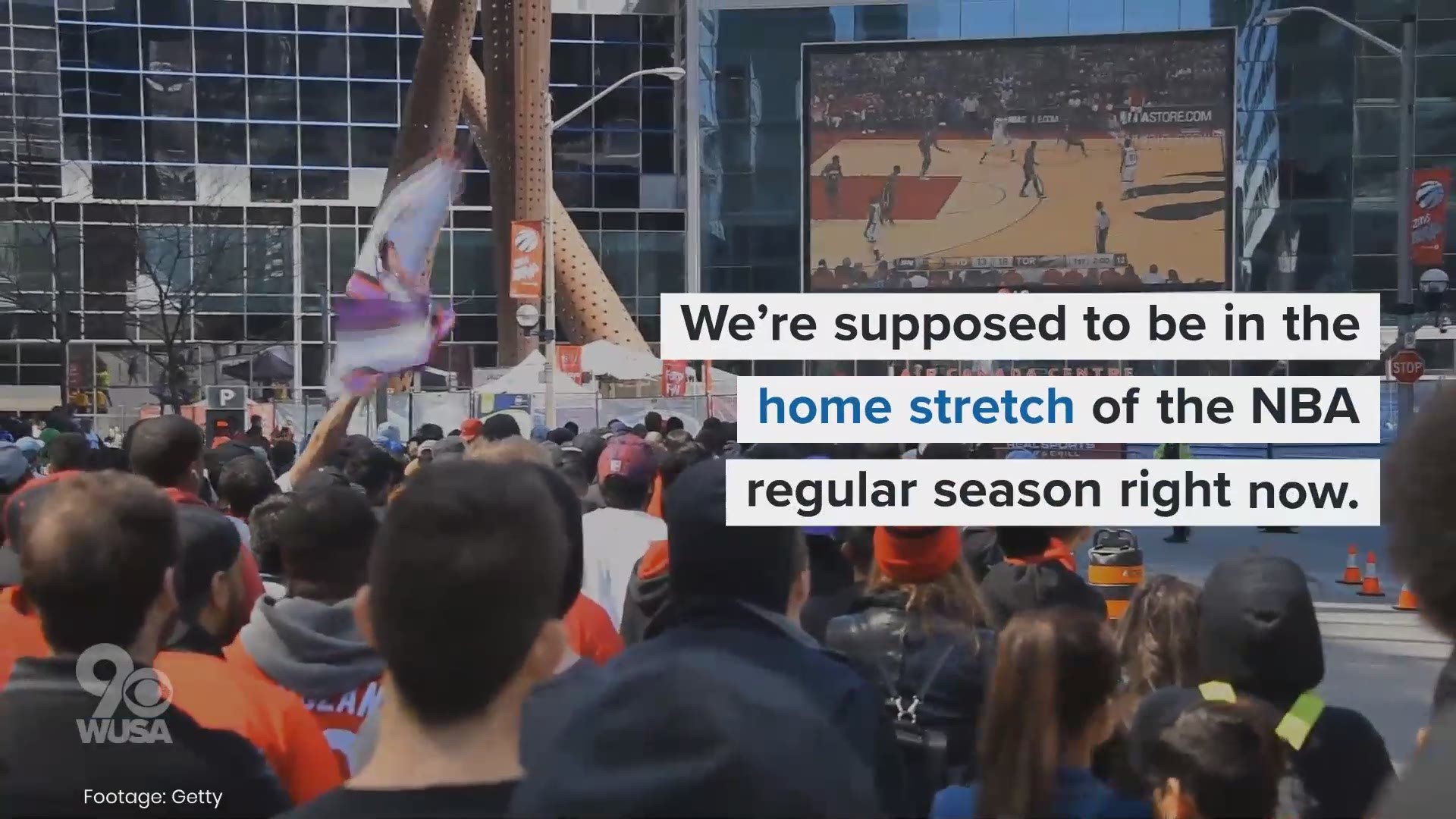 NEW YORK — James Dolan, the executive chairman of Madison Square Garden Company and owner of the New York Knicks, has tested positive for the coronavirus.

The Knicks announced Dolan’s diagnosis Saturday night. It is not clear when he was tested or when he received the diagnosis.

Dolan is the first U.S. major pro sports owner known to have tested positive for the virus. He also owns the NHL's New York Rangers, along with other venues like Radio City Music Hall, The Hulu Theatre and The Chicago Theatre.

“The Madison Square Garden Company Executive Chairman and Chief Executive Officer Jim Dolan has tested positive for coronavirus,” the Knicks' statement said. “He has been in self-isolation and is experiencing little to no symptoms. He continues to oversee business operations.”

New York has been the hotspot for the pandemic in the U.S.

All 50 U.S. states have reported some cases of the virus that causes COVID-19, but New York has the most, with over 52,000 positive tests for the illness and more than 700 deaths. About 7,300 people were in New York hospitals Saturday, including about 1,800 in intensive care.

For most people, the new coronavirus causes mild or moderate symptoms, which can include fever and cough but also milder cases of pneumonia, sometimes requiring hospitalization. The risk of death is greater for older adults and people with other health problems.

Dolan is one of the most polarizing sports figures in New York. Earlier this month, Oscar-winning writer-director Spike Lee — one of the Knicks' best-known fans — criticized Dolan after getting into a disagreement with MSG personnel about which entrance to the arena he could use. Dolan has also publicly clashed in recent years with former Knicks forward Charles Oakley, and frustrated fans chanted “sell the team" at some games this season.

The NBA has been shut down since March 11, the night that Utah center Rudy Gobert became the first player in the league to have a positive diagnosis for the virus revealed. The Knicks played host to Utah — which later had Gobert and Donovan Mitchell test positive — on March 4 and played host to Detroit on March 8. Pistons center Christian Wood also later tested positive for the virus.

Gobert, Mitchell and Wood have all since recovered.

The 64-year-old Dolan also serves as executive chairman of MSG Networks, and has been chairman of the Garden and owner of the Knicks since 1999.

RELATED: Spike Lee says he's done with the Knicks for the rest of the season after tiff at employee entrance

Credit: AP
FILE - In this March 6, 2020, file photo, New York Knicks owner James Dolan, center, watches the first half of an NBA basketball game between the Knicks and the Oklahoma City Thunder at Madison Square Garden in New York. Dolan, the executive chairman of Madison Square Garden Company and owner of the Knicks, has tested positive for the coronavirus. The Knicks announced Dolan’s diagnosis Saturday night, March 28. It is not clear when he was tested or when he received the diagnosis. (AP Photo/Mary Altaffer, File)