In the video, the Department of Safety and Permits tells a manager on duty that they must close. 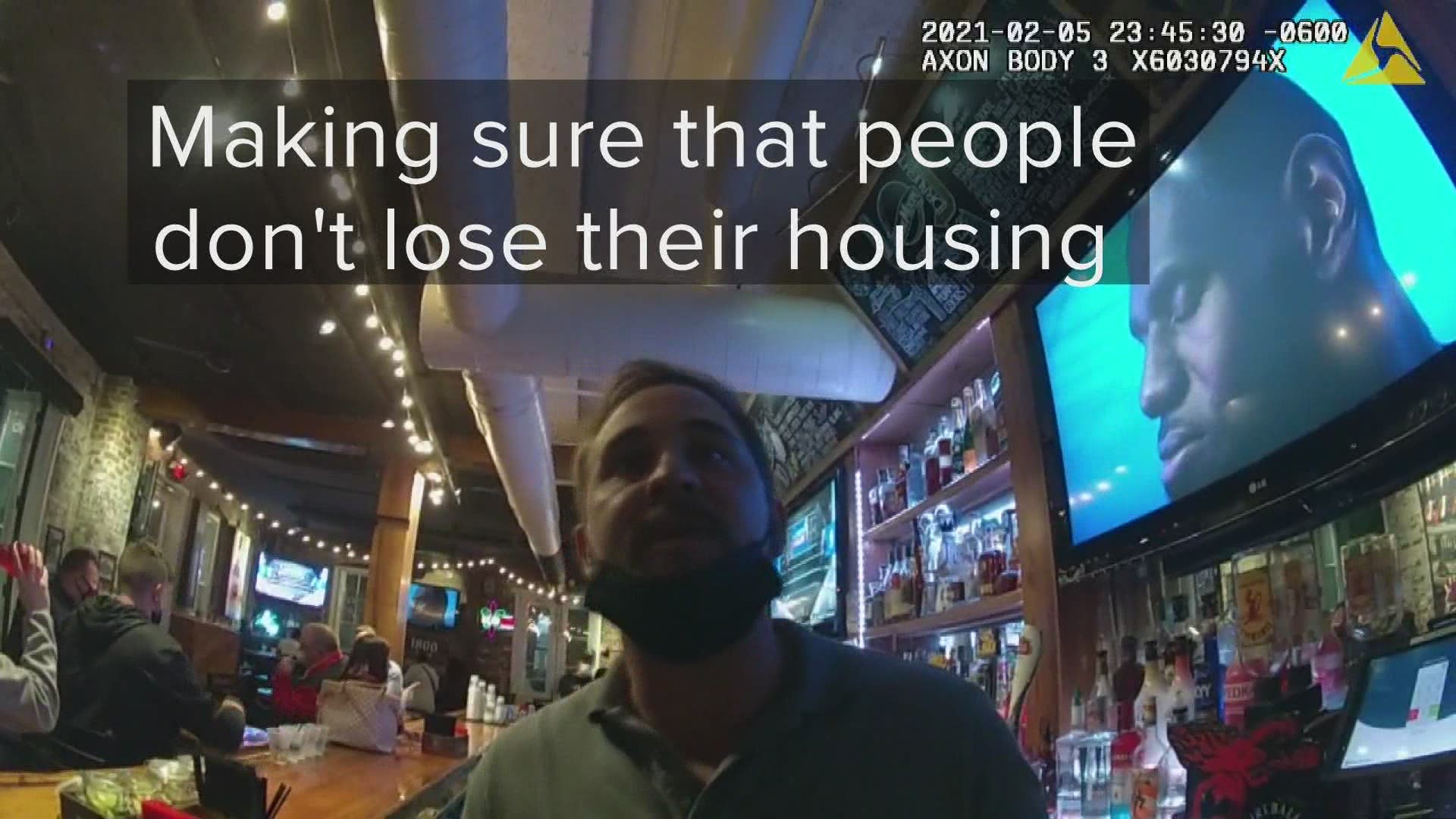 NEW ORLEANS — Around midnight, NOPD officers and code enforcement arrived at Red Eye Grill on St. Peters Street. The front doors were shut tight and locked with padlocks, but music can be heard from the outside.

Officers get in through a side door, and when they walk in, see a packed bar of unmasked young people.

The officer asks staff to turn off the video, and the crowd begins to boo.

“I’ve got employees that have to eat, and I’ve got rent I’ve got to pay,” someone in management tells an officer.

Red Eye’s management didn’t want to comment, telling Eyewitness News that they’ve had their hearing and have moved on. But they did add they won’t be reopening until it’s safe and profitable to do so.

It was a similar story February 5th at TJ Quills, which was serving customers indoors.

In the video, the Department of Safety and Permits tells a manager on duty that they must close.

“So, we’re going to have to shut you down temporarily,” you can hear them say in the video..

Police shut down The District Lounge on Tchoupitoulas for serving drinks after 11 p.m.

A manager is seen telling officers in the video, “We’re closing it down right now.” And afterward, explaining to officers why the bar is open past the allowed hours.

“People have to have a job. Just making sure that people don’t lose their houses, have food for their kids,” he says.

Police also shut down Cadi Corner in Hollygrove that night, and the doors appear to be locked in bodycam video.

“Why are they trying to pretend like they’re not open?” someone asks in the video.

RELATED: VAX Facts: Rising questions on the after-effects of the COVID vaccine

RELATED: Here's how to sign up for Wednesday's mass vaccination event in Jefferson Parish