Governor Edwards said Louisiana residents shouldn't be looking for any changes anytime soon, based on the current numbers. 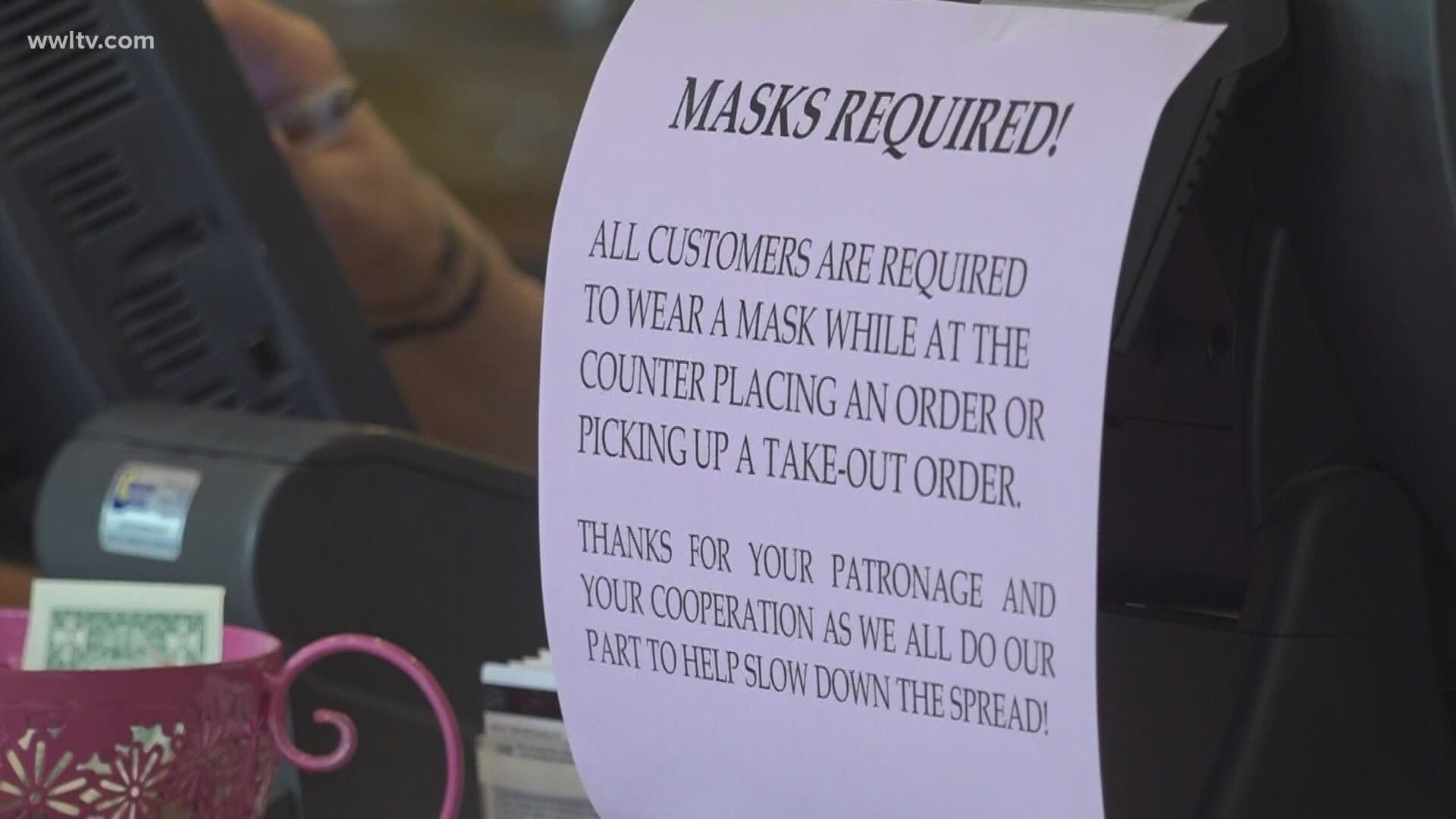 BATON ROUGE, La. — Governor John Bel Edwards’ order that keeps Louisiana in Phase 2, mandates mask wearing and has all bars closed for in-person consumption expires on Friday, August 7, but anyone looking for the state to move forward in to Phase 3 with fewer restrictions had better think again.

Louisiana is near its high in hospitalizations as cases have risen since early July with those hospitalizations reaching a level they hadn’t since late April. Cases seem to have plateaued recently, albeit at a high number.

Governor Edwards said this past week that he will meet with the Louisiana Department of Health to gauge where the state is and likely make a public announcement Tuesday, August 4, but it will likely be more of the same.

“The people of Louisiana ought not expect that we’re going to be making major changes every two weeks… it doesn’t appear likely based on the current data.”

Recent case numbers suggest we may see a plateau in new cases.

“It’s encouraging but in the state, case numbers are still quite high,” Dr. Frank Lopez, Infectious Disease Specialist with LSU Health said. “I think we would all feel a lot better if we could start seeing consistent downward decline in the number of cases and percentage positive tests that are being reported.”

Edwards said people have been asking about the mask mandate that he added while the state has been in Phase 2. He said that wearing masks is something that isn’t likely to change anytime soon.

“The mask mandate is just part of the new normal,” he said. “I think people need to plan to continue with that.”

Even with some encouraging reports, loosening restrictions seems unlikely.

“I would imagine based just on the fact that we’re seeing a plateau and not a decrease in the percent of positive testing or new cases, I expect we will continue in this phase,” Dr. Lopez said.

While the state struggles to get past the limits in stores and restaurants and mask requirements, schools are slated to start soon, most with some in-person learning.

Orleans Parish schools will begin the year completely remote until at least Labor Day. Meanwhile St. Tammany schools plan to not open at all – remote or in-person – until after Labor Day.

Jefferson Parish schools are in a squabble with the teacher’s union as they are slated to start with on-campus learning in less than two weeks, though a high percentage of families have apparently opted for the ‘distance learning’ option that is being offered.