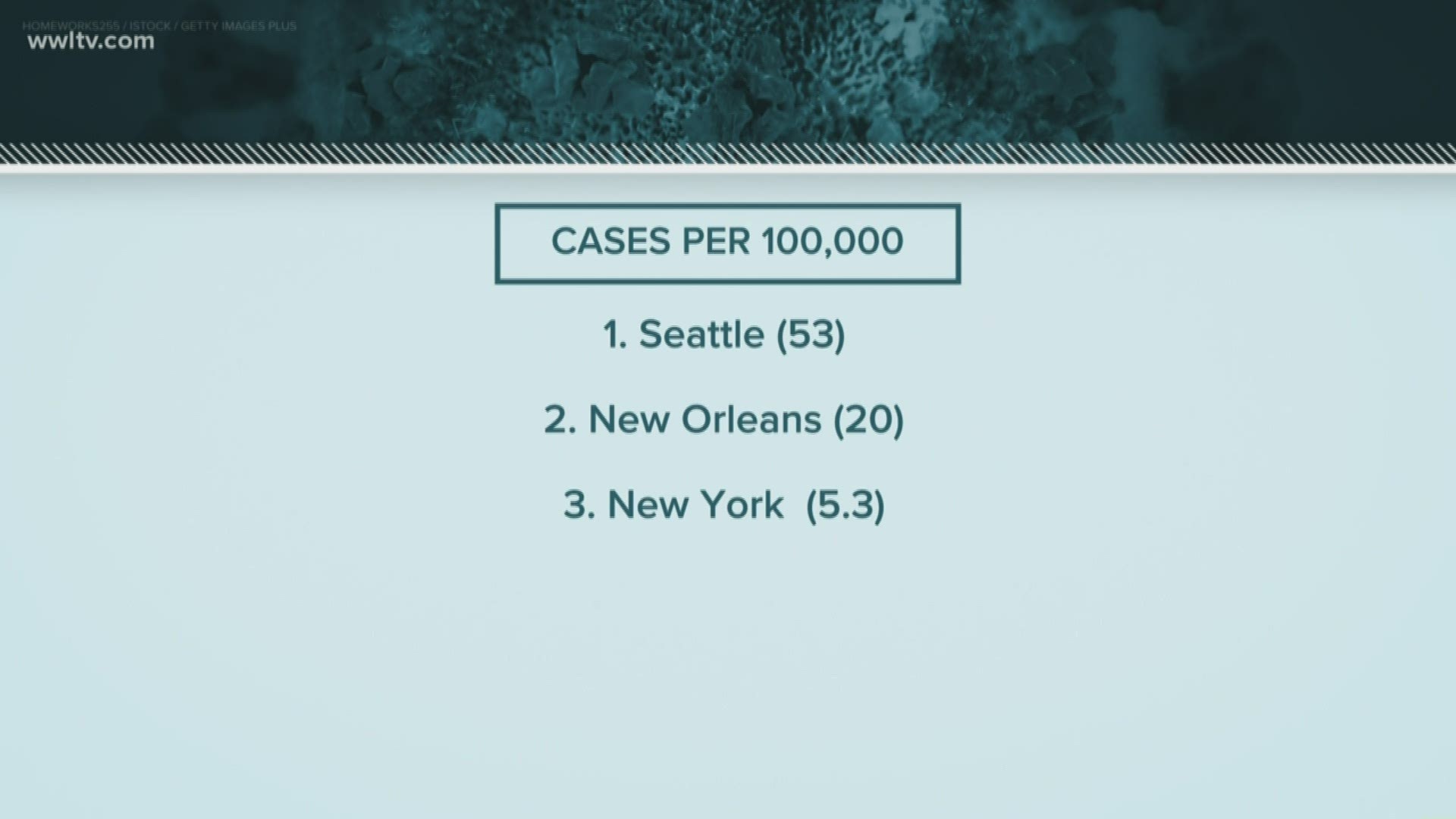 NEW ORLEANS — The statistics are as fluid and fast-changing as they are alarming, but as of Monday afternoon, Louisiana and New Orleans rank as national hotspots for the Covid-19 pandemic.

Numbers calculated by WWL-TV from state and municipal health departments, combined with latest census numbers, place Louisiana and New Orleans squarely in the top five locations for the growing crisis. With the federal government recommending against any gatherings of more than 10 people, the state and city numbers seem to support that drastic suggestion.

With the state’s count of positive cases updated to 136 as of Monday evening, Louisiana ranks third among states on a per capita basis, trailing only Washington and New York. New Orleans, which is rapidly becoming a front-line battleground for the outbreak, ranks second among big cities, trailing only Seattle.

The statistics show that Seattle has about 53 cases per 100,000 people, while New Orleans has nearly 20 cases per 100,000. The third largest number of positive tests per capita drops down to 5.3 in New York, according to Monday’s statistics.

Experts warn that the numbers are changing rapidly and, because rates of testing for the virus differ widely from state to state, the data is incomplete. Experts also warn that because testing appears to be far behind the actual number of cases, these numbers could shift dramatically over the coming days and weeks.

Despite the uncertainty and quickly changing landscape, the numbers appear to support the sweeping actions being taken by Gov. John Bel Edwards and Mayor LaToya Cantrell to shut down schools and public venues, while limiting groups of people to 50 or fewer.