Convalescent plasma therapy allows someone who has recovered from a COVID-19 infection to donate their plasma to someone critically ill. 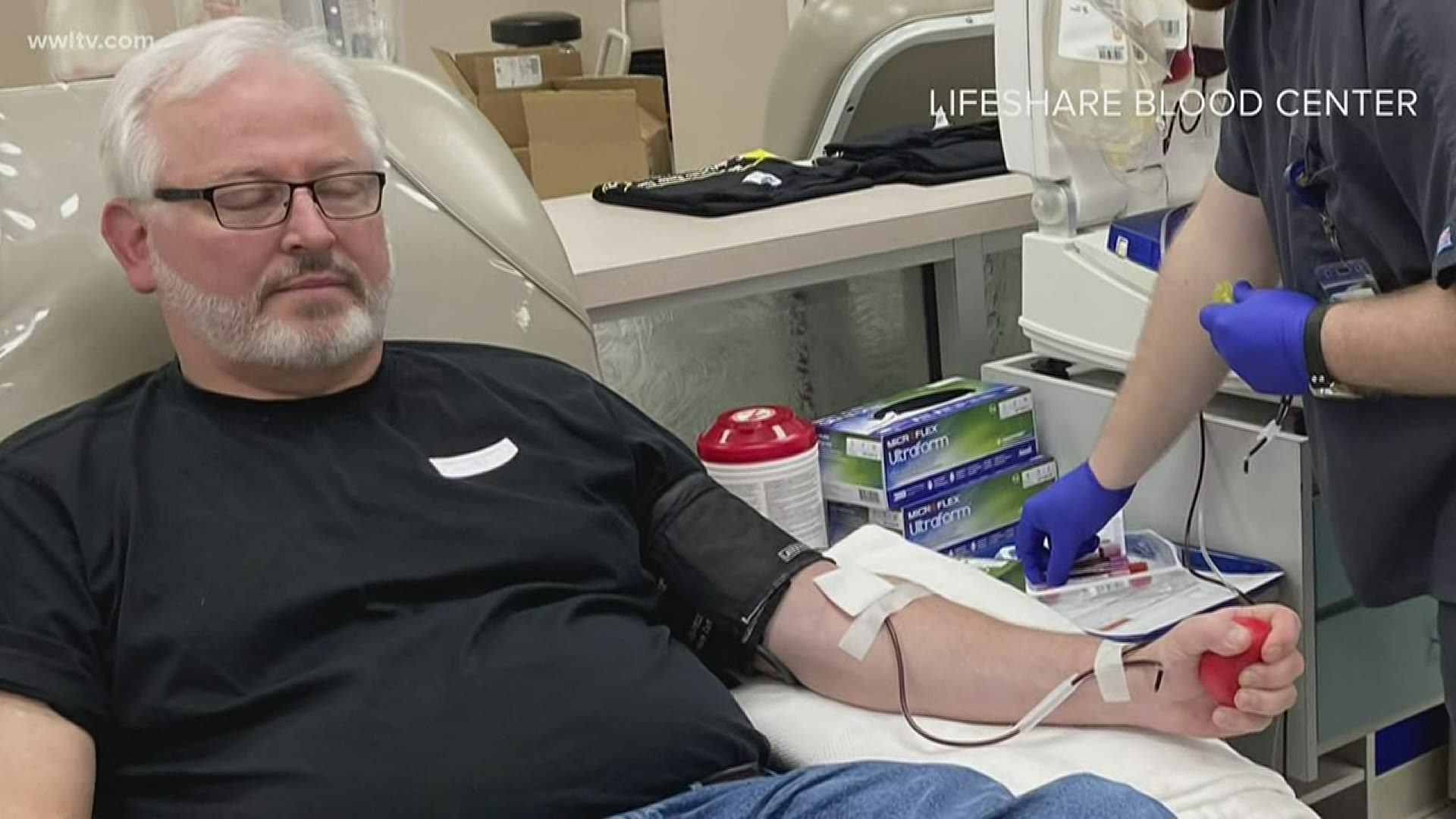 NEW ORLEANS — People who have recovered from COVID-19 could have a life-saving ingredient flowing in their blood. It may be the key to helping others who are fighting for their lives.

"It has been very very promising," said Dr. Tim Peterson, Medical Director with The Blood Center.

Convalescent plasma therapy allows someone who has recovered from a COVID-19 infection to donate their plasma for someone critically ill. It's similar to a regular blood donation, but takes slightly longer. It's believed their plasma may have antibodies to help the critical patient fight the virus.

Peterson said three patients in Louisiana are now being treated with convalescent plasma therapy, one in Shreveport and two at East Jefferson General Hospital in Metairie.

"The antibodies in the plasma, when given to a critical patient, could actually be infused, travel around the patient, and go in and take a beating to the virus and hopefully knock it out," Peterson said..

The first Louisiana patient received plasma from over a donor a week ago in Shreveport.

"They were extremely critical. It was an emergency collection and they infused the patient and the last word I had, the patient was stable and improving," Peterson said.

Two other critical patients at East Jefferson General Hospital received plasma from another donor this weekend. Both were on a ventilator when they received the donation.

"One patient is off the ventilator and doing much much better," Peterson said Monday. "The second patient is removed from the ventilator and now is just receiving nasal pronged oxygen. So both have significantly improved. Is it coincidental? Possibly. Possibly the patients could have improved on their own, but it's very very promising results in all three situations."

This treatment is not yet proven to be effective, but for now, the signs are positive and promising.

RELATED: 'In my blood, there may be answers': COVID-19 survivor among first to donate blood