Protest against evictions shuts down court

"The people that are being impacted the most are taking it upon themselves to stop evictions from happening," one protester said. 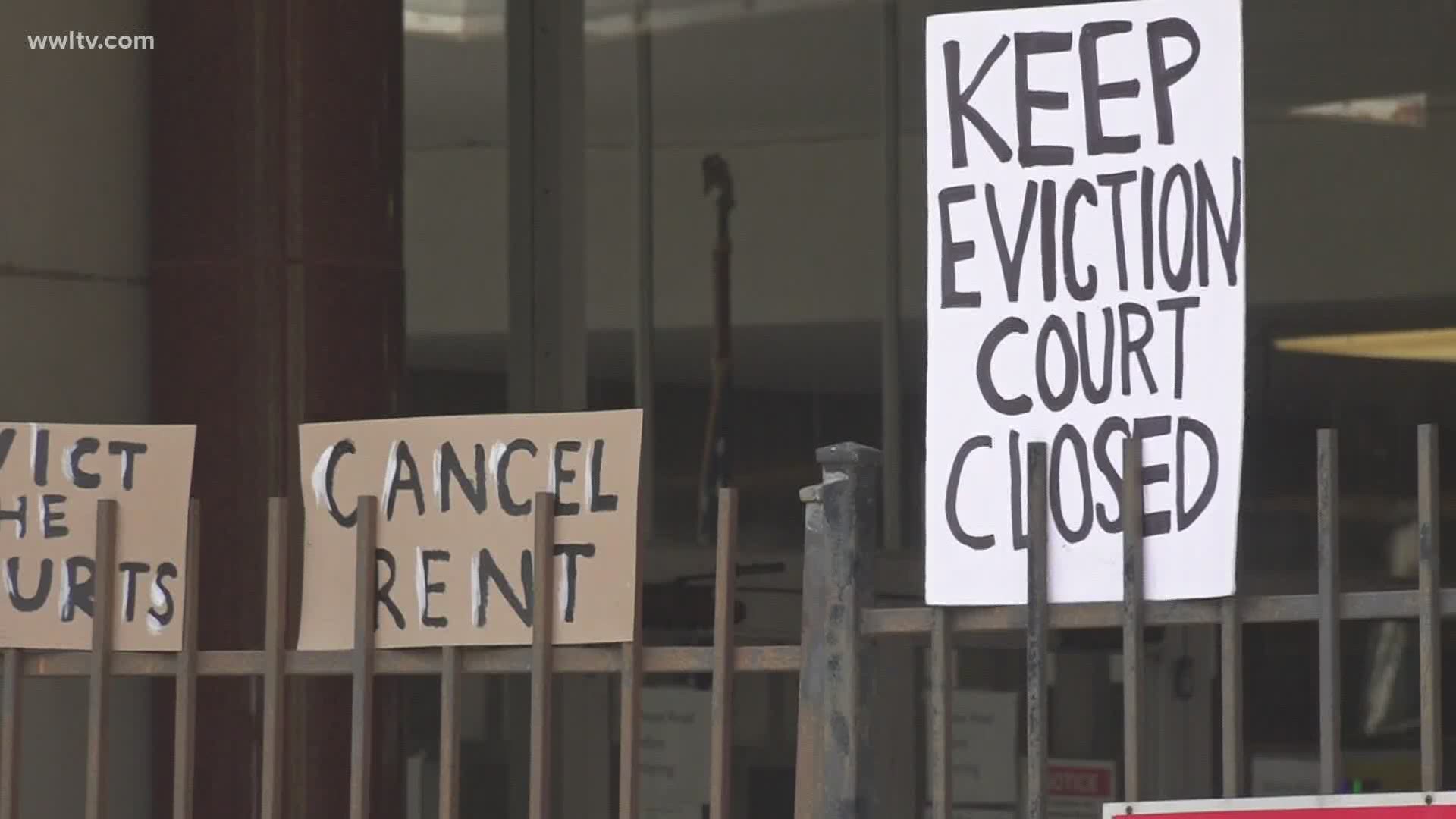 "The people that are being impacted the most are taking it upon themselves to stop evictions from happening," one protester said.

The New Orleans Renters Rights Assembly organized what they are calling the "Evict the Court" rally. They blocked entrances for five hours saying "court is closed" keeping almost everyone from entering court.

"We respectively just let them know you don't have to come in here today because the courts are closed," another protester said.

While the protesters took aim at stopping eviction proceedings, other business at the court was affected as well.

"Where are the police? These people are shutting down the court system. I'm just trying to get in there and do my job," one worker who works in the courthouse said as he was blocked from entering.

"We work for numerous attorneys that have nothing to do with these evictions, nothing," another worker said.

"The Judges follow the law first and foremost and receive guidance and direction from the Supreme Court and, in certain instances, Executive Orders from the Governor's office. Where the law allows for evictions to proceed, the Judges must follow the law. "

Regarding the rally, Pierce sent this statement:

"All of the Judges, attorneys, litigants, witnesses and visitors seeking entry to the courthouse were affected in one way or another by the activities outside of the courthouse - not just the parties to eviction proceedings. Judges are rescheduling cases where needed for that very reason".

Since the statewide moratorium banning evictions ended last month, 343 evictions have been filed in New Orleans. Those were already in the works before the pandemic.

Now, since the CARES Act expired Saturday, evictions for federally funded housing is once again allowed. Landlords have to give a 30 day notice, so even more evictions are expected in late August.