R-naught: What it means and why it's important

It's the difference between the slow spread of a virus and having it spread like wildfire. 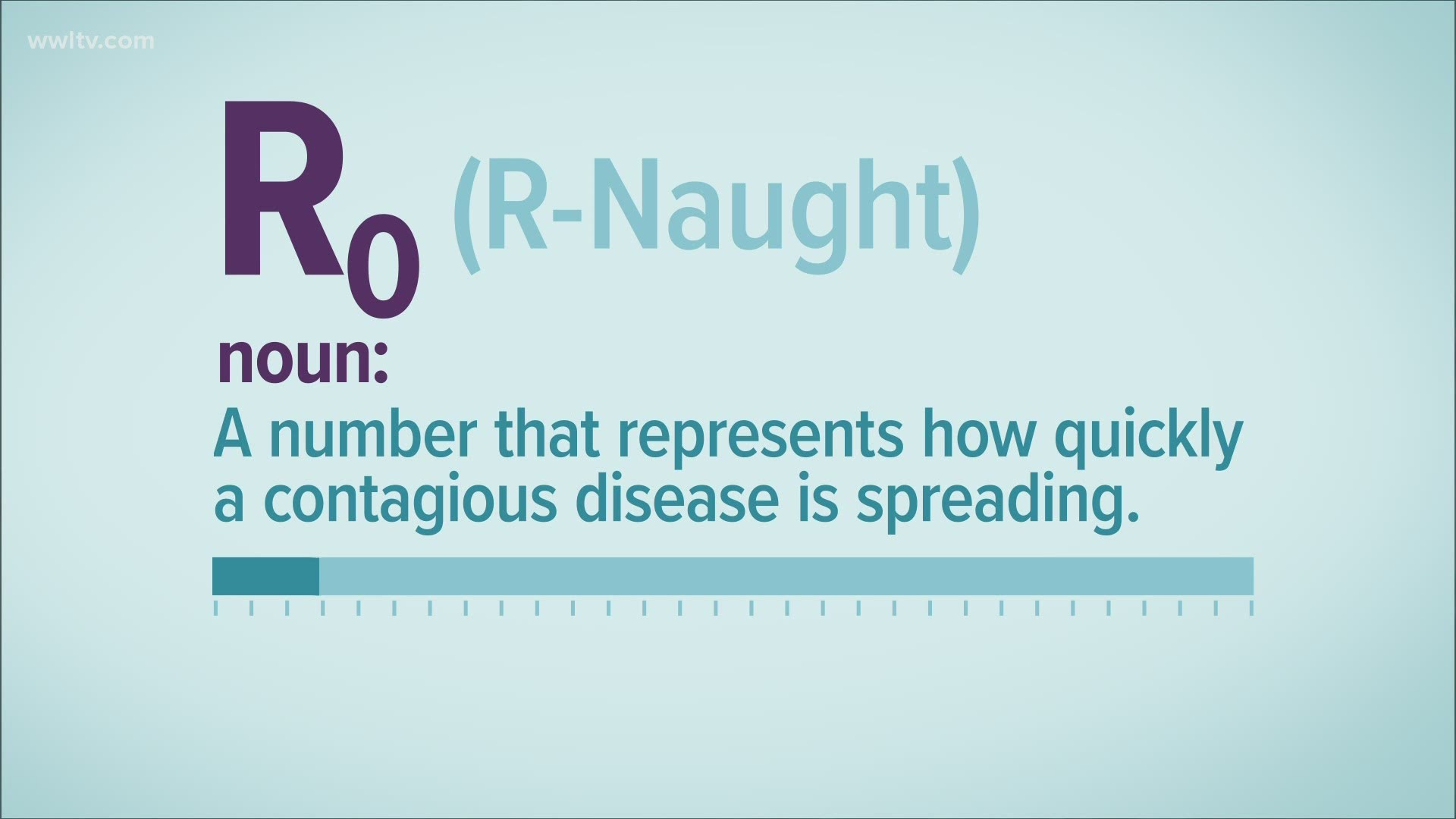 R-naught is a number that represents how quickly a contagious disease is spreading.

To understand it, all you have to think about is the number 1 - a single case of coronavirus.

If the R-naught is above one, that means every person with the illness is infecting more than one other person and that means the disease is exponentially increasing.

Let’s do the math

If the R-naught number is above 1, like 1.5, that means each sick person is infecting one and a half other people. So a group of 100 people will infect 150 people.

Then each of those 150 would infect 1 and a half others, so now 225 people are infected. That group infects another 33. That can add up quickly. At that rate, by the 10th generation of the disease, or a little less than two months’ time, the total number of newly infected people would rise from 100 to 5,766 people.

But let’s see what happens if that number is lower than 1, say 0.8.

Now each sick person would pass the disease along to fewer than 1 persons.

With the R-naught number being 0.8,

They would only infect 51 people. So, after about two months the number of newly infected people would fall from 100 to 11.

In a little over two months’ time, it’s all but vanished.

No one is saying the virus will disappear any time soon, if ever, but experts say wearing a mask, washing your hands and staying out of crowds can help the R-naught number, and the virus itself, get smaller and smaller.