The city says it’s ramping up its use of rat bait in commercial areas, starting with rat traps on the sidewalks and bait into the catch basins on Bourbon Street. 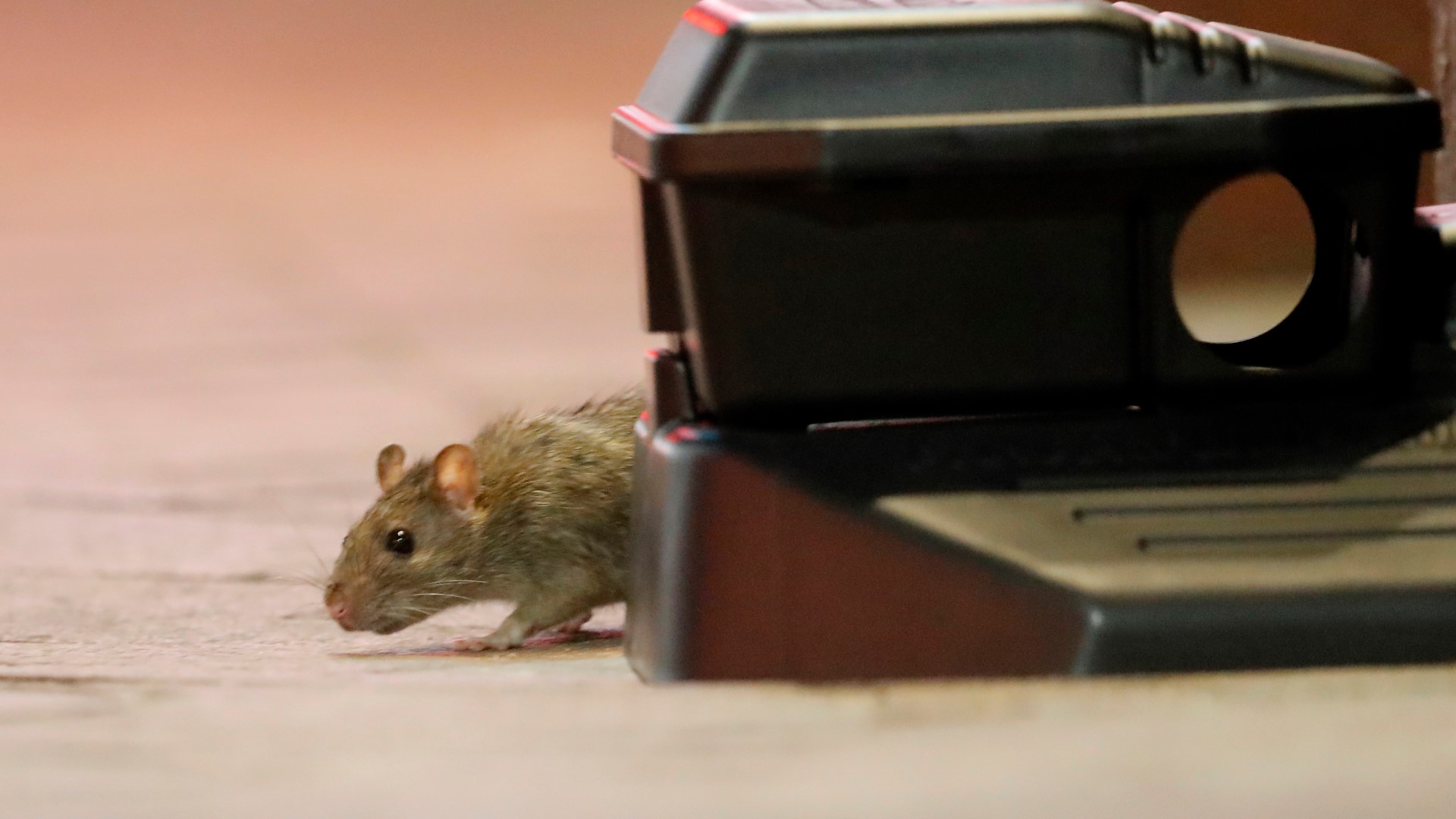 NEW ORLEANS — Not many sights on Bourbon Street would shock a French Quarter tour guide.

He was running a virtual tour on his website New Orleans Insider Tours when he stumbled on about a dozen rats.

He shot several videos, which went viral on social media.

It’s not that rodents aren’t a problem normally in the French Quarter, but they typically stay behind the restaurants and bars, eating discarded food and garbage in the shadows. Their cameo appearance in one French Quarter establishment was the subject of a famous – or infamous, some would say – standup comedy routine about New Orleans quirks by Hannibal Buress.

But their brazen foray into the middle of New Orleans’ signature street was no laughing matter.

RELATED: 54 New Orleans firefighters have had contact with coronavirus, NOFD short on manpower

RELATED: Trump says he intends to reopen country in weeks, not months

“It’s driving our rodents crazy,” Mayor LaToya Cantrell said Sunday, referring to the unintended consequences of restaurants that are either closed or send all their food orders out for delivery or pick-up.

Claudia Riegel, executive director of the New Orleans Mosquito, Termite and Rodent Control Board said the new search for food is sending the normally cloistered rats scurrying into the open.

“Unfortunately, with these businesses being shut down, these rats are hungry,” she said.

The city says it’s ramping up its use of rat bait in commercial areas, starting by placing rat traps on the sidewalks and bait into the catch basins on Bourbon Street and spreading out to the Central Business District and down Magazine Street.

“It’s (normally) maybe about once a quarter,” Riegel said of the traps and bait. “So now our plan is to come through on a weekly basis.”

She said the rats could carry disease.

“There are pathogens in these rodents,” Riegel said. “Fortunately, we … don’t have many disease cases that are related to rodents. But the potential is there.”

The fight now is to keep the rats out of neighborhoods, and Riegel said residents need to do their part. She said it’s common to see residents place garbage bags straight on the curb without placing them in a garbage can, which is a code violation. She also said people throughout the city have been leaving pet food outside, another way to attract rodents away from commercial areas.

Riegel’s crews will also be busy monitoring an early start to mosquito season. With a warm winter and record high temperatures expected all week, mosquitos in some south Louisiana parishes have already tested positive for West Nile virus and other types of encephalitis. But Riegel said none have been found in New Orleans yet.

She emphasized that mosquitos are not known to transmit coronavirus.