Report: Commander's Palace, Arnaud's, others plan to lay off hundreds

The businesses are legally required to alert the LWC if they expect furloughed or laid-off workers won’t be rehired in at least six months.

Credit: ASSOCIATED PRESS
Commander's Palace restaurant gets ready to open in New Orleans on Thursday, Sept. 28, 2006. On the morning of Sunday Oct. 1, another slice of life is scheduled to slide back into place as New Orleans slowly regains its cultural balance in the wake of Hurricane Katrina. Commander's Palace, a mainstay of haute Creole cuisine and elegant dining, has been closed since Katrina's wind and rain tore off sections of its roof and swamped its interior. The award-winning restaurant plans to reopen after 13 months and a $6 million renovation for a jazz brunch. (AP Photo/Alex Brandon)
Author: WWL Staff
Published: 7:46 AM CDT August 13, 2020

The Times-Picayune | New Orleans Advocate reports that the list of companies include several high-profile restaurants and well-known hotels. The businesses are legally required to alert the LWC through Worker Adjustment and Retraining Notifications (WARN) if they expect furloughed or laid-off workers won’t be rehired in at least six months.

The Hilton Riverside, The Roosevelt Hotel, The Hyatt Regency, the Wyndham on St. Charles Avenue also said they plan to lay off hundreds of workers. 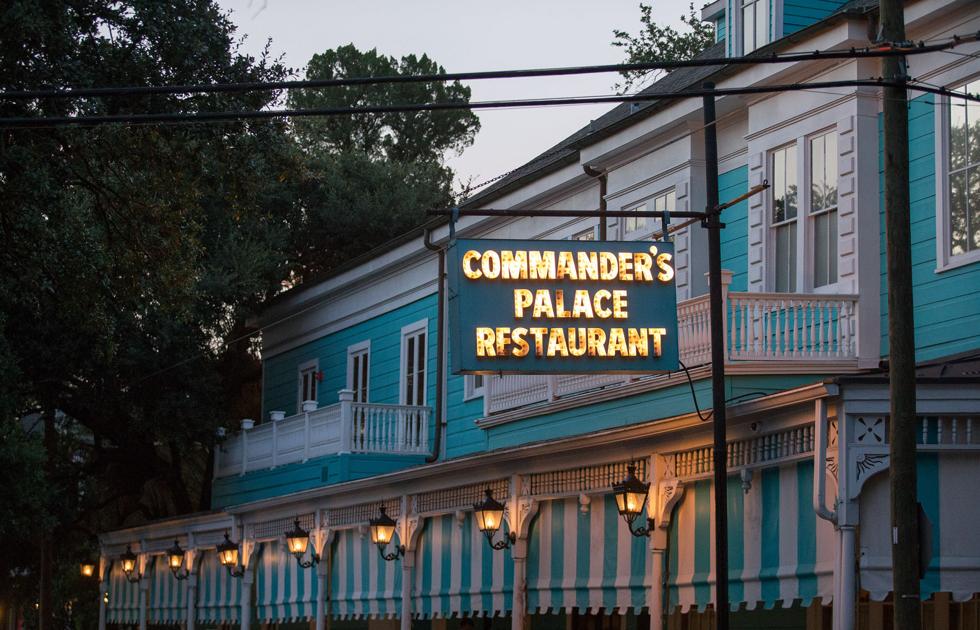 Commander's Palace, Arnaud's, Hilton Riverside, others to lay off nearly 1,500, records show
Seven well-known businesses in metro New Orleans have alerted the Louisiana Workforce Commission that they plan to lay off about 1,500 workers total in the coming months amid the coronavirus pandemic. The businesses relayed their workforce cuts through the state's Worker Adjustment and Retraining Notifications, or WARN notices.

Children's Hospital to begin COVID vaccinations for children under 5