Kermit Ruffins questions why Bourbon St. is crowded and Claiborne mostly shut down 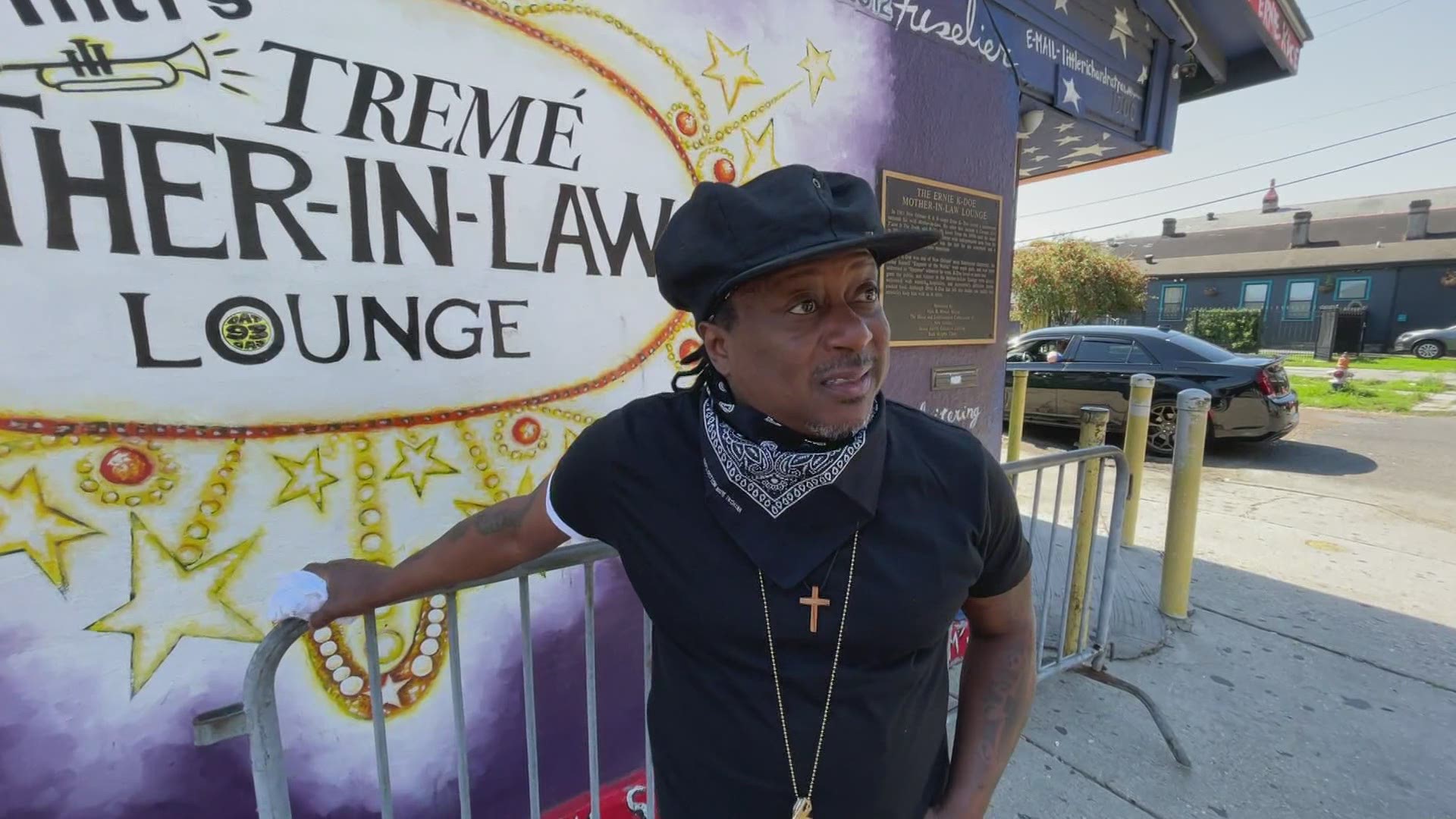 NEW ORLEANS — Judging from the crowd of people in Jackson Square around noon on Monday, visitors are flowing back into New Orleans after a year of coronavirus shutdowns.

New Orleans musician Kermit Ruffins shot a video of a busy Bourbon Street on Sunday night and posted it on his social media pages.

Ruffin’s is asking City leaders to justify why Bourbon Street is allowed to party on while he says the Claiborne Avenue corridor where he owns the Mother-in-law Lounge is still not allowed to host large gatherings.

He claims it’s a matter of money and race.

“We’ve shut down and issued cease and desist orders from Bourbon Street to Lakeview, from Lakeview to New Orleans East and to Algiers, so throughout the city, I don’t see how he can say this is a selective incident or selective enforcement,” Reid said.

The Mother-in-law Lounge remains closed after the city ordered a cease-and-desist order two weeks ago.

“I understand that we stayed open a little late,” Ruffins said. “I think that everyone just was ready to get outside, and it got real crowded outside and we may have had a few more people in the bar than we were supposed to.”

Before the pandemic, North Claiborne attracted crowds of people on Sunday under the bridge in front of the Mother-in-law Lounge.

Ruffins wants to the city to allow the traditional “Sunday Fun Day” to return.

“At least, let us have that day and give us some police protection and let the guys come out and make their money doing their barbeque,” Ruffins said. “Just people having a good time after the second lines which has been our culture since Congo Square to celebrate on Sundays.”

Reid says the city is not there yet.

“You look under the bridge, you’re talking about traffic mitigation, inaccessibility to emergency vehicles, we’ve had issues before with vehicles getting out of control, hitting individuals,” Reid said.

Kermit Ruffins admits Mayor LaToya Cantrell and the city have done a good job saving lives during the pandemic. But he says it’s time to loosen up the reins a bit, so he, and his fellow bar owners can start making money again.

Ruffins hopes his bar will get the okay to reopen later this week.

RELATED: Tremé struggles with loss of important people, cultural events due to COVID