‘I got nothing’ – Now without a paycheck, Ex-Saint struggles to get by 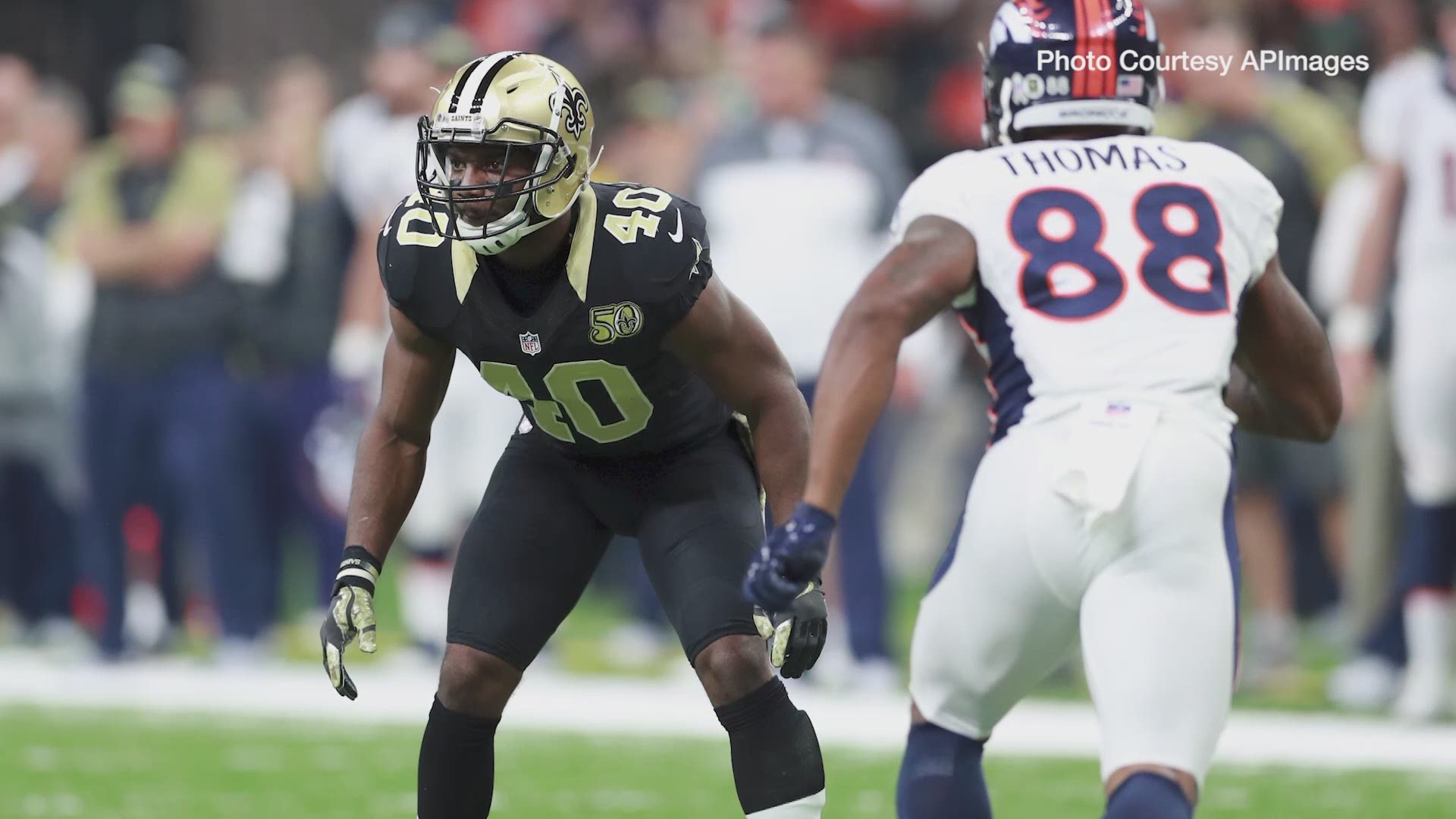 NEW ORLEANS — When he joined the Saints in 2015, Delvin Breaux quickly earned the respect of the league and fans with his play at cornerback.  He had some highlights.  Breaux now says he’s at a low point.

After suffering injuries and leaving the Saints, the New Orleans native had been playing in the Canadian Football League since 2018.  Then came the pandemic and shutdown of sports, and virtually every other sector.

Breaux says he last got paid in November 2019.

“I didn’t even get the stimulus check, I got nothing.  I’m actually surviving off hustle, asking people (for help),” he said. “I hate asking people, it’s embarrassing.”

Many of us watched Breaux here on Sundays. And because he’s a professional athlete, maybe we had a different image of him in our minds. But Breaux says you never really know what’s going in people’s lives.

On Twitter Monday, Breaux urged the Mayor of New Orleans to help people facing eviction, including himself.  Breaux says he has until the end of the month at his apartment in New Orleans.

“I have to find ways to make myself pay the rent and to make sure I have a roof over my head, not just for myself, but for my son here as well.  A couple of months ago, I was almost living in my car,” Breaux said.

On Monday afternoon, several community leaders and advocates announced the creation of “Families 4 Families,” a new rental assistance program.  The public/private partnership is now trying to raise $6 million by the end of year.

The goal is to prevent evictions for 4,000 families by providing some rental assistance. Advocates have identified about 20,000 households considered housing insecure during the pandemic.

RELATED: 'I'm not looking forward to this' | Many New Orleans renters brace for eviction as COVID-19 protections end

“The city has spent millions of dollars for rental assistance as well as homelessness prevention and stabilization, but it’s just not enough,” said Marjorianna Willman of the City of New Orleans’ office of community development. “The need is far outpacing the funds that are available.”

Breaux has overcome odds before, from going undrafted, to playing for his hometown team.

“I’m a big believer in God and I just ask him for guidance and to help me pay these bills every month,” Breaux said.

His latest challenge of avoiding eviction may not be glamorous, but it’s perhaps the most important so far.