Could the Smoothie King Center be an early voting location? 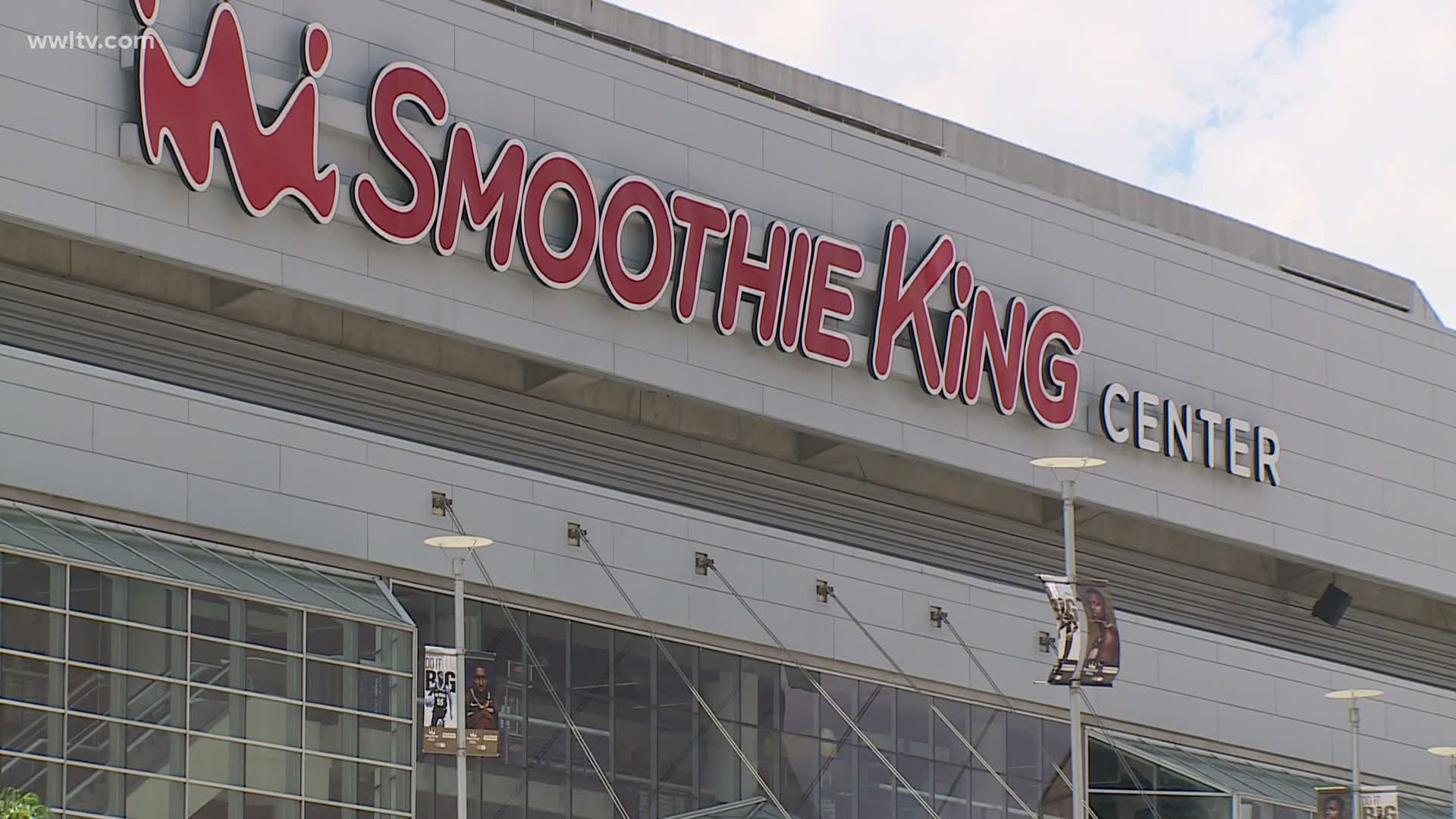 NEW ORLEANS — With the COVID pandemic still raging, there is now a push across the country to turn empty sports arenas into voting venues.

That could happen in New Orleans at least during early voting for the fall elections.

Instead of the Pelicans shooting buckets at the Smoothie King Center, voters could soon be casting ballots there.

They are eying the building as a possible early voting site.

Kyle France is the chairman of the Louisiana Stadium and Exposition District, the state board that manages the arena.

“We had the secretary of state’s office down to speak to us about the possibility of using the Smoothie King Center which has been an ongoing discussion with his office for the past two months,” France said.

France maintains the Smoothie King Center would allow for better physical distancing than the other, much smaller locations.

“Giving folks the opportunity to early vote in a safer, secure manner than maybe standing in line outside of City Hall or wrapped around the City Hall building,” France said. “I think this gives them obviously an air-conditioned facility, a safe facility, ample parking all those kinds of things.”

“We’re just trying to make it as easy and safe as possible,” Moreno said. “That’s really been the main intention and goal here.”

The Louisiana Secretary of State and Orleans Registrar of Voters offices are now working out the final details for using the Smoothie King Center.

For now, early voting for the president election runs from October 20 through October 27.

A federal judge is expected to soon rule on a lawsuit filed by voters rights advocates.

They are asking the judge to reinstate the emergency election plan used during the July-August primaries.

That plan expanded early voting by six days and extended mail-in balloting options for people at higher risk for the coronavirus.