We’ve had several cases where patients waited to come in and they’ll tell you they were worried, you know, they didn’t want to get exposed to the virus." 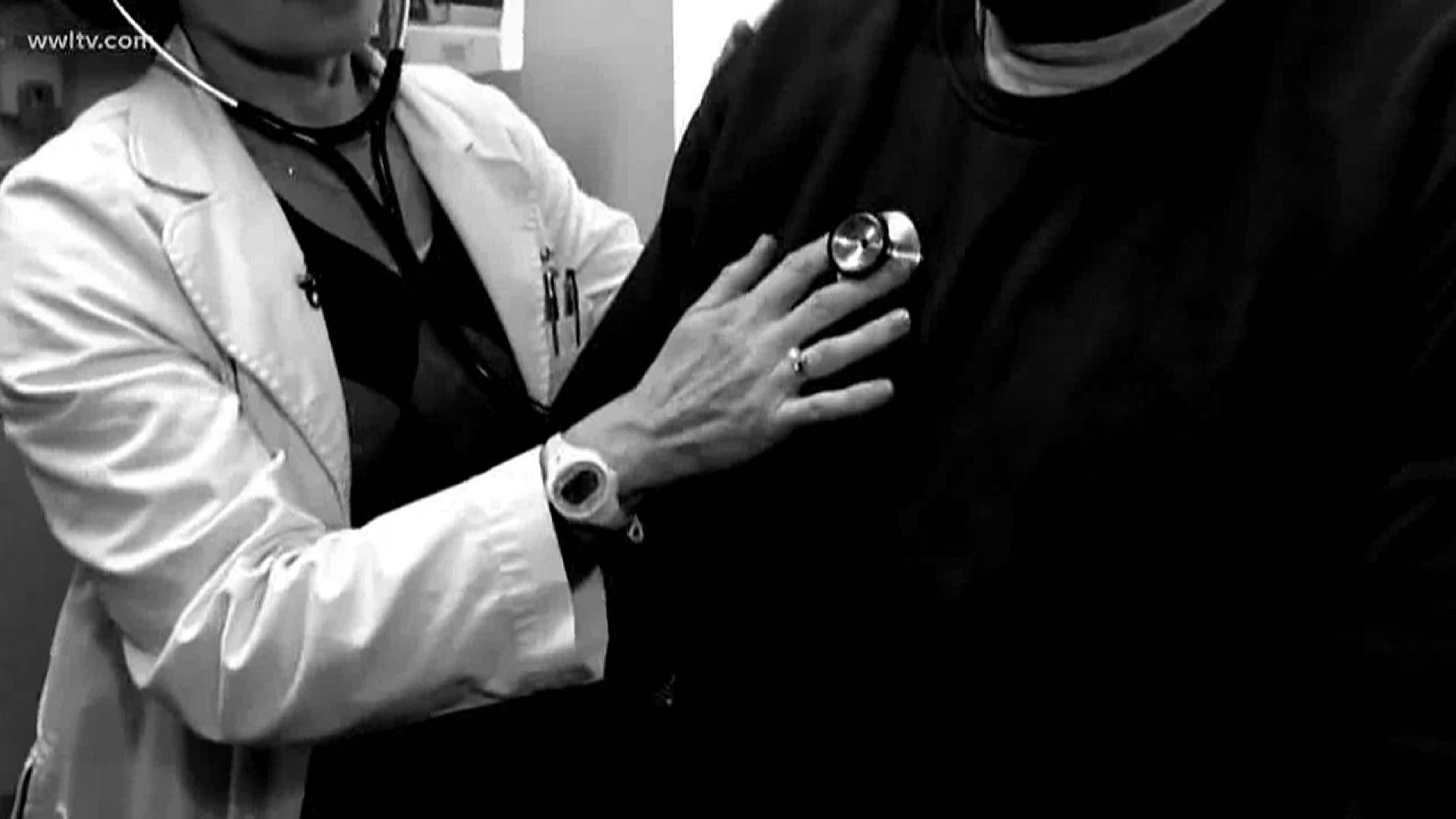 NEW ORLEANS — Stroke is the number one cause of disability in adults in the U.S.

The South has been described as the stroke belt, and New Orleans as the belt’s buckle. That’s because so many local people suffer from strokes.

Doctors are seeing a dangerous trend during the coronavirus pandemic, patients having a stroke and not going to the hospital.

Warren Roland will never forget that day in December and his girlfriend’s quick reaction.

"She immediately noticed that I was drooping on my left side of my face and I was slurring my speech. She said, 'Stop doing everything. You are having a stroke,'" Roland remembers.

She dialed 911. Warren was rushed to the ER in time to get the medicine to break up the clot before it caused debilitating permanent brain damage.

"If my girl would have listened to me and not called 911, I wouldn’t be sitting here today speaking as well as I’m speaking," Roland said.

"I have a lot of friends and family that I’ve spoken with and they say, 'Oh, I’m not going to the hospital,'  because they fear that they’re going to get COVID,” he said.

"Even over the last week, we’ve had several cases where patients waited to come in and they’ll tell you they were worried, you know, they didn’t want to get exposed to the virus," said Dr.Justin Salerian, Medical Director of the Comprehensive Stroke Program at Tulane University.

Dr. Salerian is seeing people with permanent brain damage and disability because of coronavirus fears. In fact, he is seeing 50 to 70 percent fewer patients than usual come in for help. He stresses stroke and heart attack are medical emergencies where time is of the essence. And he assures medical and COVID-19 patients are separated.

"If you’re having a problem, go to the hospital. Go have it checked out," Roland stressed.

It's a decision that changed Warren’s future.

Signs of a stroke are sudden changes in your ability to move your face, your arm on one side, or trouble speaking.

RELATED: People who need the hospital are delaying treatment for fear of COVID-19 infection, doctors say