"I think one thing that this VA study does show us is, it’s not a miracle drug." 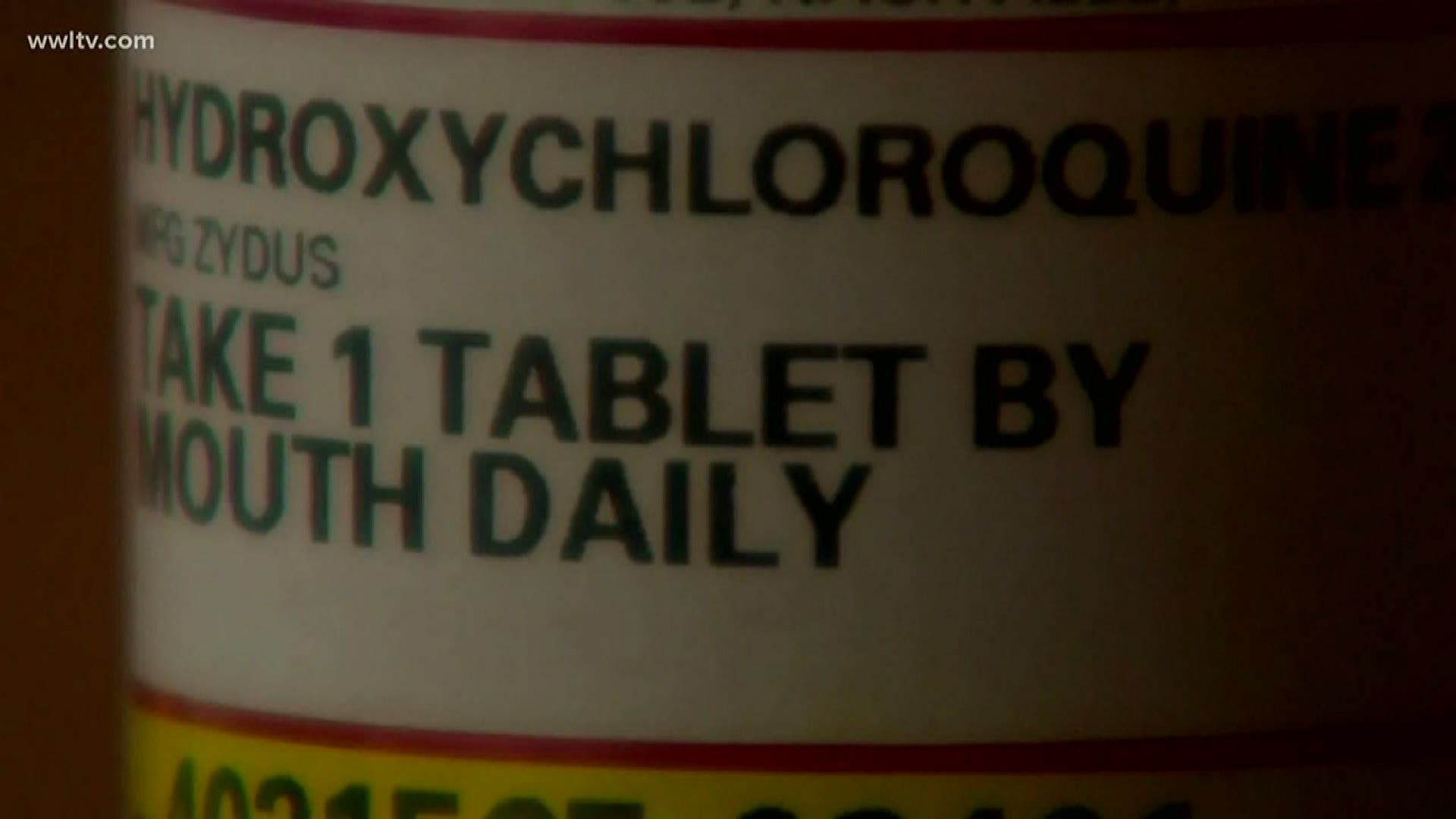 NEW ORLEANS — A Malaria drug widely touted by President Donald Trump as a possible treatment for COVID-19, showed no benefit in a large analysis of its use in U.S. veterans hospitals.

A study of COVID-19 patients’ medical records showed higher deaths rates among patients who took hydroxychloroquine compared to those who did not.

The VA study was not a randomized trial and it involved very sick people.

Dr. Meredith Clement is an infectious disease specialist with LSU Health New Orleans. She said findings in this particular hydroxychloroquine study should be interpreted with caution.

"I think one thing that this VA study does show us is, it’s not a miracle drug,” Clement said. “Everyone who got it, didn’t get better. But, a lot of unanswered questions remain. Did the people who got it, were they already too sick.”

Dr. Clement said the medical community believes hydroxychloroquine may be more effective with patients in the earlier stages of the illness.

“Either after exposure before any patient has any signs or symptoms at all or once they start to show signs and symptoms, but very early on in the disease course," Clement said. “Earlier may be better.”

“The science is telling us that hydroxychloroquine, the mechanism is that it stops the replication of the virus, prevents it from entering into a cell.” Tulane Epidemiologist Patricia Kissinger, PhD said.

Kissinger said her research team is looking to enroll 500 people in Orleans and Jefferson Parishes to participate in the study.

“This is for people who are not infected,” Kissinger said. “They have been exposed, but they’re not infected. So, we’re trying to prevent them from becoming infected.”

Dr. Clement says we need more large scale, randomized trials, like the one she’s currently involved in at University Medical Center in New Orleans to make sure they aren’t doing more harm than good with hydroxychloroquine.

“It’s certainly not a game changer, but we need more data to really understand does it work,” Clement said

Researchers say while hydroxychloroquine may not be a magic bullet, they hope to find some benefit for COVID-19 patients.

The entire study is done at home. A courier will bring the medicine to participants. They will have telemedicine visits from doctors and a courier will pick up their swabs. Patients are reimbursed for their time.