This year Jazz Festing is a state of mind

Fans try to keep the mood with music from the radio and food from favored vendors. 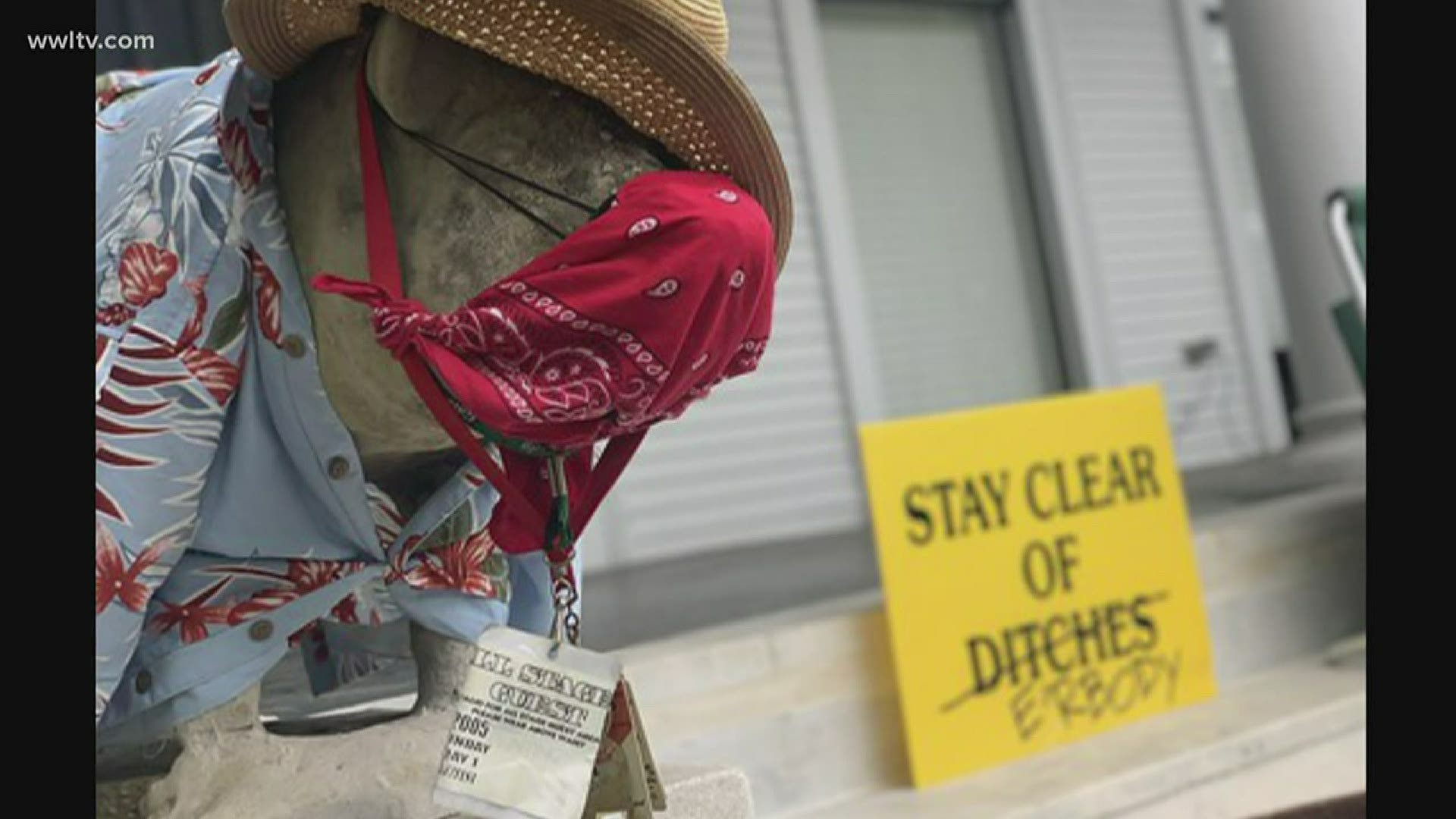 NEW ORLEANS — The Bayou St. John neighborhood is where some people pledge allegiance to another flag this time of year.

That yellow one with the familiar second-line silhouette on it.

“If a major holiday left, what would you be doing? Who would you be with? Who's your family, who are your friends where do you gather up?” asked Jay Cooke, who sat with a small group of friends outside of the Fair Grounds gate on Fortin Street. “And this is it.”

The group of couples has been festing together for years. They even flew their group flag above their makeshift spot.

RELATED: Jazz Fest would have kicked off today, instead we're 'Festing in Place'

And dancing, just like they would any other time, as WWOZ broadcast fest favorites from years past.

Tom O'Connor, who's lived across from the Fair Grounds for the last decade, loves this time of year, but he says he's staying inside right now with his radio tuned to WWOZ as well.

“It's Jazz Fest. This is such a fabric of our social makeup here,” he said.

And if there are some here near the Fair Grounds looking to get the sights and sounds of the fest, across town there are others who are trying to recreate the smells and tastes.

Inside the Pythian Market, the Loyola Avenue food court has become an ad-hoc Jazz Fest food booth where some fest vendors are cooking up some of the mouthwatering favorites.

Jeff Levy with TJ Gourmet has alligator sausage and crab cakes among the items he’s cooking.

He’s fed festgoers for nearly 40 years, but his customers this year are placing their orders online instead of in line -- but he wouldn't have it any other way right now.

“It's something that when you've been doing something so many years you don't know anything else this time of year,” he said. “You really don't.”

And that's why people like Andrew Gottsegen pulled up to the Pythian. On the menu for lunch?

"Barbeque shrimp po-boy and a shrimp remoulade po-boy,” he said. “Those are some of my favorite things.”

It was order-up a few minutes later.

“Smells great. I'm looking forward to it,” he said as he held the bag of food.

Back across town, the lack of those sights and smells hit home for O'Connor.

“Jazz Fest is the heart and soul of this city. I'm tearing up again. It's tough to lose it,” he said as he held back tears.

But he's certain of one thing.