“We’ve not processed one (loan) because of the system glitches that we’ve seen over the past two days,” Jefferson Financial Credit Union President and CEO Mark Rosa 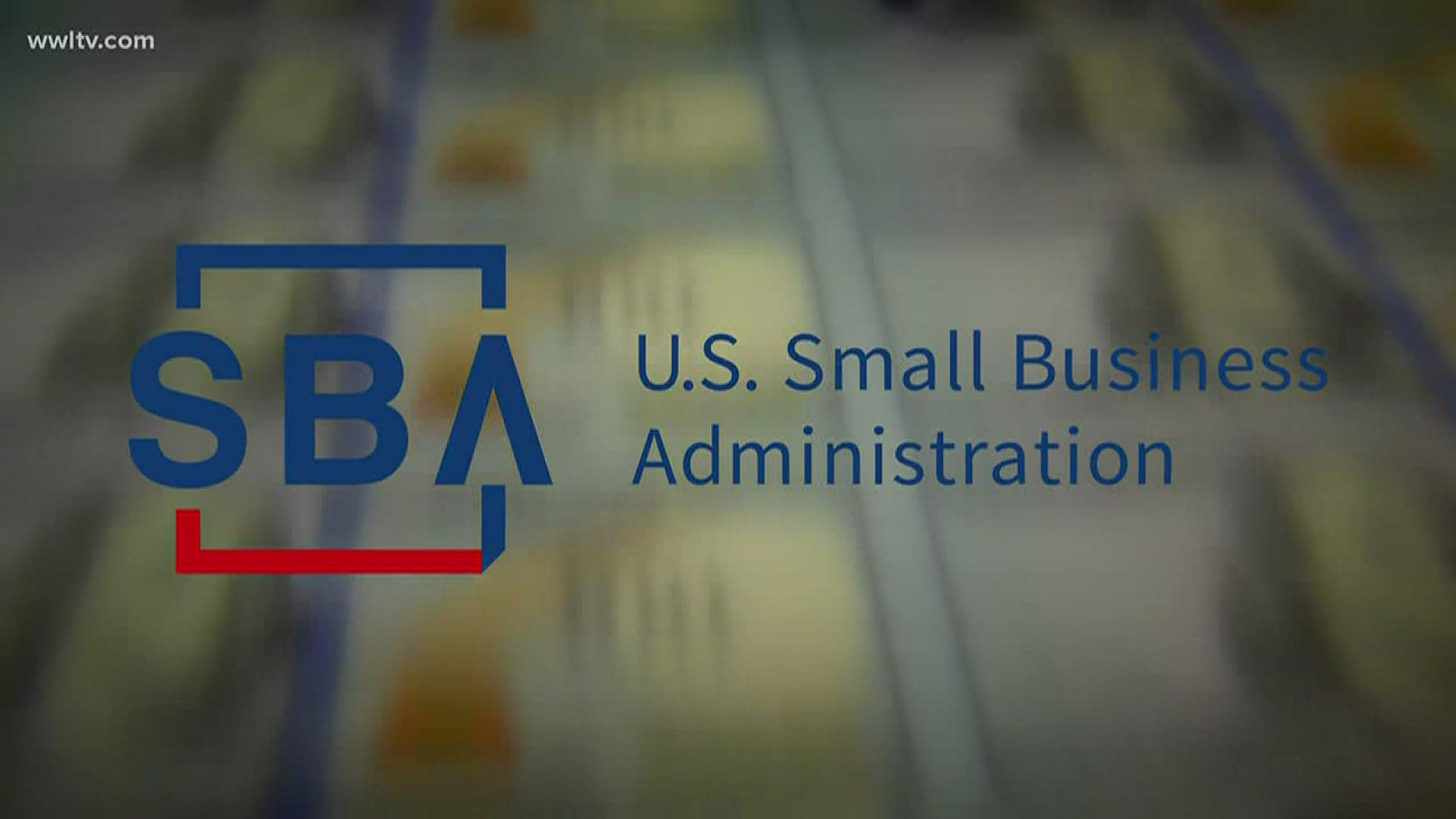 NEW ORLEANS — Small businesses in the New Orleans area are struggling financially because of the Coronavirus outbreak.

To make matters worse, they are also having little success accessing the billions of dollars in SBA loans, set aside by Congress to pay employees and business expenses for the next two months.

“We’ve not processed one (loan) because of the system glitches that we’ve seen over the past two days,” Jefferson Financial Credit Union President and CEO Mark Rosa said.

Rosa said because of the glitches, the Paycheck Protection Program has pretty much been on hold.

The program provides forgivable loans up to $10 million to small businesses in distress.

According to Rosa, the SBA website crashed on Tuesday and right now there’s a lot of unanswered questions about the loans.

Nationally, the SBA has generated nearly 400,000 loans for more than $100 billion since the program began on April 3, according to an SBA spokesperson. That's more than $28 billion in loans they gave out for the entirety of 2019.

The relief package also allows more people to be eligible to apply for unemployment.

The Coronavirus Aid, Relief, and Economic Security Act (CARES) expanded the scope of individuals who are eligible for benefits to furloughed, self-employed, or gig workers.

Litrice Harris is an independent contractor from Chalmette.

She applied for unemployment benefits because her real estate company isn’t selling any houses these days.

“It’s messed up for a lot of people because our livelihoods literally stopped,” Harris said.

For two weeks, the Louisiana Workforce Commission has sent Harris an email notifying her, she is entitled to “zero” dollars in benefits.

“You can’t really get in touch with anybody because the phone lines are jammed, so that’s the problem, so it’s just a waiting period,” Harris said.

Help may soon be on the way for Harris and others waiting on unemployment benefits.

He said the state will begin paying out the $600 per week in CARES Act benefits on Monday.

“This is really important, this includes the 1099, the salon, the gig and other self-employed workers,” Edwards said.

The governor said the best hours to file for unemployment benefits are between 10 p.m. and 4 a.m., because of the volume of claims.

He urged people to file online at laworks.net

To find out more about Paycheck Protection Program loans from the SBA, officials say you should start with your current bank or lender. If they're not part fo the program, you can find a local lender here.

RELATED: VERIFY: President Trump has small financial stakes with hydroxychloroquine, but he doesn’t control them

RELATED: VERIFY: False claim alleging a Harvard professor was arrested for selling virus got more than one thing wrong