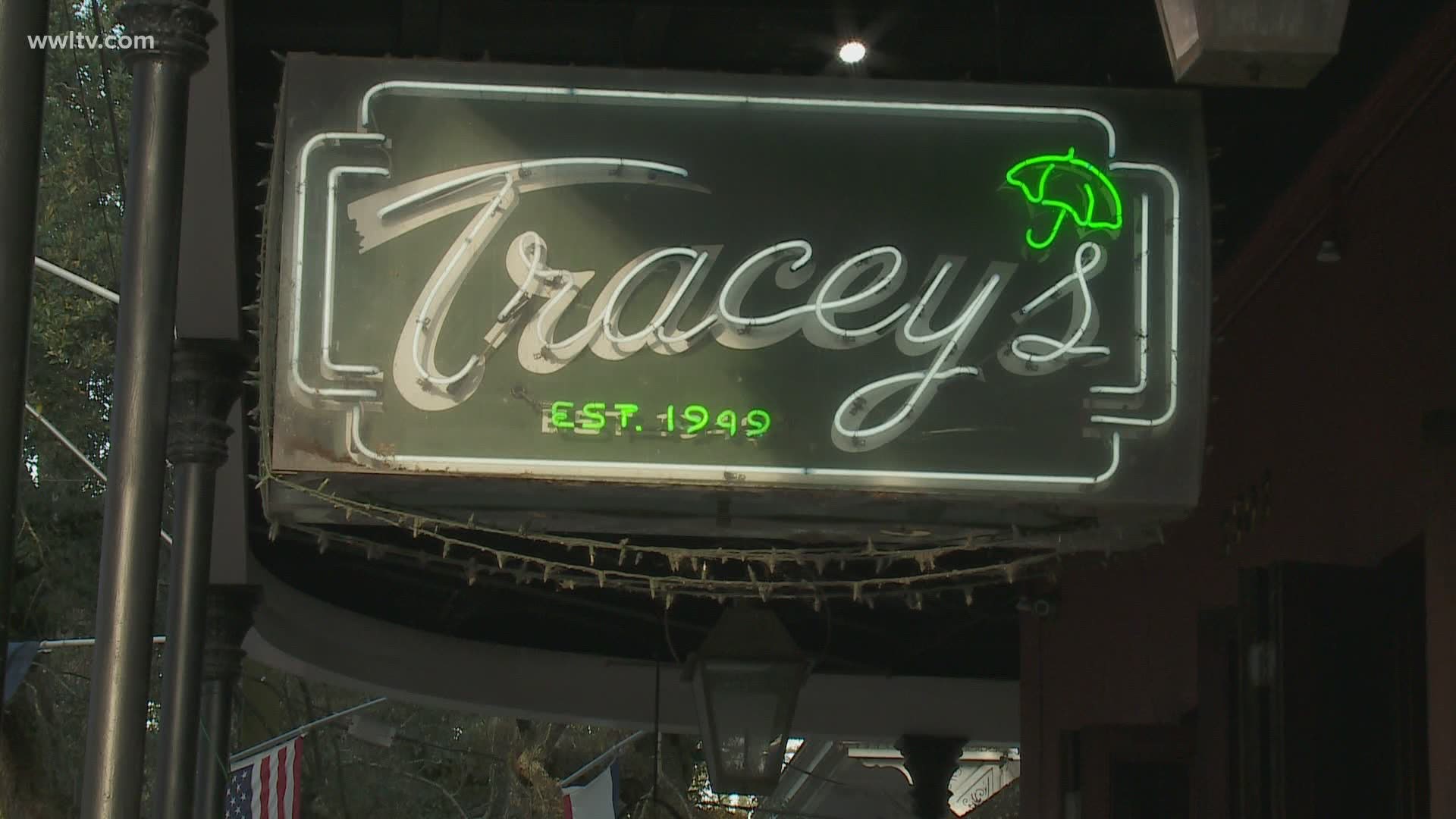 NEW ORLEANS — Tracey’s Original Irish Channel Bar is reopening Friday after the city of New Orleans shut it down for coronavirus violations.

Tracey’s owner Jeff Carreras disputes that Tracey’s violated any guidelines when patrons gathered to watch Monday night’s Saints game. The city issued a cease and desist order against Tracey’s on Wednesday after seeing social media posts from Tracey’s own Twitter and Facebook accounts showing the crowd cheering a Saints touchdown during the loss to the Las Vegas Raiders.

The city shut Tracey’s down for failing to enforce mask and social distancing requirements and for letting patrons sit at the bar. But Carreras said the tables were all at least 6 feet apart, in accordance with guidelines, the patrons not wearing masks were all sitting at their tables as permitted, and the bar in the video was actually an island that serves as a table for food service.

When WWL-TV went in the establishment Wednesday, the bar normally used for beverage service was several feet away from the island and was lined with food-service tables, blocking patrons from standing at the beverage-service bar.

The city allowed Tracey’s to reopen when Safety and Permits Interim Director Tammie Jackson sent a text to Carreras approving a written corrective action plan Tracey’s had filed. Jackson’s message said the city would continue to monitor Tracey’s to make sure the “plan is being executed as presented.”

Carreras said City Hall is unfairly targeting Tracey’s after Mayor LaToya Cantrell posted a comment on Twitter in March about a large gathering at Tracey’s for St. Patrick’s Day, immediately after the coronavirus outbreak had forced the city to shut down businesses and limit public gatherings.

Mayoral spokesman Beau Tidwell told WWL-TV on Friday that four other establishments – Carre, Estrella and Industry on Decatur Street and Haifa Hookah on Canal Street – had also been shut down for coronavirus violations. He said the city has issued written warnings to two others that were not shut down – Saints and Sinners on Bourbon Street and CBD Social on St. Charles Avenue.