The rally is expected to be the biggest indoor event the country has seen since coronavirus restrictions began in March. 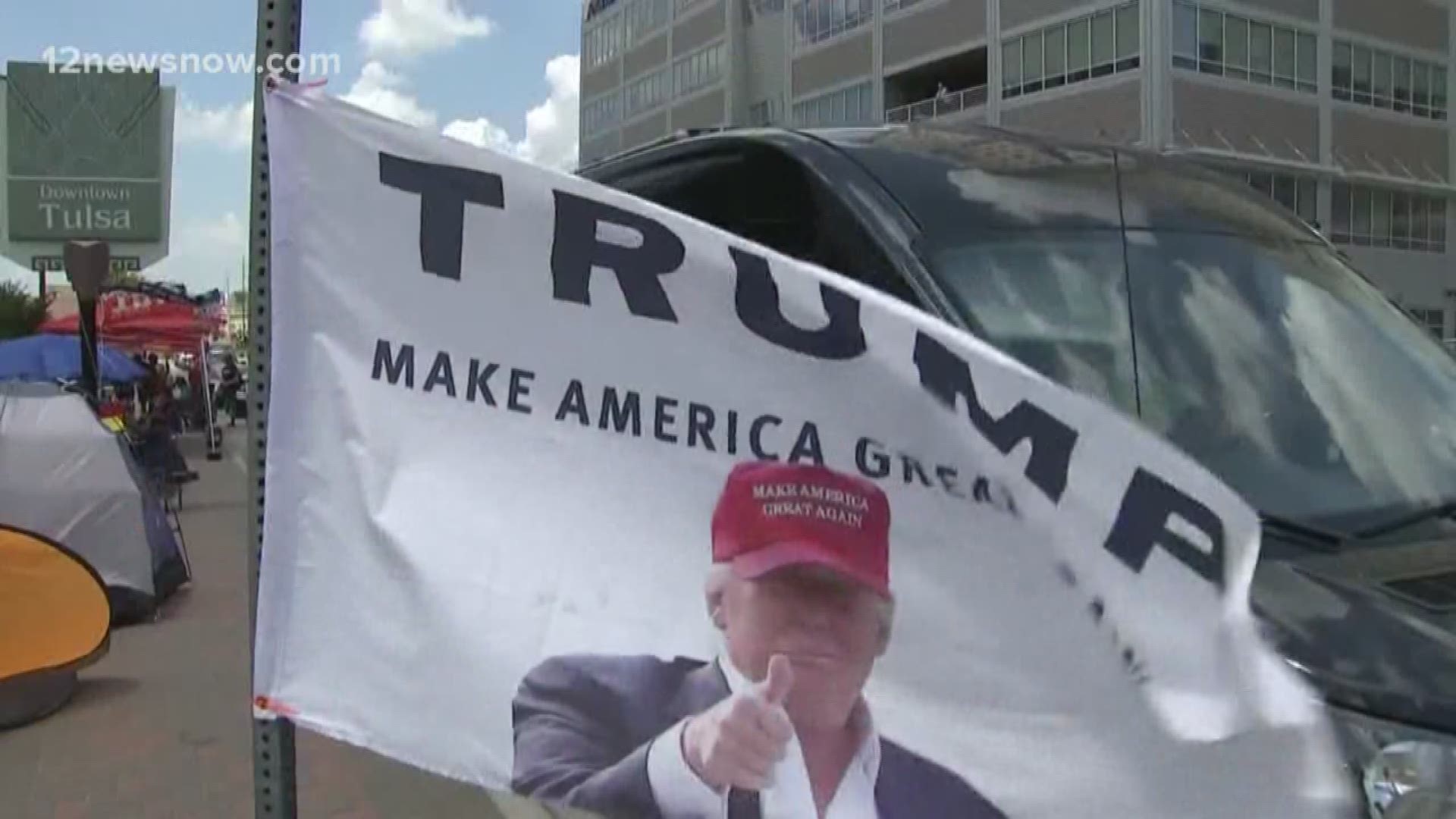 The campaign's communications director, Tim Murtaugh, said in a statement that “quarantine procedures” were immediately initiated and no staff member who tested positive would attend the event. He said no one who had immediate contact with those staffers would attend, either.

Murtaugh said campaign staff members are tested for COVID-19 as part of the campaign's safety protocols.

Campaign officials say everyone who is attending the rally will be given temperature checks before they pass through security. They will also be given masks to wear, if they want, and hand sanitizer at the 19,000-seat BOK Center.

The rally was expected to be the largest indoor gathering in the world during the pandemic.

Tulsa has seen cases of COVID-19 spike in the past week, and the local health department director asked that the rally be postponed. But Republican Gov. Kevin Stitt said it would be safe. The Oklahoma Supreme Court on Friday denied a request that everyone attending the indoor rally wear a mask, and few in the crowd outside Saturday were wearing them.

The staffers were quarantined and according to a statement from the campaign obtained by CNN, "No COVID-positive staffers or anyone in immediate contact will be at today's rally or near attendees and elected officials."