President Trump halts COVID-19 relief talks until after the election

Trump has used a flurry of tweets to press for Congress to approve $1,200 stimulus checks and new aid for airlines and other businesses hard hit by the pandemic. 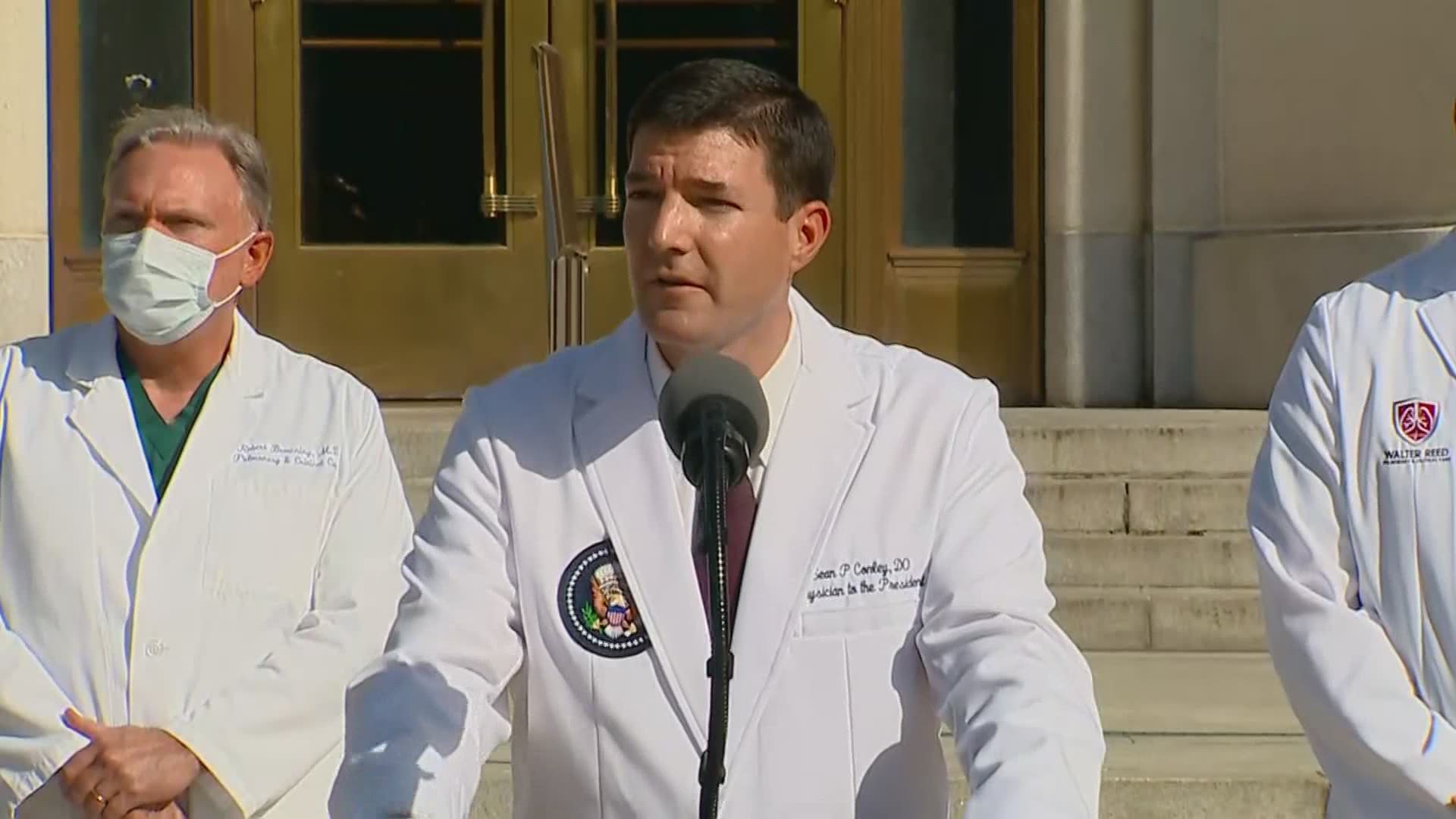 WASHINGTON — The White House on Wednesday tried to salvage its favorite items lost in the rubble of COVID-19 relief talks that President Donald Trump blew up, with his administration pressing for $1,200 stimulus checks and a new wave of aid for airlines and other businesses hard hit by the pandemic.

In a barrage of tweets, Trump pressed for passage of these chunks of assistance, an about-face from his abrupt and puzzling move on Tuesday afternoon to abandon talks with a longtime rival, House Speaker Nancy Pelosi. The California Democrat has rejected such piecemeal entreaties all along.

Trump's tweets amounted to him demanding his way in negotiations that he himself had ended.

He called on Congress to send him a “Stand Alone Bill for Stimulus Checks ($1,200)” — a reference to a preelection batch of direct payments to most Americans that had been a central piece of negotiations between Pelosi and the White House.

“I am ready to sign right now. Are you listening Nancy?” Trump said on Twitter Tuesday evening. He also urged Congress to immediately approve $25 billion for airlines and $135 billion the Paycheck Protection Program to help small businesses.

If I am sent a Stand Alone Bill for Stimulus Checks ($1,200), they will go out to our great people IMMEDIATELY. I am ready to sign right now. Are you listening Nancy? @MarkMeadows @senatemajldr @kevinomccarthy @SpeakerPelosi @SenSchumer

The House & Senate should IMMEDIATELY Approve 25 Billion Dollars for Airline Payroll Support, & 135 Billion Dollars for Paycheck Protection Program for Small Business. Both of these will be fully paid for with unused funds from the Cares Act. Have this money. I will sign now!

Trump's decision to scuttle talks between Treasury Secretary Steven Mnuchin and Pelosi came after the president was briefed on the landscape for the negotiations — and on the blowback that any Pelosi-Mnuchin deal probably would have received from his GOP allies in Congress.

“It became very obvious over the last couple of days that a comprehensive bill was just going to get to a point where it didn’t have really much Republican support at all," White House chief of staff Mark Meadows said Wednesday on Fox News. “It was more of a Democrat-led bill, which would have been problematic, more so in the Senate than in the House."

The unexpected turn could be a blow to Trump's reelection prospects and comes as his administration and campaign are in turmoil. Trump is quarantining in the White House with a case of the coronavirus, and the latest batch of opinion polls shows him significantly behind Democrat Joe Biden with the election four weeks away.

Trump's withdrawal from the talks came immediately after he spoke with the GOP leaders in Congress, Many Republican senators had signaled they would not be willing to go along with any measure that topped $1 trillion, and GOP aides had been privately dismissive of the prospects for a deal. Any Pelosi-sponsored agreement of close to $2 trillion raised the potential of a GOP revolt if such a plan came to a vote.

Pelosi and Mnuchin talked briefly on Wednesday morning about the chances for a stand-alone airline rescue, Pelosi spokesman Drew Hammill tweeted. Pelosi directed Mnuchin to a measure she had attempted to pass on Friday on short notice under fast-track procedures, but only after Democrats made a number of changes Republicans did not like.

The talks have been troubled from their start in July and never appeared to close in on an agreement both sides could embrace.

RELATED: According to new book, Trump suggested daughter Ivanka be his 2016 running mate

Pelosi had been demanding a host of Democratic wins on food aid, unemployment benefits, help for renters and homeowners, and aid to state and local governments. Republicans charged she was dragging the talks to deny Trump a political victory before the Nov. 3 election.

Early rounds of virus aid passed by overwhelming margins as the economy went into lockdown in March. After that, Trump and many of his GOP allies focused on loosening social and economic restrictions as the key to recovery instead of more taxpayer-funded help.

Still, the decision to halt negotiations now could be politically perilous. While the stock market has clawed much of its way back after cratering in the early weeks of the crisis, unemployment stands at 7.9%, and the nearly 10 million jobs that remain lost since the start of the pandemic exceed the number that the nation shed during the entire 2008-09 Great Recession.

The economy has recovered more quickly than most economists had expected, largely because of the aid Congress approved in a $2 trillion package in March. The $1,200 stimulus checks, supplemental $600 unemployment benefits each week, and aid to small businesses boosted household incomes and enabled many low-income Americans to pay bills and rent and maintain their overall spending, according to data from Opportunity Insights.

But the recovery has slowed and certain sectors such as restaurants, hotels, theaters and airlines remain in bad shape, shedding jobs and risking permanent realignment. Without more stimulus, economists expect growth will slow significantly in the final three months of the year.

“You’re going to see quite a significant drag on growth,” said Gregory Daco, chief U.S. economist at Oxford Economics, a consulting firm. It “would really risk a double-dip recession.”

OUR GREAT USA WANTS & NEEDS STIMULUS. WORK TOGETHER AND GET IT DONE. Thank you!