US passes 2,000 COVID-19 deaths in one day for first time since May

Hospitalizations of COVID-19 patients are setting new records daily, leaving some hospitals struggling to keep up with non-coronavirus cases. 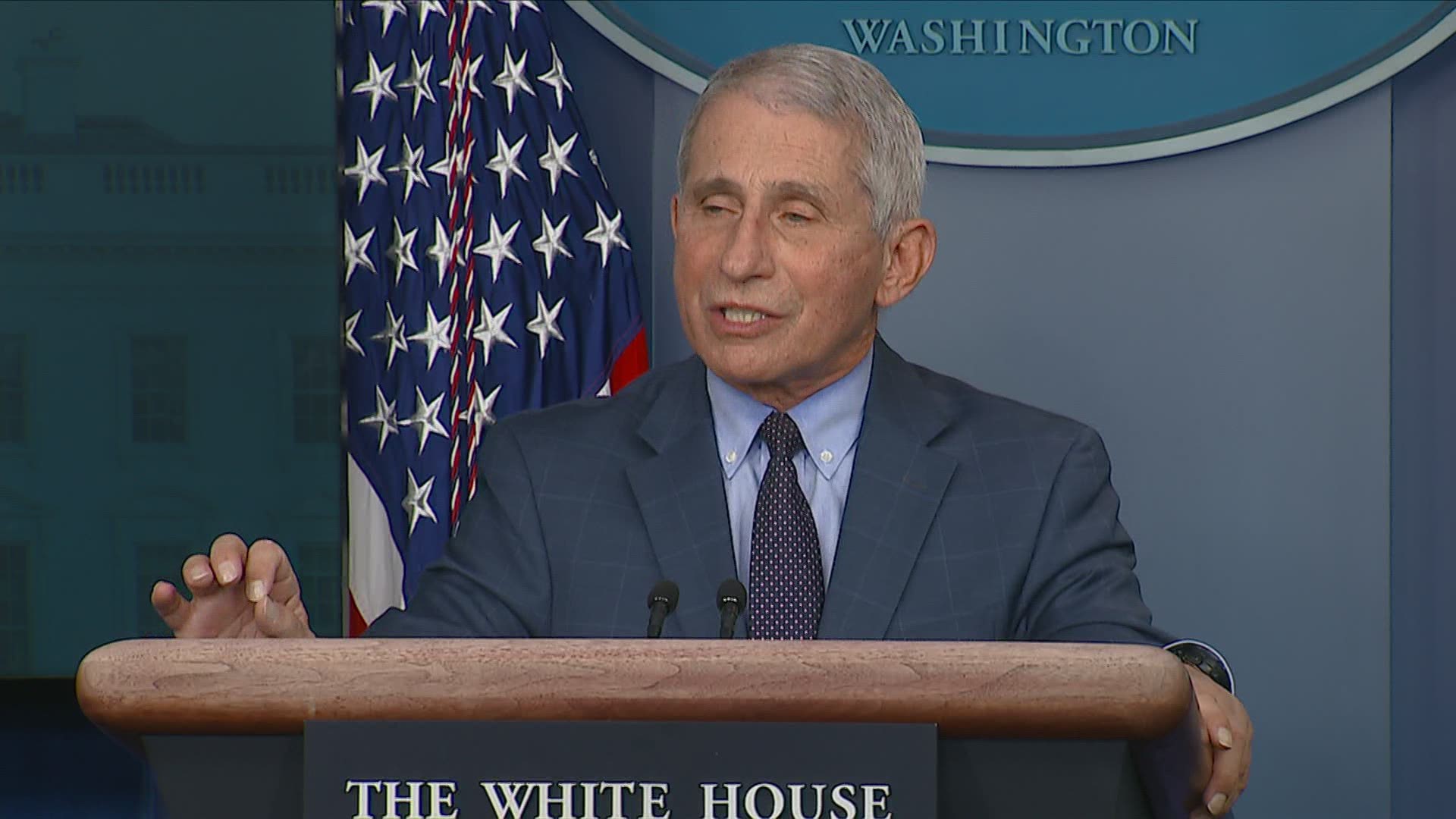 The U.S. reported more than 2,000 deaths from coronavirus for the first time in more than six months Thursday. It came as the White House put an optimistic view on plans for a vaccine rollout, but as the nation's top health agency urged Americans to not travel for Thanksgiving.

There were 2,015 deaths due to COVID-19 Thursday, according to a Johns Hopkins University tracker that reported the daily total just before 2 a.m. EST Friday. That's the first time since May 6 the one-day toll crossed 2,000. The U.S. also had a record number of daily cases Thursday with 187,833.

Additionally, there was a record number of U.S. COVID-19 patients in the hospital (80,698) and in intensive care (15,573), according to the COVID Tracking Project. Nearly 4,900 were on ventilators. Those hospital numbers are key because some facilities are struggling to keep up with non-coronavirus cases ranging from broken bones to heart attacks in states where COVID-19 cases are tying up resources.

The Centers for Disease Control and Prevention pleaded with Americans on Thursday not to travel for Thanksgiving and not to spend the holiday with people from outside their household.

Whether Americans heed the warning is another matter. The deadly comeback by the virus has been blamed in part on pandemic fatigue, or people getting tired of masks and other precautions. And surges were seen last summer after Memorial Day and July Fourth, despite blunt warnings from health authorities.

The White House held its first coronavirus task force press briefing since July Thursday. President Donald Trump was not present, but Vice President Mike Pence offered an upbeat assessment of the America's status in dealing with the virus and preparations for distribution of a vaccine.

Fauci said the Food and Drug Administration would thoroughly study the data before it approves any emergency use of a vaccine, and he wants to "put to rest any concept that this was rushed in an inappropriate way. This is really solid."

Pfizer and Moderna have both announced their vaccines, which are nearly the end of clinical trials, are about 95% effective. Fauci put that on par with the measles vaccine. But he said it won't matter that much if people avoid getting it.

Health and Human Services Secretary Alex Azar said Pfizer and BioNTech will seek emergency government approval for their vaccine on Friday. He's previously stated that high-risk patients and health workers would be among the first to get it. It would be made available to the general public by March or April.

President-elect Joe Biden met Thursday with governors from both parties. He expressed that Trump's efforts to block his transition has made it difficult to get "everything we need" in regards to the virus and vaccine distribution plans.

Even as he warned of the gravity of the situation, however, Biden reiterated his previous pledges not to institute a nationwide shutdown to curb the virus's spread, and repeated that more states instituting mask-wearing mandates could save tens of thousands of lives.

The FDA on Thursday cleared the new use for Eli Lilly's pill baricitinib plus remdesivir for hospitalized adults and children two years and older requiring oxygen or ventilation therapy due to COVID-19. 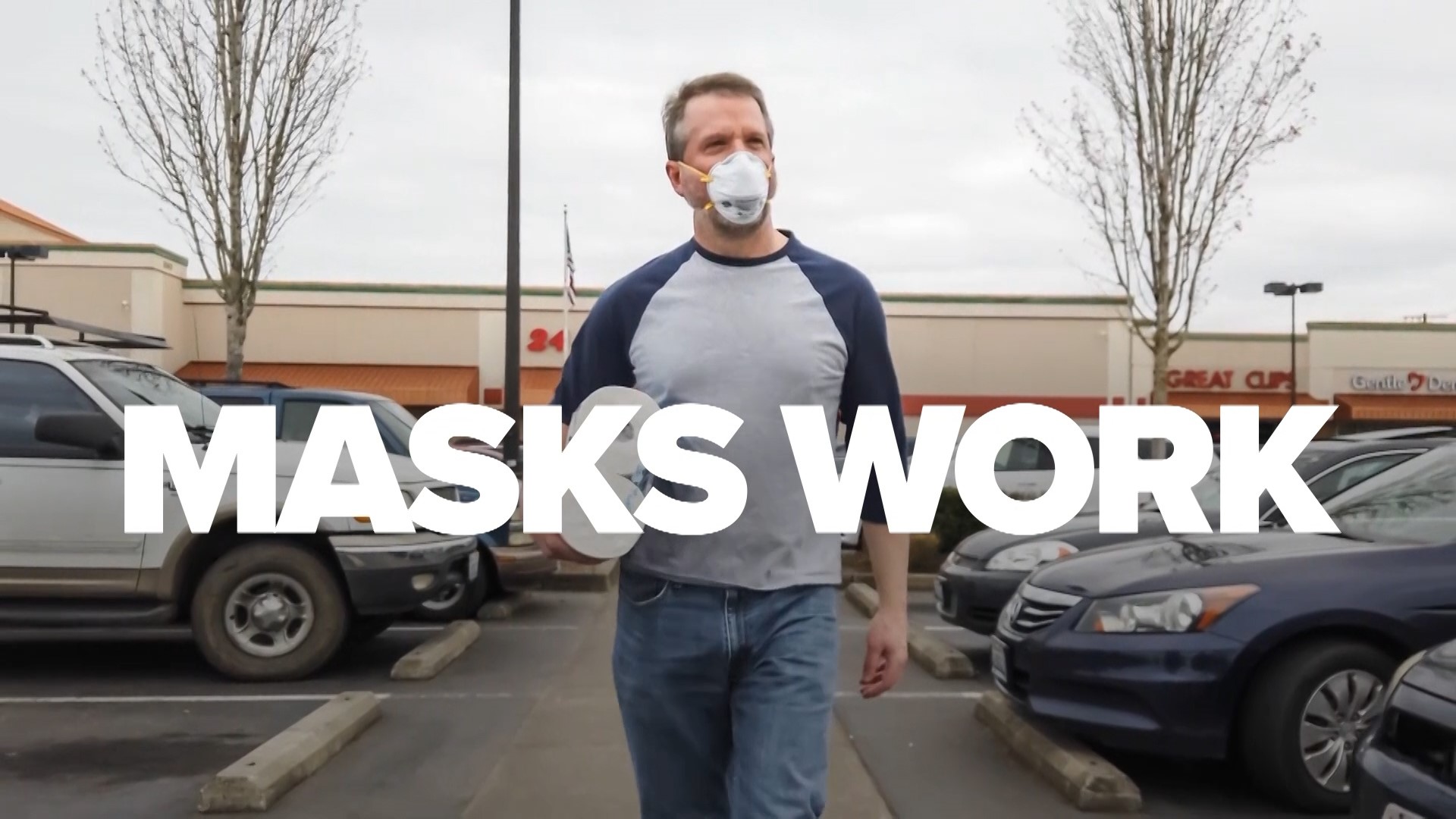 Editor's note: Johns Hopkins often revises their daily numbers based on new information, so the numbers quoted may go up or down slightly.